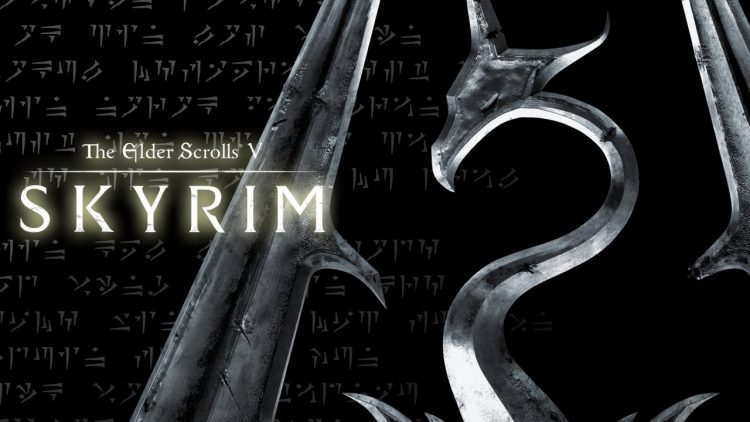 The Elder Scrolls V: Skyrim is an open-world action role-playing video game developed by Bethesda Game Studios and published by Bethesda Softworks. It is the fifth main add-on installment in The Elder Scrolls series. Skyrim was the game released to critical acclaim with reviewers particularly mentioning the character advancement and setting which makes it considered to be one of the greatest video games of all time.

When it comes to open-world RPG games, there are only a few games that can be compared to The Elder Scrolls V: Skyrim. After spending months and years in the game grinding, the game still feels exciting and peerless.The Elder Scrolls V: Skyrim has contributed to the rise in popularity of Open-World RPG games, but there are plenty of other games similar to Skyrim with character customization, and reams of lore to learn as well as the casual battles with dragons and creatures.

Middle Earth: Shadow Of War is an action role-playing video game developed by Monolith Productions and published by Warner Bros. Interactive Entertainment. The game is massive and will keep you occupied for a long time. You can master the combat controls swiftly and unlock new abilities and gain new equipment when things start to get too repetitive. There are always things to do, making for a long and enjoyable playthrough.

Middle Earth: Shadow of War and The Elder Scrolls V: Skyrim both the games have orcs, although the two races are radically distinct for the major part.  Providing thrilling gameplay, a flowing combat system, a pleasing token landscape, challenging charismatic bosses, a deeper story, and a bigger end game mechanic to keep the player entertained for many hours.

The GreedFall is an action role-playing game developed by Spiders and published by Focus Home Interactive. The game is set in an early 17th century-styled fantasy setting. The player, alongside other settlers, mercenaries, and treasure hunters, explores a remote island where the locals, who are fighting off invading settlers, are protected by supernatural beings. The GreedFall includes combat, diplomacy, and stealth. The player’s decisions influence and affect the game’s story along with the relationship between the different factions established on the island.

The pace of fights is great and the animations are quite eye-catching and show a lot of attention to detail. There’s a mix of mooks you can mow down to feel powerful and genuinely hardcore challenging bosses that will test your composure and reflexes. In addition, magic adds a lot of utility to the mix, there’s a very in-depth gear system complete with simple but satisfying crafting elements to customize your swords, helmets, firearms, and other tools of the trade.

Each gear has a few different options for upgrades such that you can focus more on dealing armor damage but with fewer hitpoints. The journey from starter rags to the exciting stuff feels meaningful and satisfying which keeps the user entertained for many hours without boredom.

As the player fights and gains experience, additional levels are unlocked. With each level gained, the player gains three ability points which can be invested in the skill-tree system to unlock or augment the 22 abilities or put points into one of the other trees. By completing Faction quests and investing ability points in certain amounts in minimum combinations in the various skill trees, the player can also unlock various “destinies”, which add positive buffs to the player.

The combat includes a ‘fate’ system that allows players to accumulate ‘fate points’ and ultimately enter ‘Reckoning Mode’, a slow-motion mode that allows the player to quickly dispatch enemies. The player can travel on land, jump down from predesignated spots and swim in the water just like galavanting about the bold, brisk lands of Skyrim.

The player has the ability to communicate with, rob, or kill NPCs; each of these actions has its own consequences. Weapons and armors can be purchased from shops, looted from fallen enemies, or discovered among hidden treasures. Rarer and better ones are awarded as part of quests. However, the best weapons and armor are only achieved through crafting.

Dragon Age: Inquisition is a 2014 action role-playing video game developed by BioWare and published by Electronic Arts. The player can choose a race for their player character: human, dwarf, elf, or Qunari, a playable race for the first time in the series. Players also can customize the Inquisitor’s physical appearance and gender, among other things.

The game has a semi-open world structure, as the world is broken up into several sections, which players can freely explore. To allow players to navigate the game’s world faster, players can ride the creatures which make the game more exciting. The various regions that make up the game world do not scale in level, meaning players can be too weak or strong for the enemies found in a region.

Players can choose from three classes which feature warrior, mage, and rogue. Warriors are sword and heavy weapon wielders who can absorb a lot of damage from hostiles whereas rogues are equipped with either daggers or bows and arrows and mages are practitioners of magic that can cast spells on enemies. Each class has its own stats and attributes. This feature makes the game more interesting and exciting and keeps the user entertained for long hours. In addition, there are plenty of weapons, armor, and a fulfilling reward system that provides essential materials for progression.

The Witcher 3: Wild Hunt is an action role-playing game published by a Polish Developer and is based on The Witcher series of fantasy novels. The game features a third-person perspective. Players control Geralt of Rivia, a monster slayer known as Witcher. He has a variety of weapons, including bombs, a crossbow, and two swords. The steel sword is used primarily to kill humans while the silver sword is more effective against creatures and monsters.

The game has responsive, advanced artificial intelligence (AI) and dynamic environments which influence some monsters and creatures like the werewolf that become more powerful at the night of a full moon. This feature makes the video game more exciting and challenging to play. Players can learn about their enemies and prepare for combat by reading the in-game bestiary. Players can loot the corpses for their valuables as well.

Character progression and equipment choices are equally impactful. The game focuses on narrative and has a conversation tree that allows players to choose how to respond to non-player characters. The user must make decisions that change the state of the world and lead to 36 possible endings, affecting the lives of in-game characters. The Witcher 3 is a game of great length and won’t fail in entertaining the enemies for longer hours.

Guild Wars 2 is a massively multiplayer online role-playing game developed by ArenaNet and published by NCSoft and ArenaNet. Guild Wars 2 uses a skill-based combat system, whereby players must select only 10 skills from a much larger pool, introducing an element of strategy. Guild Wars 2 is a staggering triumph of original world design, one that even without the generous rewards would be worth exploring simply to gawk at the sights.

The story also extends to the numerous dungeons built for five-person groups, making each instanced set of challenges feel less like some separate, random pocket of enemies and more threaded together with the rest of the world. You’ll see cut-scenes with recurring characters throughout each dungeon played in the initial story mode, and you can return later to take on a dungeon’s more challenging explorable mode.

Guild Wars 2 is truly one of the great MMO games. Deep but versatile classes and professional systems, dynamic combat, and heaps of world events make the game more interesting and make the user enjoy the game. In addition to the small-scale, tactical combat described above, the game features “World versus World”,

large scale combat taking place in a persistent world independent of the main world. Players are able to drop in and out “on the fly” and possess the ability to construct siege weapons, with rewards commensurate with their success. Whether you are looking for competitive play, want to be told a story, or simply want to go for a walk through the beautiful fantasy world, Guild Wars II lets you do all the things with a minimal quantity of arbitrary, irritating limitations and without a subscription fee.

Demon’s Souls Is an action role-playing game developed by FromSoftware for the PlayStation 3 under the supervision of Japan Studios and was published in Japan by Sony Computer Entertainment. Players take on the role of an adventurer, whose gender and appearance are customized at the beginning of the game, exploring the cursed land of Boletaria.

Combat is reliant on timing for weapon strikes and blocks, with different weapon types opening up a variety of combat options and altering the player’s movement speed. Most actions drain a stamina meter, with its management forming a core part of combat.

By defeating an enemy, the player acquires Souls, which act as both experience points to raise various statistics; and the game’s currency for purchasing new weapons, armor, and items. As the player invests, the number of souls required increases. Along with souls, players can retrieve items such as weaponry and ore for upgrading. If you have loved Skyrim, this game is the best to go.

World of Warcraft (WoW) is a massively multiplayer online role-playing game (MMORPG) released in 2004 by Blizzard Entertainment. While in other MMORPG’s, players control a character avatar within a game world in third- or first-person view, exploring the landscape, fighting various monsters, completing quests, and interacting with non-player characters (NPCs) or other players.

However, in World of Warcraft, requires the player to pay for a subscription by using a credit or debit card, using prepaid Blizzard game cards or using a WoW Token purchased in-game. Players without a subscription may use a trial account that lets the player character reach up to level 20 but has many features locked.

As characters become more developed, they gain various talents and skills, requiring the player to further define the abilities of that character. Characters can choose two primary professions that can focus on producing items, such as tailoring, blacksmithing, or jewel crafting, or on gathering from resource nodes, such as skinning or mining.

Characters can learn all three secondary skills: archeology, cooking, and fishing. Characters may form and join guilds, allowing characters within the guild access to the guild’s chat channel, the guild name and optionally allowing other features, including a guild tabard, guild bank, guild repairs, and dues. In terms of entertainment, the World of Warcraft has everything like PvP game modes which makes the game challenging as well as enjoyable.

We know that you love Skyrim, but it is time to cut the cord, and move on to other games like Skyrim. The games listed above will keep you occupied for a while, and you might even forget Skyrim at some point. If you know some others games similar to Skyrim, then make sure to mention them in the comments below.