9 Best Music Bots For Discord You Must Try! 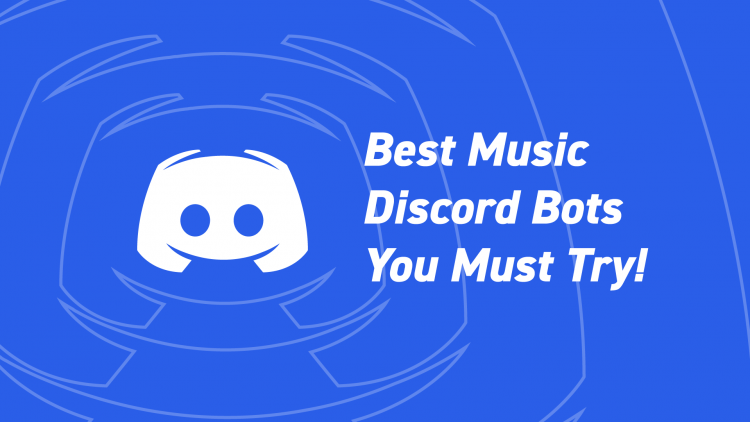 After its launch on 13 May 2015, Discord quickly grew to be one of the best, if not the best gaming chat service. Due to its simple and polished User Interface, advanced feature set no other gaming chat service could match its popularity. One of Discords biggest feature is the ability to add Discord Bots to your server. Discord Bots offer additional features that Discord natively doesn’t. For example: Discord bots can automate moderation by banning, warning or muting rule breakers, they can play music while you are in a voice channel with your friends, some bots also offer mini games that can be pretty fun. Today we will be showing you the 10 best music bots for your Discord Server.

How To Add Bots to your Discord Server

If you are new to Discord and don’t know how to add bots to your server, don’t worry it’s pretty simple. All you have to do is to go to the Bots website and click on the Add Bot To Discord Button, choose the server you want to add it to and accept the permissions it needs to function properly and Voila! The Bot will be added to your server. Do note that you need to have the ‘Administrator’ or ‘Manage Server’ permissions to add the Bot to a server you are not the owner of.

Now that you know how to add bots to your server, we will jump straightaway to our list of the 9 Best Music Bots For Discord.

Rhythm is one of the best Music Bots for Discord. It can stream songs from SoundCloud, YouTube, Spotify, and others. The commands are simple enough for everyone to remember. You can paste the link of the song or just type in the name of the song you want to listen to. Rhythm also offers features like automatically adding songs from your playlist once your current queue of songs is over.

Rhythm can also display the lyrics of the currently playing song or literally any song you want. Do note that Rhythm only works when you are connected to a Voice Channel, it currently doesn’t support playing music in Text Channels. You can also invite a second Rhythm to your server to play music in two Voice Channels at once.

Number two on our list is Groovy, another great Music Bot for Discord. It supports song streaming from a variety of sites such as YouTube, Apple Music, and Spotify. The commands are really easy to use and it offers a lot of different features such as playing songs with just their names, play and pause, lyrics and also playing songs on a loop.

Groovy can also make and edit playlists and shuffle songs in a playlist. Like many other Bots in this list, Groovy offers a premium subscription which adds features such as ‘Bass Boost’, ‘Audio Effects’, ‘Pitch’ and ’24/7′. Groovy is one of my personal favourites and I would recommend it to everyone who needs a Music Bot for Discord.

Fredboat is a powerful Music Bot for Discord. Like other bots on this list, Fredboat supports music streaming from a number of different sites such as YouTube, Bandcamp, SoundCloud, and many more. Fredboat also supports playlists to make listening to your songs, easier. It also plays recommended songs after your list ends.

Commands for the Fredboat are really simple and easy to use. Fredboat also offers a search functionality which will give you 5 options after you search for the song you want, you can choose any one of the options and Fredboat will play that song. Fredboat is an open-source software and is very trustworthy.

Fourth on our list is Octave, another great Music Bot For Discord. Octave is a simple to use bot with great features such as ‘Audio Filters’, ‘Custom Playlists’, and a lot of audio sources like YouTube, SoundCloud, and others. You can also add two Octaves to your server to listen to music in two Voice Channels simultaneously.

You can also search for the songs you want to play on Octave, instead of pasting the URL of the Song. The bot has a vey low latency and is online most of the time. Octave is also a personal favourite of mine along with Groovy.

Zandercraft is a bot mainly know for its fun and productivity focused features but one of its main selling points as a Music Bot is that it can stream Extra High Definition Audio or XHD and also support for playing Hi-Fi Music. It comes with all the features you would expect a Music Bot to come with like creating playlists, adding songs to a queue, searching for songs, and a few more.

If you are a music aficionado and you really want to listen to High Quality Extra High Definition on Discord, you should definitely check out Zandercraft. Along with its other fun and productivity focused features, Zandercraft is the perfect Bot if you want a Bot that can do more than just play music.

Number 6 on our list is the 24/7 Bot by Deluxe. Like other Bots, 24/7 can stream music from a number of different sources but what’s unique about this Bot is the fact that it can stream any Radio Station in the world, it can also stream live videos directly from YouTube. All the features you would explect from any decent Music Bot on Discord are also present here like play/pause, creating playlists adn adding songs to queue. Do note that some of these features are only available if you contribute to their patreon.

Premium features also include skipping songs, changing the volume of the bot, autoplay and shuffling the songs from your playlist. I would recommend this bot to anyone who wants a no nonsense music bot which can start playing songs with only one command.

BMO is more than just a regular Discord Bot for Music, it has many other features such as image manipulations, games, utilities, and more. However we will talk about how it performs solely as a Music Bot. It has all the basic features such as searching for songs instead of pasting links, a number of different music sources, queuing songs, and many more.

The bot has a very low delay time so it responds to commands fast and plays music quickly, the quality of the music was also very good compared to other bots that have additional features like games, utilities, and other.

Vexera also offers more features than just playing music like moderation and sending greeting messages to new members, however when it comes to music Vexera provides a completely lag free and instantaneous music playback which is one of the best or the best in the industry. The Bot uses YouTube as its primary streaming source so you can enjoy all the lates music released.

Vexera also offers features such as queuing songs, controlling music playback, high quality audio and more. Vexera also performs great as a moderator to help mute/ban/kick member who are not following rules. I would recommend Vexera to anyone who wants both a music and moderation bot together.

You might have heard of MEE6 as a member ranking bot, which ranks members in your server based on the number of messages they send. It also has moderation capabilities as well as sending welcome and bye messages whenever a user joins or leaves your server. It also offers a great music playback functionalities with graphical controls such as drag and drop, click to pause and play songs, and more. Do note that the graphical controls are only available with the premium plan.

MEE6 has also got advanced features like 24/7 playback, member voting for favourite songs, volume boost, queuing songs and more. It can stream songs with little to no latency from sources like YouTube, SoundCloud, Twitch, and a few others. If you want an all in one bot with can perform various functions then MEE6 is the bot for you.

That ends our list of the Best Music Bots For Discord, each bot has its pros and cons. You should add one that is best suited to your needs, for example — Do you want Extra High Definition Sound? Do you want graphical controls for Music Playback? or Do you want two of the same bots to play in two Voice Channels simultaneously? If you would like to recommend any other Discord Music Bot we have missed, write about them in the comments below.

Hope you like our list of the Best Music Bots for Discord, which Bot are you eager to try? Let us know in the comments below.

The 8 Best PS5 Controllers You Can Pick!