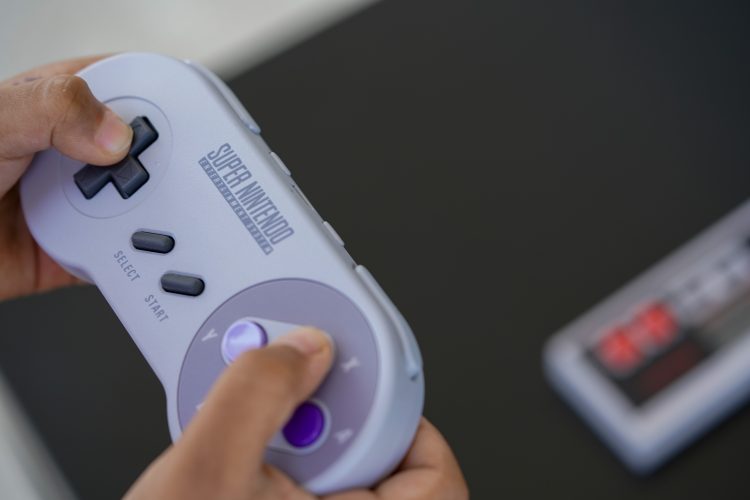 Despite all the huge leaps and advancements made by the Gaming Industry over the past 3 decades, there is nothing as good as the nostalgia you get while playing Super Nintendo Games from the 90’s. However, obtaining a working SNES console can prove to be an unyielding task. Nowadays, to enjoy games like Donkey Kong or Super Mario, you will have to download emulators. There are quite a few options out there and it can be difficult to choose the best emulators which can perfectly recreate that 90’s goodness. So we’ve collected the 10 Best SNES Emulators for Mac, Windows and Android.

First off is Higan, a great SNES emulator that can support multiple consoles, including SNES. Higan offers a gameplay experience that is as close to the real deal as possible. This takes it above most emulators in Gameplay Experience and quality. One caveat that Higan faces is that because of the way the emulation works, it won’t work well on low end or out of date devices.

Third on the list is RetroArch, another great SNES Emulator that has cross platform support, which allows users to use RetroArch on a no. of different platforms. RetroArch is a frontend for emulators, game engines and media players. It enables you to run classic games on a wide range of computers and consoles through its slick graphical interface. RetroArch has support for a variety of different controllers.

RetroArch also has supoort for a lot of advanced features like shaders, netplay, and rewinding. The software provides a polished and clean look to the emulator which makes it quite easy to use.

RetroArch can also natively record and stream your gameplay to streaming services such as Twitch and YouTube. RetroArch not only supports classic SNES games but also supports games released on other platforms such as Nintendo Wii, GameCube, Sega Dreamcast, Game Boy, 3DS, etc.

BizHawk is specifically designed to complete speedruns in the fastest time possible. It has been designed around the production of Tool Assisted Speedruns or TAS. It also works incredibly well for casual gaming.

BizHawk includes support for games released on multiple platforms, like NES, Nintendo 64, Atari 2600, Game Boy, Game Boy Colour, SNES, Sega Genesis, Sega Saturn, PlayStation, etc.. BizHawk has support for more games than almost any other emulator out there. So if you are the kind of person who plays a variety of games, BizHawk is for you.

Next up is SNES 9x, a super easy to use Emulator which also supports some rare SNES titles only ever released in Japan. The emulator can also run basically every SNES title without any noticeable bugs even on rather dated hardware. The emulator also doesn’t need many adjustments after extraction, you can immediately launch and play your favourite SNES Titles.

SNES 9x also has some advanced features like ‘Output Image Processing’ for better graphics, ‘fast forward’ to speed up the games, ‘save states’ to save your game exactly where you want. SNES 9x also allows you to record your gameplay in .avi files.

ZSNES can still run most SNES Titles even though its development stopped back in 2007. It is still fairly easy to use and is very capable in terms of the games it can run. It is still very popular among SNES Emulator Enthusiasts.

ZSNES also features a satisfactory list of features such as ‘save states’ to save your games at exactly the point you want, ‘a recently played list’ which shows you, your 10 most recently played games on the emulators, ZSNES also gives you filters to to improve your video output.

SNES9x EX+ comes with all the basic features you would expect from any SNES Emulator like ‘save states’, support for a variety of game pads and also on-screen controls. The UI does look relatively old but the gameplay experience more than makes up for it.

In case the relative old UI of SNES9x EX+ bothers you , you can try NES.emu another great NES Emulator for Android. Like SNES9x EX+, NES.emu runs quite smoothly on phones with a processor clocked at atleast 1GHz. Nes.emu can run the games in landscape orientation unlike SNEX9x EX+ which can only run the games in portrait orientation.

NES.emu also supports Bluetooth and USB Gamepads and keyboards, so you will be able to connect an old Retro gamepad/keyboard to have an even more nostalgic experience. NES.emu also comes with features like ‘save states’, ‘cheat support’, etc.. All these features do come with a price though, $3.99 to be exact.

John Ness is the successor to the popular SNES Emulator John SNES, which was deleted from the play store due to copyright infringements. The new emulator supports all the old and also the new additions. John Ness has a clean and simple UI which makes it easy to use.

The John Ness emulator focusses more on the accuracy of the game rather than the quality. It comes with features like cheats, high quality rendering, zipped file support, etc.. It also supports Bluetooth controller which gives it a more nostalgic feel.

A relatively new SNES Emulator for Android is The Mega S.N.E.S Rock Retro, terrible naming aside this is a great Emulator which has quickly gained popularity among the Android SNES Emulator community. This Emulator is relatively fast compared to other Android Emulators and gives you the option of playing SNES Titles at Full HD +.

The Emulator also has pretty decent features like cheat coins, it supports Bluetooth Controllers, Controller customization, etc.. A mouse is also supported but mouse support is only limited to a few games. The Mega S.N.E.S Rock Retro is perfect for anyone who wants to play their SNES Titles on Full HD Graphics.

BSNES is one of the oldest SNES Emulators out today. It’s development stopped a few years after its release. A lot of new SNES Emulators are based on BSNES. However, the developer of BSNES, byuu has started supporting the emulator again. BSNES’s main goal now is to provide the best accuracy with good performance.

BSNES makes it easier for the general users to use as Higan, one of the Emulator based on BSNES isn’t as easy to use for the General user. The HD build for BSNES seems to be the best one for the highest graphics though it won’t run as smoothly on out dated or a lower specced device. BSNES is the best Emulator if you want the most accurate SNES Emulator.

That ends our list of the 10 Best SNES Emulators, each one is different and has its pros and cons. Choose one depending on what kind of Gaming Experience you would like and what device you own. We couldn’t include any emulators for IOS as there aren’t any official ones on the App Store, though there are some for macOS if you own a Mac. Also note that downloading unofficial copies of games you would like to play on the emulator falls under the category of piracy and is illegal so we would recommend you playing games you already own.

Hope you like our list of the 10 best SNES Emulators. Don’t forget to tell us the games you would like to play on these Emulators in the comments below.

5 Easy Ways to View Saved WiFi Passwords on Any Device