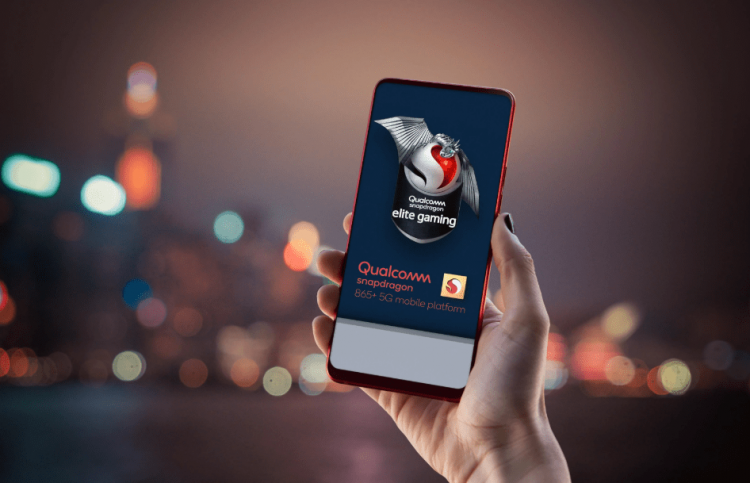 Snapdragon 865+ chipset has just announced by Qualcomm today with a bit of improvisation from the predecessor. The highlighting feat that Qualcomm has achieved with the unveiling of this chipset is that its the first mobile processor that surpassed the 3 GHz clock speed range ever.

The Snapdragon 865 chipset found on many modern-day flagships has already brought a swift and smooth performing experience to the users. Now, the chipset manufacturer has announced the successor that has all the minor upgrades, which would make the already high performing SoC even better on upcoming devices.

The chipset has crossed the 3.0 GHz clock speed, where the 855+ model on the devices such as Asus ROG Phone 2 would max out at 2.96 GHz clock speed, which is a new record in the mobile chipset space. The 865+ chipset’s central core can push up to 3.1 GHz, which makes a 10% increase compared to the 865 processor.

The newly announced plus chipset can run a 144Hz refresh rate similar to 865, but now, the processor can handle and has a 10% chance of higher frame rates without any issues, which are a slight upgrade from the predecessor. The CPU is coupled with the Adreno 650 GPU to push that higher fps and boost in clock speed.

The Snapdragon 865+ chipset has upgraded its hardware to FastConnect 6900 from the 6800, which has brought significant improvement with the new Wi-Fi 6E that gets used by the 6 GHz band to deliver speeds till 3.2 Gbps. The latency is very low due to this upgrade and brought it down to 3ms.

The FastConnect 6900 has also paved to the newer Bluetooth 5.2 with apt X Adaptive for 96 kHz audio and Dual Bluetooth Antenna support. Snapdragon 865+ also supports 5G connectivity, which is possible with the external X55 modem. The processor has support for Quick Charge 4.0+ with AI control for a safer charge.

The mobile manufacturers such as Asus, Lenovo, and Samsung are already on board to bring their smartphones that are powered Qualcomm processor. The devices are ROG Phone 3, Lenovo Legion, and the flagship Note, 20 Series from Samsung, which will feature this processor. Asus’s ROG Phone 3 is the first smartphone to bring this chipset and will get announced officially on July 22.

How to Turn Off Automatic Updates on Windows 10 Permanently