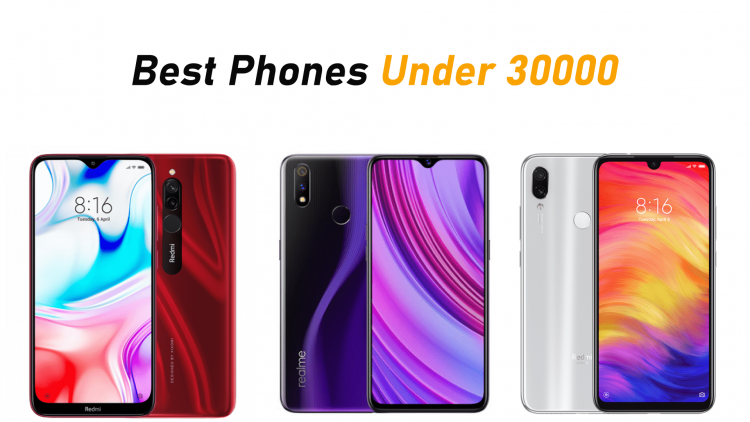 You need not worry about it.  We’re here to take the tiresome job for you and analyze all the smartphones available in the market to provide the best possible choices. Most of the phones you get under this price range include a Qualcomm Snapdragon 855/855+ chipset and 6GB of RAM. These smartphones offer you flagship features as much as possible under Rs.30000 only.  So here is the list of the best phones under 30000 in India. 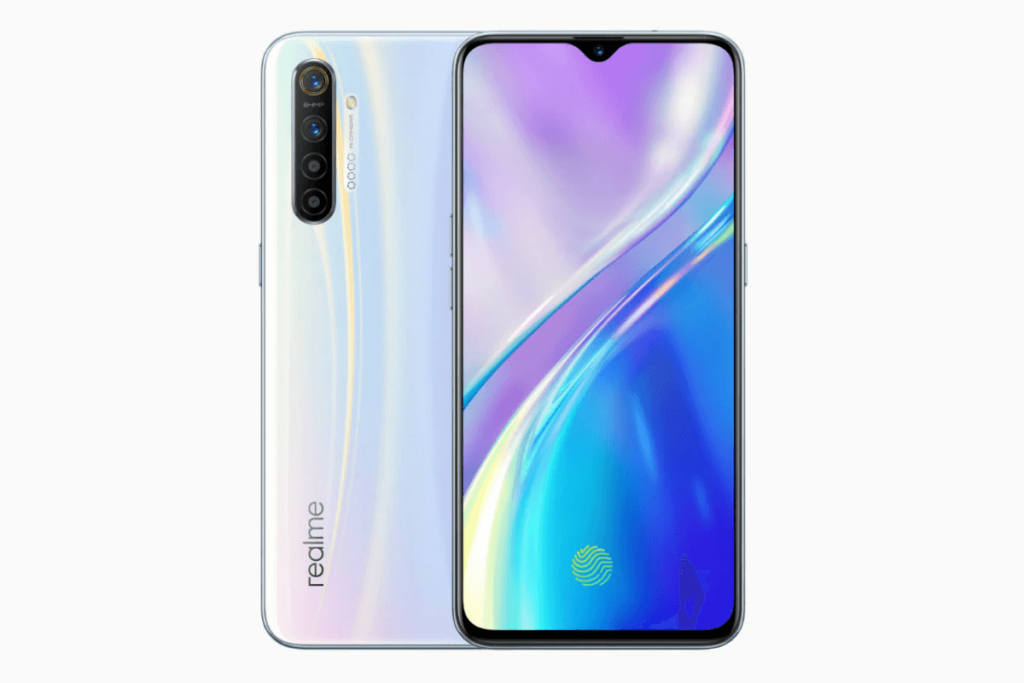 Realme has taken the market by storm with its recent lineup in 2019. They are trying to be the best under every price segment. The same story goes for the Realme X2 Pro as well. It is #1 on our list of the best phones under 30000 in India.

The Realme X2 Pro comes with a 6.5-inch Full HD+ Super AMOLED 90Hz display with HDR10+ support and Corning Gorilla Glass 5 protection. It is powered by the Qualcomm Snapdragon 855+ Octa-Core processor, which is the best in class as of now. It runs on Android 9.0 for now but will get future updates for two years, including the Android 10.0 update.

With these specs, it is the best phone for PUBG Mobile and Camera as well. If you are looking for a great phone under a budget of 30000 in India and don’t want to compromise on specs, then the Realme X2 Pro is for you without a doubt, which makes it one of the best phones under 30000 in India. 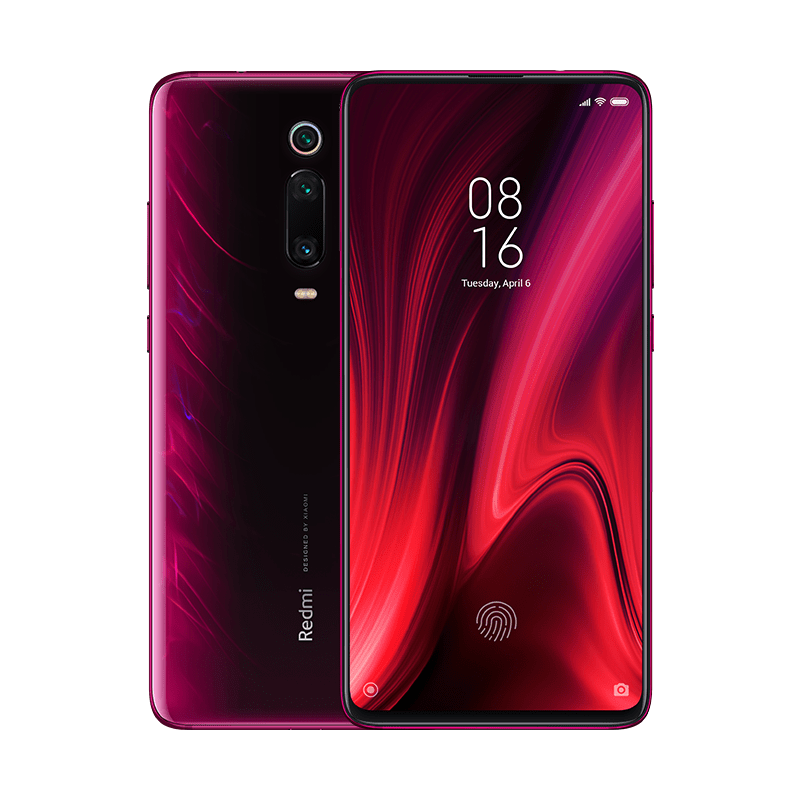 Xiaomi used to conquer the Rs.30000 market with its Redmi K20 Pro. It still owns the right place among the best phones under 30000 in India, though. It is a great device to consider it under this budget segment.

The Xiaomi Redmi K20 Pro comes with a 6.39-inch Full HD+ Super AMOLED display with HDR 10 support and Corning Gorilla Glass 5 on the front and back for protection. It comes with the Qualcomm Snapdragon 855 chipset, which is a slight bump down from the Realme X2 Pro, but it’s not a big deal. A 6GB and 8GB of RAM coupled with 64GB and 128GB of storage, make it a sweet deal to grab. These beefy specifications make it one of the best phones for PUBG Mobile as well.

It also comes with a triple camera setup on the rear — 48MP, 8MP, and 13MP. It takes good pictures with good lighting as well. Like the Redmi K20, it also has the same 20MP motorized Front Camera. Running on MIUI 11, it’s Android 9.0 out of the box. To keep it juiced up all day, the Redmi K20 Pro has a 4,000 mAh battery with 27W fast charging support. 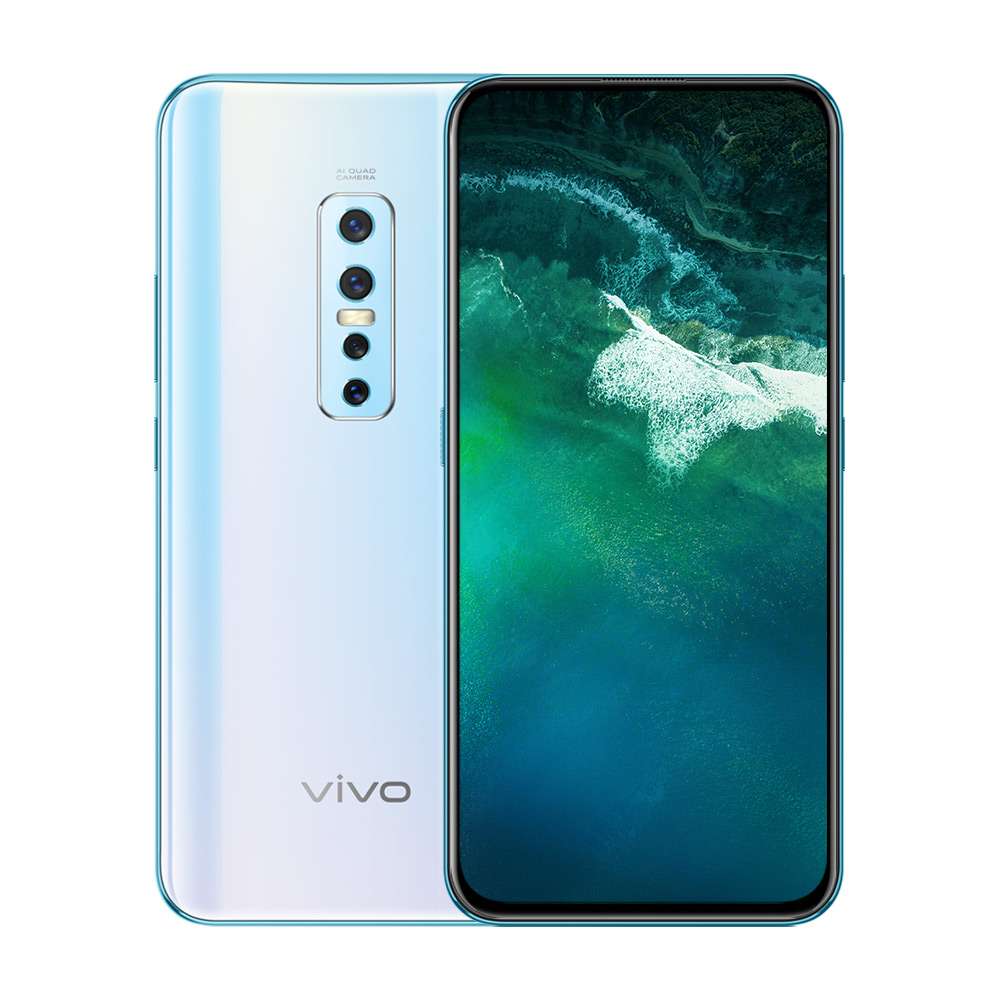 Vivo has always presented itself as a brand that values entertainment for its consumers. Vivo V17 Pro is just another case. This time Vivo has focused on the camera department in terms of V17 Pro. Just like any other Vivo V series smartphone, the V17 is a selfie-centric yet an amazing smartphone given the price segment.

The V17 Pro comes with a 6.44-inch Full HD+ Super AMOLED display with Corning Gorilla Glass 6 protection. We get to see Qualcomm’s Snapdragon 675 chipset, which is kind of an odd decision from Vivo. That aside, we have 8GB of RAM and 128GB of onboard storage, which is quite enough for the given pricing. It runs on Android 9.0 Pie with FunTouch 9.1 on top of it, which looks like RIP off of iOS yet looks good.

The camera department is where the V17 Pro excels in terms of numbers. On the rear end, we get to see a quad-camera setup, which consists of 48MP, 8MP, 13MP, and 2MP cameras. On the front side, we have a motorized pop-up selfie camera that has a dual-camera setup. It consists of a 32MP and an 8MP sensor, making it one of the best camera phones in India under 30000. There’s a 4,100 mAh battery with fast charge support up to 18W. 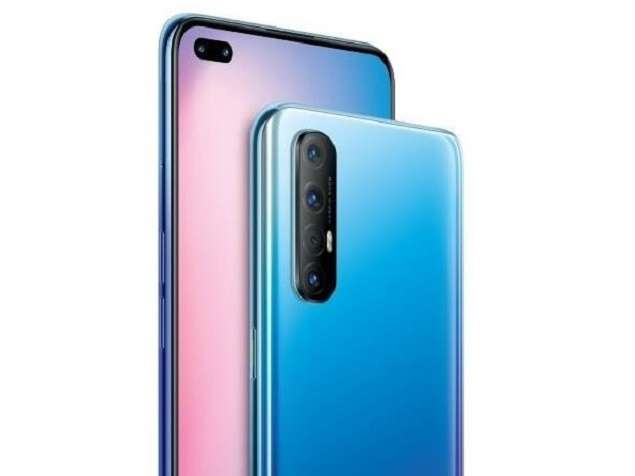 Oppo’s Reno series launched a few months ago performed well, but after a month, the company introduced the successor as well. As an exciting move, Oppo did improve a lot on those smartphones. Just like the Vivo V17 Pro, Oppo Reno3 Pro is also a selfie-centric smartphone but packs great specs.

The Reno3 Pro comes with a 6.4-inch Full HD+ Super AMOLED display with Corning Gorilla 5 protection. It runs on the MediaTek Helio P95 chipset and comes with 8GB of RAM. The internal storage varies from 128GB to 256GB based on the pricing. Apart from that, it runs on Android 10 with Color OS 7 on top of it.

The camera department has some good specs. The rear end sports a quad-camera setup with a 64MP, 13MP, 8MP, and 2MP sensors. Looking at the front, we see a dual punch-hole camera with a 44MP + 2MP sensors. It does come with a 4,025 mAh battery, and it has a 30W  VOOC Flash Charge 4.0 technology.

The Oppo Reno3 Pro is an excellent smartphone with no compromise in performance. It performs terrific for it’s given pricing. That is what makes the Oppo Reno3 Pro one of the best phones under 30000 in India. 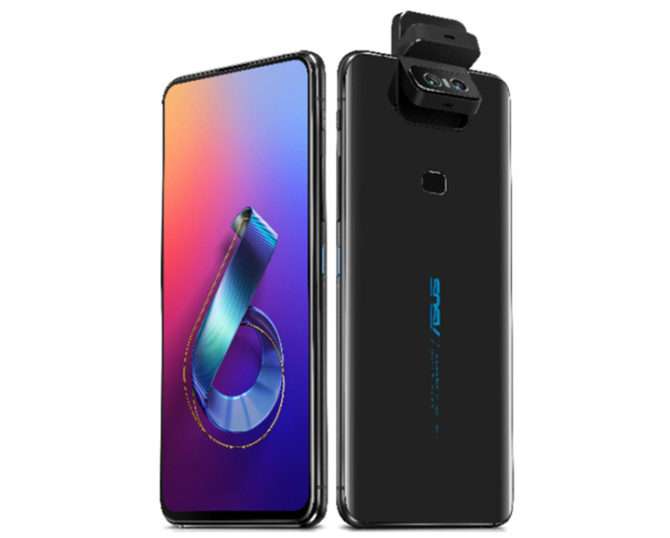 Asus Zenfone 5Z was a great success when it launched last year. After the Zenfone 5Z, the company is back with the 6Z. It is here to take the OnePlus 7 under a budget. The number of specifications it provides at a price range of Rs. 30,000 takes the cake instantly. That’s why the Asus 6Z is one of the best phones under 30000 in India.

The Asus 6Z comes with a 6.4-inch Full HD+ IPS LCD with Corning Gorilla Glass 6 display. With a Snapdragon 855 chipset under the hood, the 6Z performs well in terms of performance. It has a 6GB and 8GB RAM variants which vary with internal storage capacity ranging from 64GB to 256GB. All of this makes it one of the best phones for PUBG Mobile too. Running on Android 9.0, it still has to compromise on Android 10 or even further updates yet.

The exciting part about the 6Z is the Camera. There’s no front camera. Yeah, you heard it right! On the rear side, there is a dual-camera module which comprises of a 48MP and 13MP cameras. The rear cameras are flip using a motorized module, which acts as a front camera as well. It’s always a great thing to have the rear cameras as front-camera. It is the reason why the Asus 6Z also becomes one of the best phones under 30000 for Camera. The 6Z comes with a 5,000 mAh battery out of the box and does support 18W fast charging and also reverse charging to our surprise.

Asus 6Z comes as an all-rounder in this price department and has a lot of great features too. But the thing is that it is an excellent choice for people who can’t afford the OnePlus 7 yet. It makes it the best phone under 30000 in India.

We’ve included only five smartphones on this list because we think you need a smartphone perfect for your usage. Thus we don’t include smartphones that are not worth their price. Given that, while choosing smartphones under 30000 in India, make sure that you are investing your money on the right phone. Some may be very good for your needs, but you might still not want so many features.

Before you choose, make up your mind on what feature you want. Is it the processor, OS, RAM, storage, battery, Camera, or anything else? We recommend the Realme X2 Pro and the Redmi K20 Pro as our choices on this list. We’ll keep this list updated over the upcoming months.

A 22-year-old Tech Enthusiast who is into tech more than you. New tech excites him moreover anything else. Apart from tech, he does Graphic Designing as well. He's well known for his Vector Avatar made for MKBHD.