Oppo Reno 4 images and specifications got surfaced on the Weibo platform. Oppo’s Reno series is a successful edition of the company. As the company mainly focusses on the camera department on their devices, and even the manufacturer’s tagline in most of the commercials is “Camera Phone.”

Oppo is the prominent manufacturer in terms of its parent organization BBK electronics and other companies in the same organization as OnePlus launched their devices with a similar form factor that slightly matches the Oppo Reno series. The leaked images are flaunting the back design of Oppo Reno 4.

Oppo Reno 4 leaked images give us a brief look over its back design and camera modules with their highlighted features on the posters. From the photos, we can see the branding of the device name with the device placed in the center and the features they are going to on either side written in the Chinese language. 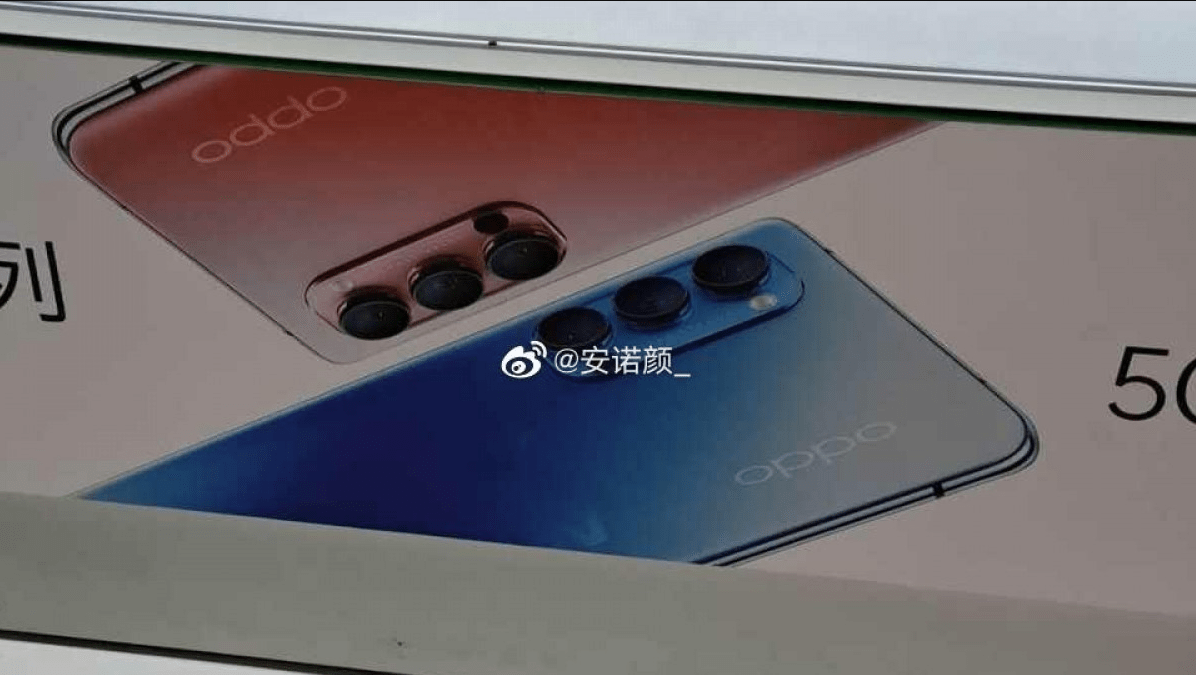 The Oppo Reno 4 will be arriving with 5G Network support and will boast a 65W fast charging support. Oppo has changed the way devices charge by bringing many iterations of their fast charging with every upgrade they do in their smartphones. The device, as shown in the images, will get flaunted in two different colors.

Oppo Reno 4 has a triple camera setup in its lap and may also feature the Ultra Steady feature as the size of these lenses is more prominent in the images. On the back, we can witness the branding of the manufacturer, and right below it, there is an engraving of the word “GLOW” that may get used for indicating color and promotional way.

There is another exciting feature named Super Night Scene Video, which may get used for night mode in Video recording. Although Oppo Reno 4 back is revealed more significantly in these images, we couldn’t get a glance at its front appearance. That leaves us with no information about the display and front-facing camera.