iQOO Z1 is the next smartphone from the manufacturer after the Neo 3 5G. The iQOO is a sub-brand of Vivo basically and is trying to make a mark of their own in the gaming minded consumer base. Their approach is pretty simple, as they are trying to push all the high-end hardware at minimal pricing to attract buyers.

Coincidentally, the iQOO Z1 isn’t any different from the previously launched Neo 3 smartphone. Instead of using a Snapdragon’s flagship processor, they are presenting this smartphone in the same casing with MediaTek’s flagship and newly announced processor, which is making a lot of noise about its performance scores.

iQOO Z1 is a high-tier smartphone that features a 6.57-inches display with 144Hz of refresh rate and a Full HD+ resolution. The smartphone is powered by MediaTek’s newly announced flagship processor, Dimensity 1000+ that has Multi-Turbo 3.5 for Liquid cooling. The device comes with 6GB or 8GB of RAM and 128/256 GB of internal storage. 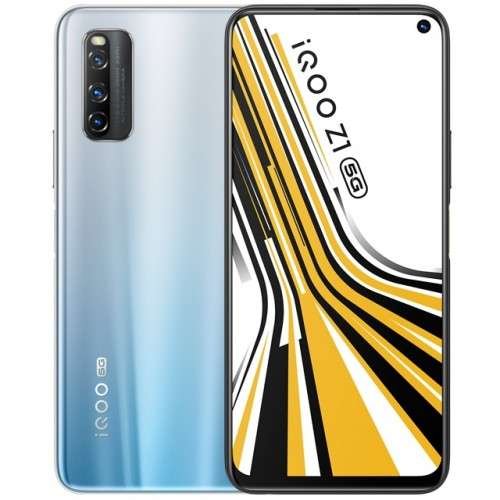 iQOO Z1 features a triple-camera setup that comes with a primary 48MP sensor, an 8MP Ultra-Wide sensor for the extra field of view in pictures, and a 2MP macro camera. The camera placement raises a slight bump on the device, which is negligible. The selfie camera is of a 16MP that got placed in the punch-hole of the display.

The iQOO Z1 runs on Android 10.0 with its customized UI on top. Other necessary connectivity options that the device brings is the Dual 5G support with dual sim-slots, WiFi-6, 3.5mm headphone jack, USB Type-C port. The battery capacity is of 4,500mAh and supports 44W Super Flash charger that charges device 0 to 100% in 1 Hr approx.

iQOO Z1 gets a price tag of CNY 2798 for the highest feature-loaded variant, i.e., 8GB of RAM and 256GB of internal storage. The manufacturer has also announced a few add-ons for the device to make the experience of the user even better, which are back covers, Bluetooth joystick for gaming abilities, and wireless earphones.