Honor Magic V has been announced as the company’s first folding phone; which has also become the first folding display smartphone powered by the latest Qualcomm Snapdragon 8 Gen 1 chipset.

The rumors were afloat in June last year regarding the folding phone from Honor featuring in-folding panels made by Visionox and BOE. The Honor Magic V is competing with the likes of Samsung Galaxy Fold 3 and the recently launched Oppo Find N that features similar types of folding screen designs.

However, the Find N folding device from Oppo has advanced in many ways when compared to the Fold 3 from Samsung, where the crease is completely disappeared. In the same route, the Honor Magic V has brought in the same design prospects.

But the highlighting factor remains the use of Snapdragon 8 Gen 1 SoC which is the highest flagship chipset available right now in the market. The external display resembles a regular smartphone with a touch screen and the magic gets to start when unfolded that boasts a folding screen with a punch hole cut-out.

The display specifications of the Magic V folding phone feature two displays – the external display sports a 6.54-inches screen that supports a 120Hz high refresh rate. The aspect ratio of the front display is a 21:9 screen that features a pixel density of 431 PPI along with a peak brightness of 1000nits.

The internal display is a 7.9- inches folding screen that supports a 90 Hz refresh rate, a squarish aspect ratio of 10:9, a peak brightness of 800nits, and a pixel density of 381 PPI. Additionally, the inner display is the first in the industry to boast an IMAX Enhanced certification.

Under the hood, the 5G Qualcomm Snapdragon 8 Gen 1 chipset powers the Honor Magic V smartphone coupled with Adreno 730 GPU for graphic-intensive tasks. The onboard storage options of the Magic V include 12GB of RAM and a combination of 256/512 GB of internal storage.

The smartphone supports Dual 5G SIM and runs on the Android 12 operating system with Magic UI 6 skin on top. However, the Google Play services will be made available in certain countries except for China.

The camera module of the Honor Magic V is a triple rear camera setup featuring a trio of 50-megapixel sensors with each of them performing specific activities. The main sensor comes with an f/1.9 aperture along with a PDAF and Laser auto-focus.

Whereas, the secondary sensor is a typical wide lens with an f/2.0 aperture with PDAF for portrait shots. Moving to the tertiary sensor, the ultrawide lens features an f/2.2 aperture and tags along a field of view of 122˚ for capturing wide scenic shots.

Coming to the front cameras placed in the punch-holes of both the internal and external screens; Honor has provided the Magic V with two 42-megapixel sensors. The connectivity features of the folding device include 5G, 4G VoLTE, Dual-band Wi-Fi, GPS, NFC, and a USB Type-C 3.0 port.

The sensors array of the device features a side-mounted fingerprint sensor, accelerometer, gyro, proximity, and a compass. The brand has packed in a 4750 mAh Li-Po battery that supports a 66W fast charging rate that can the device up to 50% in 15 minutes.

The color options of the smartphone include three different shades – Titanium Silver, Black, Burnt Orange. The Honor Magic V folding device is scheduled for sale from January 18 in China and there’s no information regarding the launch of the device in other parts of the world. 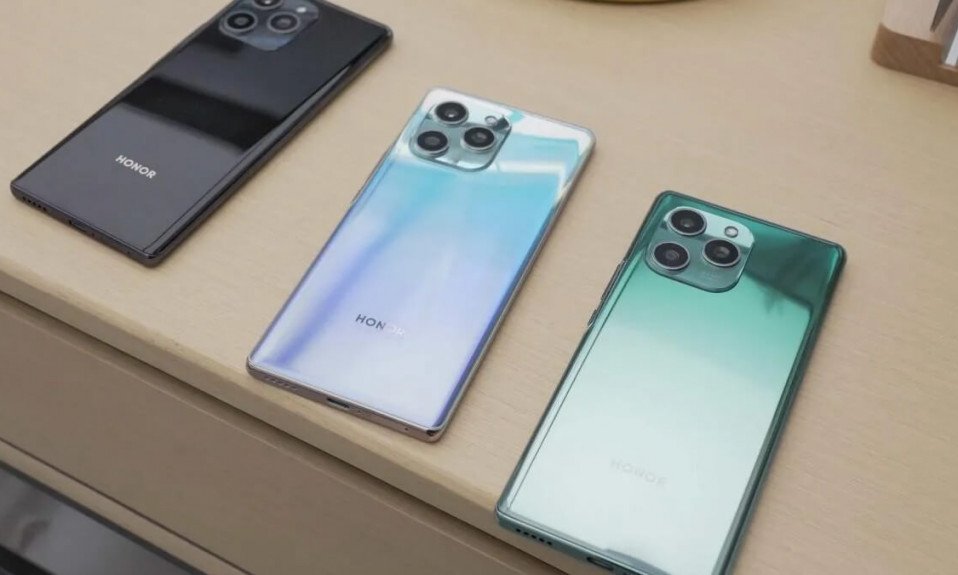 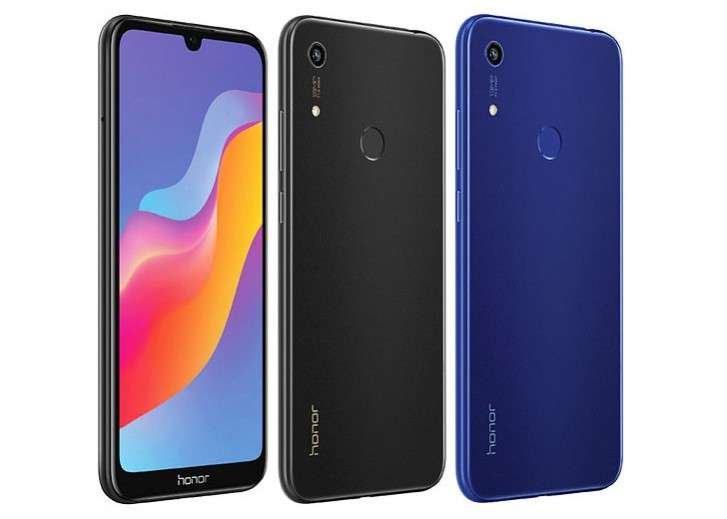