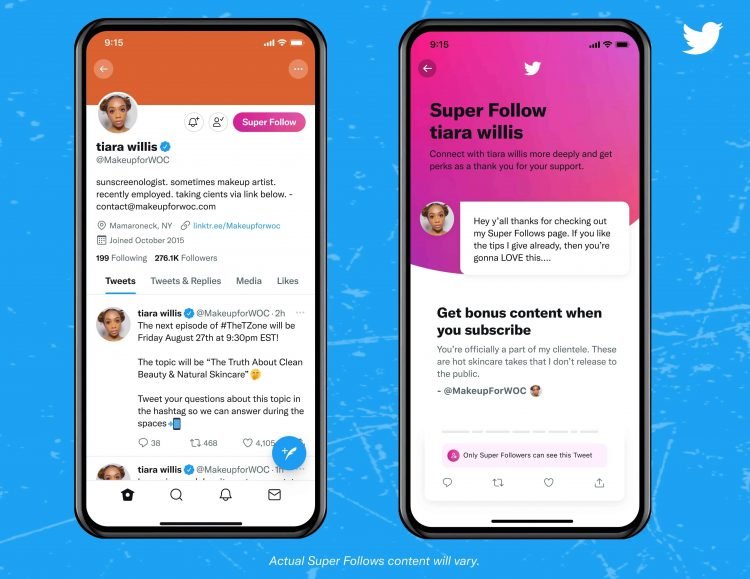 Twitter has announced two new features to its Super Follows and Safety Mode to combat harassment and abuse online. There have been many claims that Twitter has a lot of toxicity going on. To put some barriers to it, the company has introduced two new features — Super Follows and Safety Mode, as a temporary line of defense between an account and the waves of toxicity.

Jarrod Doherty, Twitter Productive Lead, stated that the company goal is to better protect the individual on the receiving end of Tweets by reducing the prevalence and visibility of harmful remarks. Twitter said in a statement, “We want people on Twitter to enjoy healthy conversations, so we’re limiting overwhelming and unwelcome interactions that can interrupt those conversations.”

According to Jarrod Doherty, When the feature is turned on in your Settings, Twitter’s systems will assess the likelihood of a negative engagement by considering both the Tweet’s content and the relationship between the Tweet author and replies. Furthermore, Twitter added a statement that the accounts frequently interacted with will not be auto-blocked as it takes existing relationships into account.

Users can view the details of temporarily blocked accounts at any time. If users want to access safe mode, It can be toggled on in the privacy and safety options. Once enabled, an invoice will stay in the way for the next seven days. After the seven-day period expires, Safety mode can activate again.

Moreover, Twitter introduced the “Super Follows” feature, allowing creators to generate monthly revenue by making content with their followers. Currently, this feature isn’t rolled out globally and is only limited to certain regions like the U.S and Canada, and is only available for iOS users for now. Users in the United States and Canada with iOS can super follow a selected group of people. This feature will be rolled out in a few weeks for all iOS users globally.

Twitter also said in a statement that people could continue to apply to join the waitlist to set up a Super Follows subscription, and users can do this by swiping open the sidebar on their Home timeline, tapping on Monetization, then selecting Super Follows.