Since the launch of OnePlus 7T, the company has been trading towards a rebrand lately. OnePlus CEO, Liu Zuohu a.k.a. Pete Lau recently announced a rebranding plan yesterday. It appears that the company is ready to show off its OnePlus New Logo which will be the new logo starting 2020.

According to the inquiries from the National Trademark Office, OnePlus applied for the trademark regarding a new logo on November 1, 2019. Looks like the logo got approved recently and there are some subtle changes to be noticed. 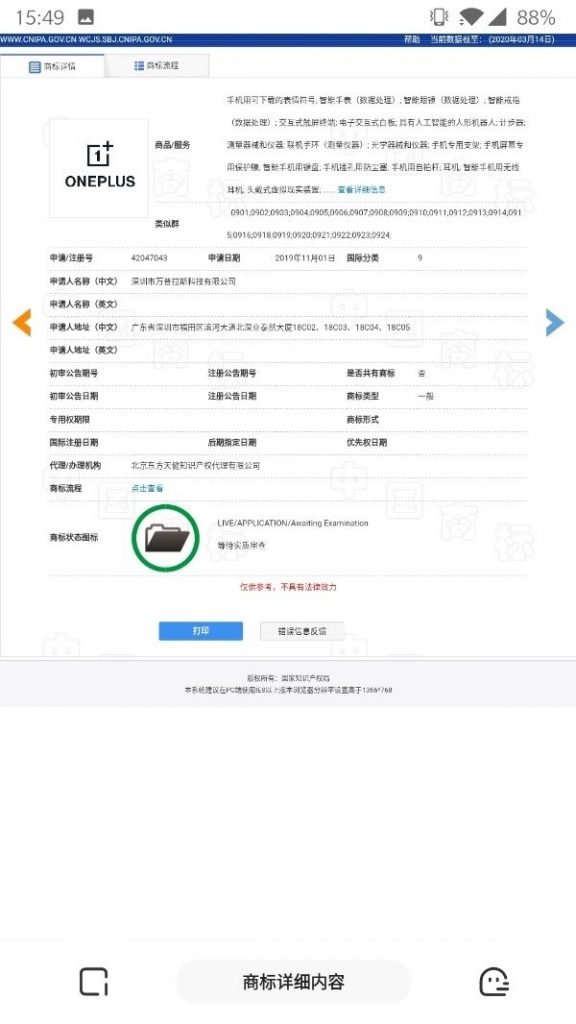 According to the sources, the new OnePlus logo has surfaced up on the National Trademark Office site. The differences are quite minor but from a designer’s perspective, you’ll be able to see a new “1” inside the square rather than the old boxy one. Along with that, there’s a new typeface as well and we think its a customized Roboto font.

We tried to recreate the logo ourselves and here are the results.

OnePlus was going o launch something on March 18. And according to GizChina, OnePlus reveal their new logo on March 18. Since the date was taken from a Weibo post, we can’t officially verify it yet. OnePlus may reveal it through their community post quietly.

What do you think about the new logo? Did you like it? Let us know in the comments.