Netflix is Bringing Spatial Audio Support to iPhone and iPad 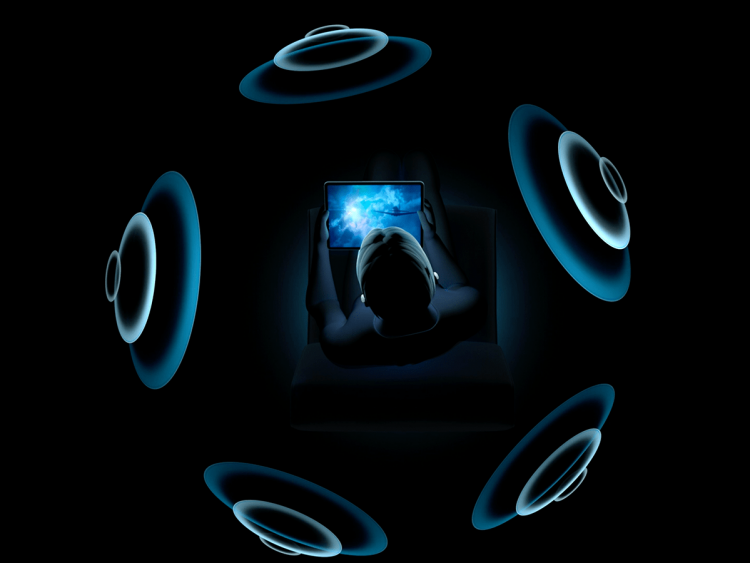 Netflix is reportedly getting support for Apple’s Spatial Audio for iOS and iPad, offering an immersive streaming experience at no additional cost. This new change will allow users to listen to surround sound using directional audio filters. Spatial Audio is the feature that offers an immersive audio experience by optimizing the sound frequencies based on the direction of your head and the device used by the user.

According to a report, Netflix has started rolling out Spatial Audio support on iPhone and iPad on iOS 14. A Reddit user in the UK spotted the development. The premium audio experience is available on the Netflix application and is exclusive to Air Pods Pro and Air Pods Max. The Control center can toggle this feature.

Apple states that spatial audio is a 360-degree sound format that recreates a surround effect through even a tiny pair of earbuds by using directional filters to make the sound feel as if it’s coming from multiple directions at once.

Spatial Audio may not be immediately available to all users as it is still in the process of being released. iOS 15 takes it to the next level as the users can access the Spatialize Stereo option that enables surround sound even for non-Dolby Atmos content.

Moreover, Apple states that Spatial Audio creates a movie theater-like experience that takes advantage of the gyroscope and accelerometer in the ‌iPhone‌, ‌iPad‌ , and compatible Apple headphones that comprise Air Pods Pro and Air Pods Max.

If the users don’t have the required devices like iPhone or iPad and the compatible Air Pods Pro and Air Pods Max, users won’t experience this feature on Netflix now.

If the users meet the requirements but still couldn’t access the feature, make sure you update to the latest version of Netflix on your device. If users cannot access the feature even with the newest update, you will have to wait as Netflix states this feature will be rolled out slowly.