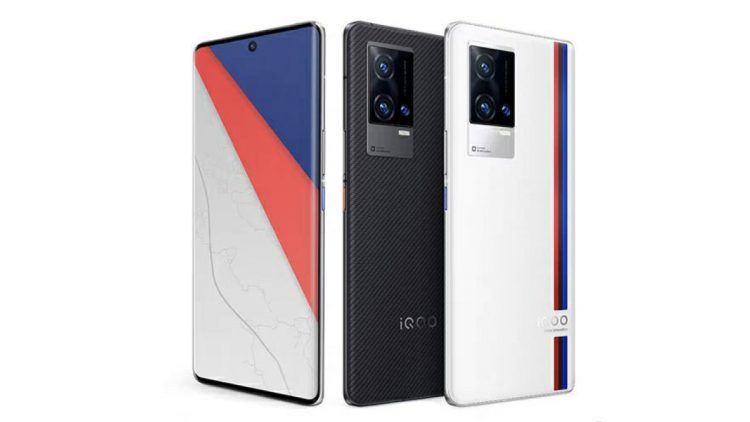 iQOO 8 series is confirmed to launch in China on August 17. The iQOO 8 series will include the basic iQOO 8 and the iQOO 8 Pro. Ahead of the launch, key specifications of the smartphone have been leaked and confirmed officially.

The upcoming iQOO 8 series smartphone will likely feature a flat display, while the iQOO 8 Pro will have a curved screen. The company has unveiled an official poster on its social media handles that shows the design while also confirming that the BMW M Motorsport partnership will also extend to the iQOO 8 series. Let’s have a detailed look at the iQOO 8 specifications & their availability.

The iQOO 8 series features a curved screen with a 2K display and the E5 AMOLED LTPO (Low-Temperature Polycrystalline Oxide) 10bit panel with 1440p display resolution a high 120Hz refresh rate. The users can dynamically adjust between 1Hz and 120Hz depending on the content on the screen as well.

The smartphone is also said to run on OriginOS 1.0 based on Android 11. The handset also features a volume controller and power button located on the right spine, and there’s also an in-display fingerprint sensor for security.

In terms of optics, the iQOO 8 features a triple camera setup at the rear, including a 64MP (f/1.79) primary shooter, a 13MP (f/2.2) ultra-wide sensor, and a 13MP (f/2.46) tertiary lens and LED flash arranged in a square module. At the front, the front, the handset might feature a 16MP (f/2.0) selfie snapper for selfie-snapping and video chatting.

Moreover, the iQOO 8 also has a center-positioned punch-hole cutout for the selfie snapper, curved edges, and narrow bezels. The Pro model is seen to feature a rectangular camera module at the rear is seen to includes three sensors. Two large sensors are seen to be accompanied by a small one.