Xiaomi launched its Mi 10 series in February this year globally. After the global launch, Xiaomi aims to release the same series in India as well. The dates are still unknown, but according to a leak, the launch will happen next week, probably.

The Mi 10 series is one of the most expected series from the Xiaomi’s premium lineup. Its Indian launch is likely to happen next week. Xiaomi hasn’t announced any official statement on this yet. According to one of the trusted leaksters, Leaker Baba, Xiaomi seems to launch its Mi 10 in the upcoming week. According to him, Xiaomi will launch its Mi 10 series of smartphones on Friday next week. 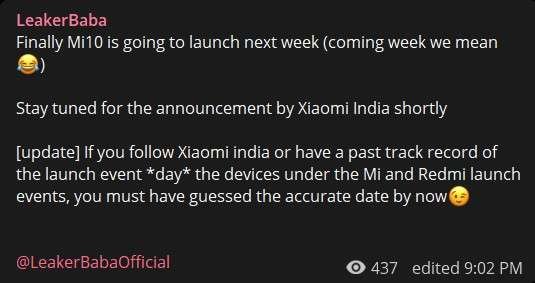 This series has already launched in China, and we already know its specs. The most impressive part of the smartphone is a 108MP camera. It is the same sensor that was used on the Samsung Galaxy S20 Ultra. This series includes Mi 10 5G, Pro 5G, Zoom, and Youth editions. According to some other leaks, the pricing for these smartphones might differ from that of the International market.

The Mi 10 sports a 6.67-inch Full HD+ display with a 90Hz refresh rate and comes with support for HDR10+. It uses Snapdragon 865 chipset as its core, which means it supports 5G out of the box. The internal storage ranges from 128GB to 256GB, while the RAM variants are 8GB and 12GB. 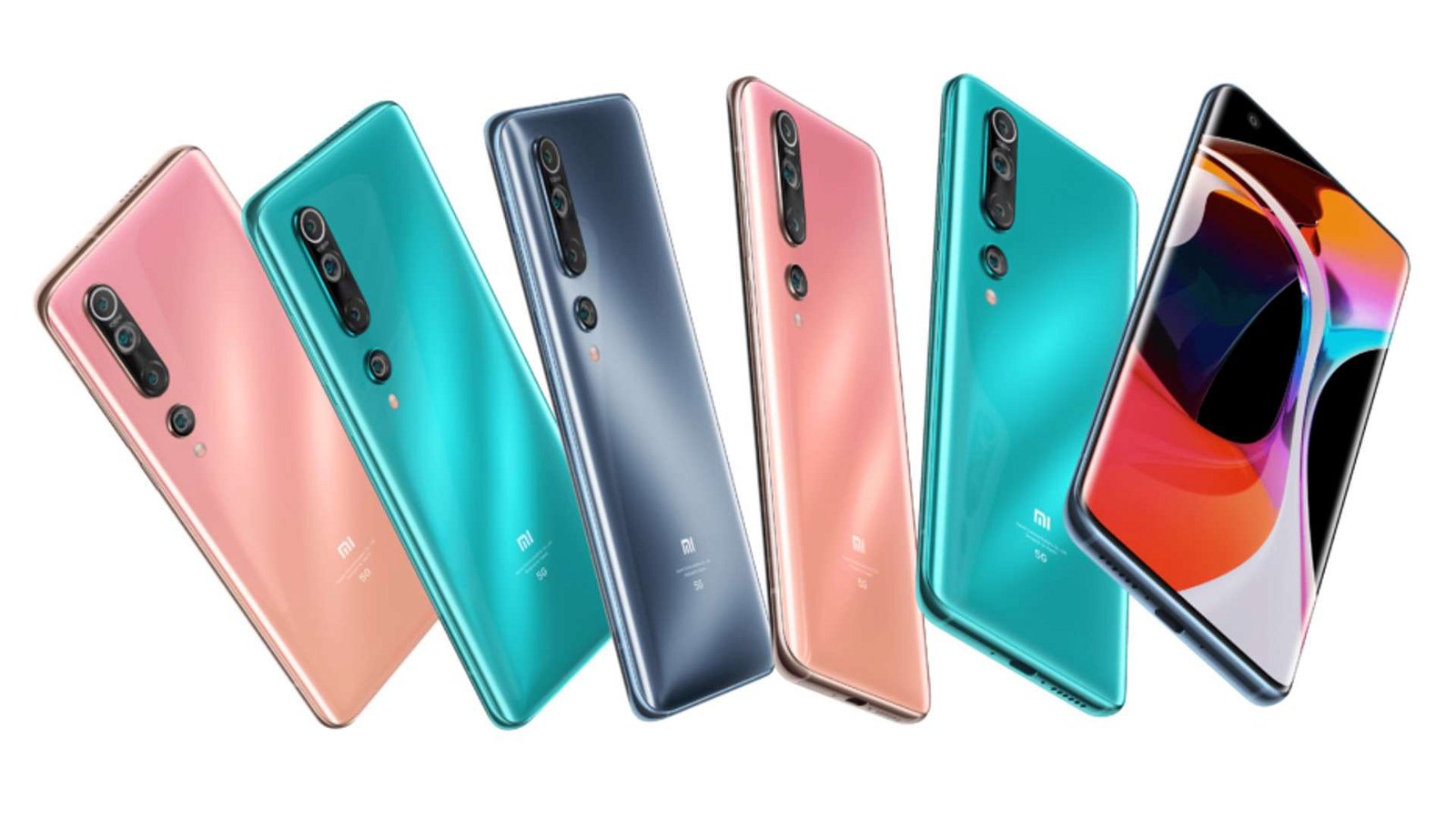 The Pro variant comes with the same display and changes some specifications here and there. The internal storage range to 512GB instead of 256GB. The RAM and other specifications don’t change, though. The only difference between these two variants are the camera systems used. Both variants come with the 108MP sensor, but the supporting cameras vary accordingly.

Given the fact that Mi 10 will launch next week, we don’t have any news on the pricing yet. According to us, we guess the date to be 8th May, which is Friday, of course.

What are your thoughts about the Mi 10 series? Let us know if you are excited or not in the comments below.
For the latest tech news and reviews, follow TechBaked on Twitter, Facebook, Instagram, and join our Telegram Channel for daily tech news in your inbox.