Have you ever faced tearing issues while gaming on your PC?. Have you ever wondered why there is a VSync option in your game settings?. It’s one of the most underrated features that help you have a clean gaming experience. Here, we will discuss the answers to the questions explaining why and how VSync is important for better gameplay.

The increasing number of gamers and streamers worldwide are playing many multi-player to AAA titles on their systems, enabling Vertical Sync. Even few 3D Applications use this technology widely apart from the gaming world, making it a big deal.

The technology syncs the hardware such as the Monitor and GPU of the system with the video games in real-time to iron out tearing issues. You can even find other options such as FreeSync and G-Sync, which we will compare with the VSync, and then you can decide to turn it on or off.

Contents Show
What is VSync (Vertical Sync)?
Why VSync is Important?
What is the Function of VSync?
Does VSync Make any Difference in Gaming?
Problems of Using VSync
VSync vs GSync vs FreeSync: Which one’s the best?
Get to Know VSync

What is VSync (Vertical Sync)?

VSync or Vertical Sync is a graphics technology that helps synchronize the visual’s frame rate with the refresh rate of the monitor. The feature is widely applicable for graphic-driven applications and games that take a huge advantage for a smooth experience. The GPU manufacturers first developed the technology for removing occasional stutters on display.

It’s a feature that brings the monitor’s refresh rate and the GPU’s output frame rate at a standard point without fluctuating. The sole purpose of this feature is to fix the stutters caused when the GPU outputs multiple frames on the screen at one time. Thus, lessening the sudden tear appearing while displaying visuals on the screen.

Why VSync is Important?

VSync is one of the crucial reasons for showing uninterrupted frames on the display when the GPU outputs a visual. This feature initially brought by the GPU makers has become a mainstream solution for screen tearing issues on many games of consoles and systems. Beyond that, the purpose of VSync is to make the screen polished without any tears.

The technology is a must for visually-story-driven games that needs a lot of detailing with the surrounding and background on the screen. The feature is very much responsible for removing the stutters and optimizing the renders of any 3D heavy games in this modern-video gaming period. It’s certainly more important for showing spectacular visuals perfectly on display.

What is the Function of VSync?

When the monitor refreshes its screen, each image cycle comes as an output from left to right and top to bottom. All this occurs in a fraction of milliseconds, and our naked eyes cannot visualize the actual speed of the change on the screen. When the monitor doesn’t catch the GPU’s frame rate at a correct pace, screen tearing takes place on the screen.

The function of the VSync technology, as the name suggests, is to synchronize the frame rates output of the GPU with the monitor’s refresh rate. Without the synchronization process, the screen outputs stuttered and torn images due to the many frame rates shown at one time. This is the only function of VSync technology, making it duty-bound to bring a seamless vision on the monitor.

Does VSync Make any Difference in Gaming?

Yes, at least for a brief part, the synchronizing feature makes a lot of difference in gameplay with many uncanny frame effects on the screen. Moreover, gamers worldwide like and praise this feature that helps them play their favorite titles with interest and focus. This is because unwanted stutters, glitches, and screen tearing while playing the games is distracting and makes it an unpleasant experience.

Furthermore, the competitive gamers that play multi-player games thank this technology for making; the gameplay smooth and lag-free in intensive situations. Similarly, the technology even helps many gamers to play old titles smoothly on the new powerful machines.

This is due to the advancement of higher refresh rate screens, and the technology helps maintain constant refresh rates and frame rates on the machines for the support of the old school games. However, don’t expect that you would see any improvements in the HDR, brightness, or visually more vibrant as this feature is a mere preventative option from screen tear issues.

There aren’t many problems with the VSync except for a couple of notable things that arise with enabling the feature. The first and foremost problem with the feature is the noticeable Increased input lag that includes key-presses and mouse clicks. This can be pretty frustrating while playing in a competitive gaming environment where input lags might slow down the progress.

The next known problem regarding the VSync is the frame drops faced in the game, even though it provides a smooth experience. The dropping frames with VSync is quite evident when the GPU pushes a lot of frame rates, and the monitor doesn’t cope with the output. This leads to the frame drops, which makes the gameplay a bit slower than the usual way.

VSync vs GSync vs FreeSync: Which one’s the best?

There is quite a lot of confusion regarding different technologies from GPU manufacturers to fix screen tearing issues. Although the syncing technology from the GPU companies like AMD, Nvidia brings something beneficial to the users on the table using their specific hardware.

GSync is developed by Nvidia that synchronizes the refresh rate and adapts to the monitor with the refresh rate, specifically with their hardware, with ease. The FreeSync technology from AMD does the same thing of synchronizing and reducing the screen tear issues. Furthermore, FreeSync is advanced with its tech by lowering the input latency, thus making the gameplay experience even better.

Get to Know VSync

We hope you have enlightened yourselves regarding this popular yet not so distinguished feature and got an idea of whether to enable VSync or not. Alternatively, you can turn off VSync and try borderless windowed mode while playing games instead of full-screen mode. In most cases, the borderless windowed mode doesn’t bring up any screen tear issues and uses Windows’ built-in screen buffer. This was our take on VSync technology that radically helps gamers have a joyful and seamless gaming experience without any stutters. 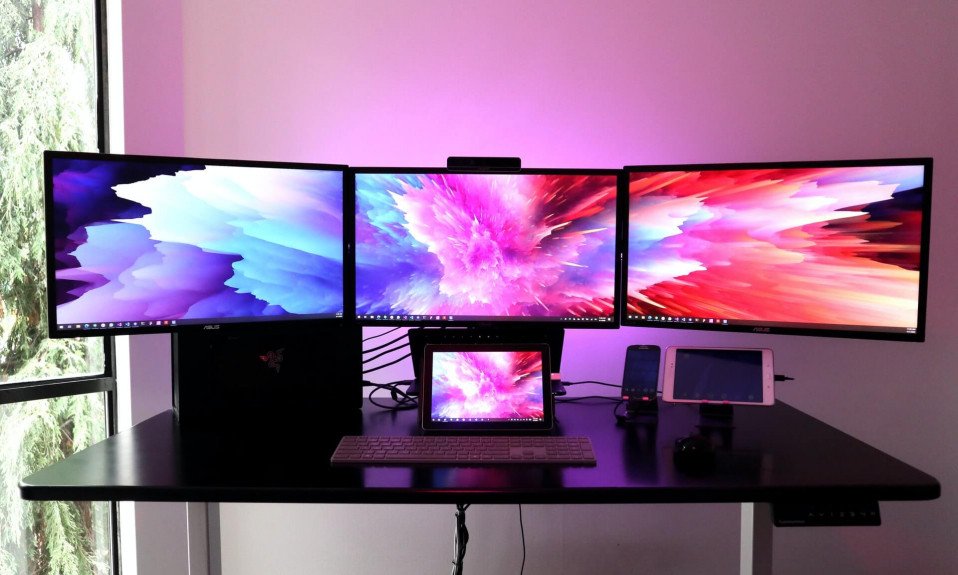 The Best Gaming Monitors for Gamers and Streamers 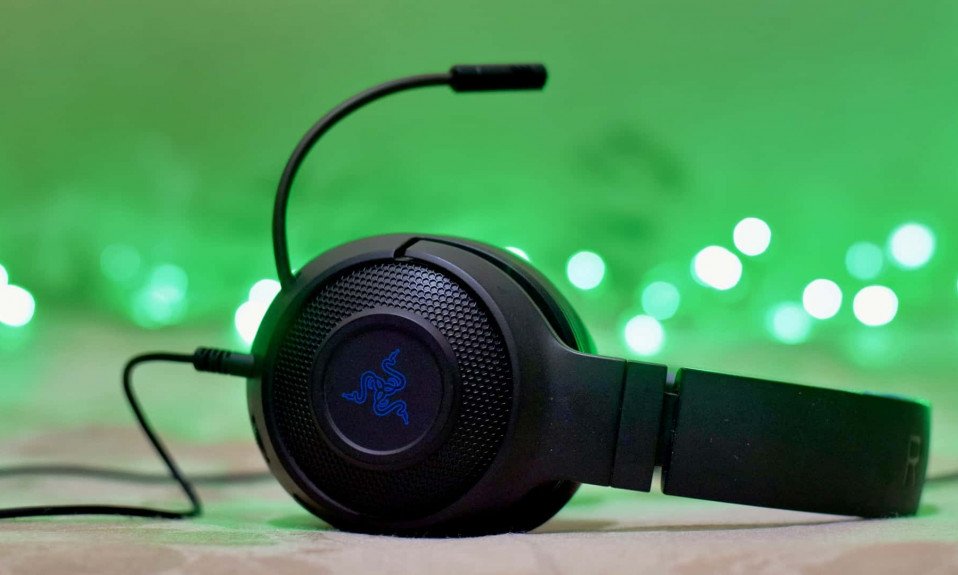 The Best Gaming Headsets to Buy in 2022 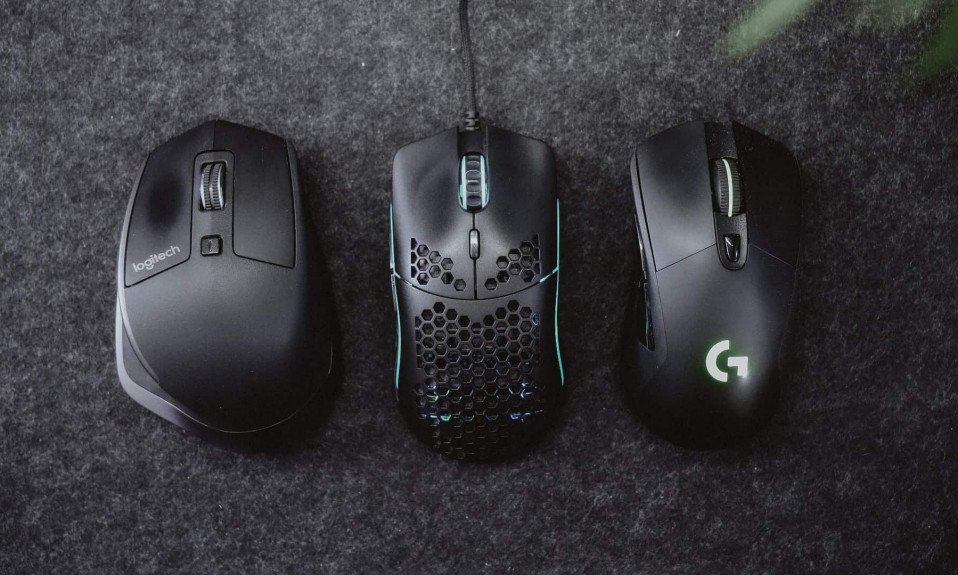 7 Best Gaming Mouse That You Should Try