Vivo’s iQOO is best known for its high-end devices. iQOO is a sub-brand from Vivo and had launched the seven phones in 2019. According to the rumors, this could be the Vivo iQOO 3 5G. Now at the start of 2020, the company is planning to bring another iQOO phone. A new certification from China’s 3C certification agency revealed a phone with the V1950A model number.  Let’s have a look at what all the TENAA certification for the device has revealed.

Vivo iQOO 3 that believes in carrying the V1950A model number, has also bagged approval from the 3C authority of China. Vivo V1950A is a 5G smartphone, and it packs with flagship specs. The handset got a spot at the database of China’s Ministry of Industry and Information Technology (MIIT).

Furthermore, the certification also confirms that the IQOO 3 5G will sport a 4,250mAh battery. Also, it appears to be a flagship device. Hence, expected to be fueled by Snapdragon 865 mobile platform that tags along with X55 5G modem for dual-mode 5G connectivity.

Other than this, the certification does not reveal anything about the device. Still, if the recent leak from Digital Chat Station is anything to go by, the device could feature a waterfall display and “full screen without any openings.” A little while ago, another Vivo smartphone with model number V1963A popped up on the Geekbench database, which could also potentially belong to the Vivo IQOO 3 lineup of smartphones. 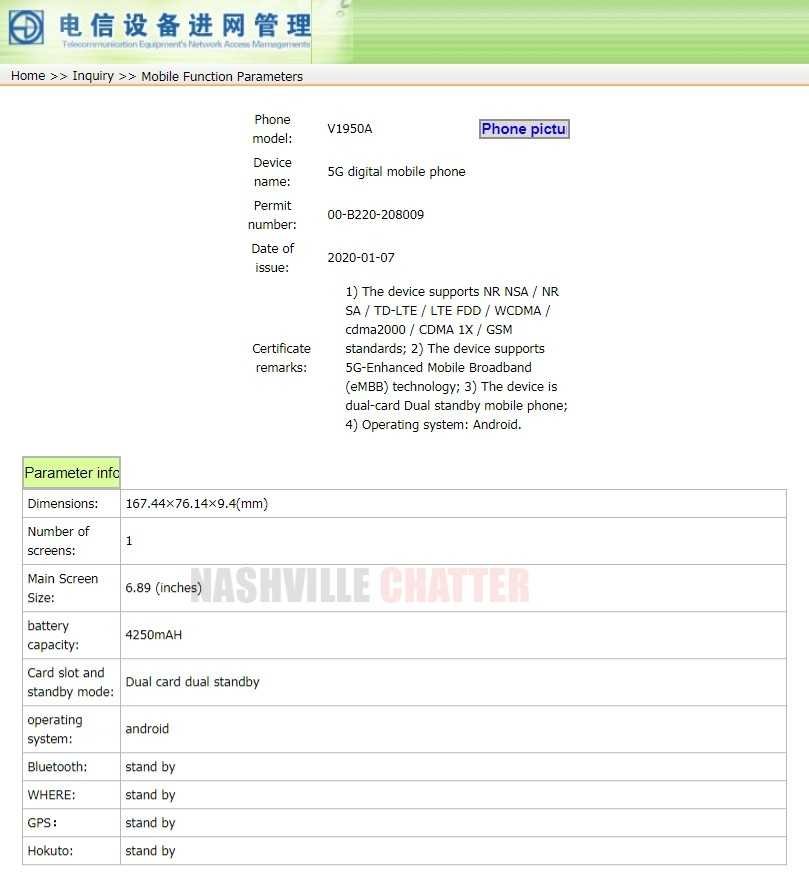 As of now, this is all we know about the Vivo IQOO 3 smartphone. We are sure to get more intel on the same in the coming days. This year, many smartphones are expecting to arrive with punch-hole displays. The original iQOO smartphone had a waterdrop notch. The company may get rid of the notch to the iQOO 3 with a punch-hole screen.

Other smartphone manufacturers in China are also gearing up to launch their gaming smartphones. Xiaomi has already started teasing the Black Shark 3, and Nubia has also confirmed that it will soon be launching the next Red Magic gaming smartphone. Since these phones are coming, Vivo could likely also be working on the launch of its next iQOO gaming phone.