It was a big yet insipid day in the tech space today as Samsung announced its flagships for the latter half of 2022 – the Galaxy Z Fold 4 and the Galaxy Z Flip 4. While the devices might not have received galvanizing upgrades, the phones surely haven’t lost their glamour compared to last year’s Z Fold 3 and Z Flip 3.

The Fold 4 retains the Fold 3’s design philosophy and looks near identical to its predecessor. The only difference one can make externally is the faint reduction in size and thickness. The device’s weight has been reduced from 271g to 263g, despite packing in the same battery capacity of 4,400 mAh.

It has a thin layer of glass as one of its layers to provide more endurance. The cover display is a 6.2-inch panel with an HD+ resolution (2316 × 904 pixels) and an aspect ratio of 23.1:9. It also features Dynamic AMOLED 2X technology and a high refresh rate of 120Hz.

The talk of the town this time around is the SoC powering the Fold 4, i.e., the Qualcomm Snapdragon 8+ Gen 1 Mobile Platform. It is an octa-core processor built on a 4 nm fabrication process and sports the Adreno 730 GPU. It also promises controlled heating and enhanced battery efficiency. 12 GB RAM of LPDDR5 type is standard across all variants, paired with 256 GB, 512 GB, or 1 TB internal storage of UFS 3.1 type. The Galaxy Z Fold 4 boots OneUI 4.1.1 based on Android 12L out of the box and is assured of receiving 4 major OS upgrades and 5 years of security updates.

As said earlier, the Fold 4 packs a 4,400mAh cell with support for 25W fast charging, 15W fast wireless charging, and 4.5W reverse wireless charging. Samsung has specially curated some exclusive software features, like Flex Mode, which can be forced to work with more apps now, a Windows-style taskbar (only on the Z Fold 4), seamless app switching while unfolding, etc. The device has dual stereo speakers, a side-mounted fingerprint scanner, and AI-based face unlocking for biometric authentication, Wi-Fi 6E, Bluetooth 5.2, and USB Type-C 3.2, but misses out on a headphone jack and an SD Card slot.

The Z Flip 4 is somewhat different from its predecessor, thanks to its flat edges, the trimmed front bezels, and the matte finished glass back panel. The Flip 4, too, is a shade thinner but a mere 4g heavier (187g vs. 183g) than its previous iteration. Of course, the glass back is protected using Gorilla Glass Victus+, and the frame is made of Samsung’s aluminum armor. There’s an ingress protection rating of IPX8 on the Flip 4 as well.

The inner 6.7-inch screen is protected using a thin sheet of glass and has slightly raised edges to prevent the display from scratching itself. It has an FHD+ resolution (2640 × 1080 pixels) and an aspect ratio of 22:9. Likewise, it also features Dynamic AMOLED 2X technology 120Hz adaptive refresh rate (1~120Hz), HDR10+ certification, and 1200 nits of peak brightness. The Z Flip 4’s cover screen is a 1.9-inch Super AMOLED panel having a resolution of 260 × 512 pixels.

Again, the Z Flip 4 accommodates the same 4 nm octa-core SoC – Qualcomm Snapdragon 8+ Gen 1 Mobile Platform paired with Adreno 730 GPU. 8 GB RAM of LPDDR5 type is standard across all variants, and the device boots the latest version of OneUI, i.e., the v4.1.1 based on Android 12L. The device comes in three storage variants of UFS 3.1 type – 128 GB, 256 GB, and 512 GB. Like its elder sibling, the Flip 4 will also receive 4 major OS upgrades and 5 years of security updates.

The dual-camera setup on the posterior end houses a 12 MP f/1.8 main lens with dual pixel autofocus and OIS, along with a 12 MP f/2.2 ultra-wide angle lens with a 123˚ field of view. The front selfie camera is a 10 MP f/2.4 shooter. One can use the cover display as a viewfinder to click selfies using the rear cameras. This is possible on the Z Fold 4 and the Z Flip 4. There’s also support for 4K video recording at 60 frames per second using the main camera.

The biggest improvement after the chip upgrade is the increment of battery capacity from 3,300mAh to 3,700mAh. It still supports just 25W fast charging, 15W fast wireless charging, and 4.5W reverse wireless charging, but eliminating battery anxiety can forgive all the other shortcomings. Of course, Samsung hasn’t missed out on stereo speakers, a side-mounted fingerprint scanner, an AI-based facial unlocking for biometric authentication, Wi-Fi 6, Bluetooth 5.2, etc. It, however, omits the USB Type-C 3.2 port, SD Card slot, and the 3.5 mm headphone jack.

Keeping up like last time, the Z Flip 4 will also be available in a Bespoke Edition, which can be customized depending on the buyer’s liking. The color choices for Bespoke Edition include – Yellow/White/Navy/Khaki/Red for the back glass panel and Silver/Black/Gold for the mid metal frame. Do note that some colors and storage variants may be region-specific.

Samsung is also running a plethora of pre-order advantages, trade-in benefits, and the offers depend on your region, so visit Samsung’s website to know more about them. Thanks for reading our article until the end. 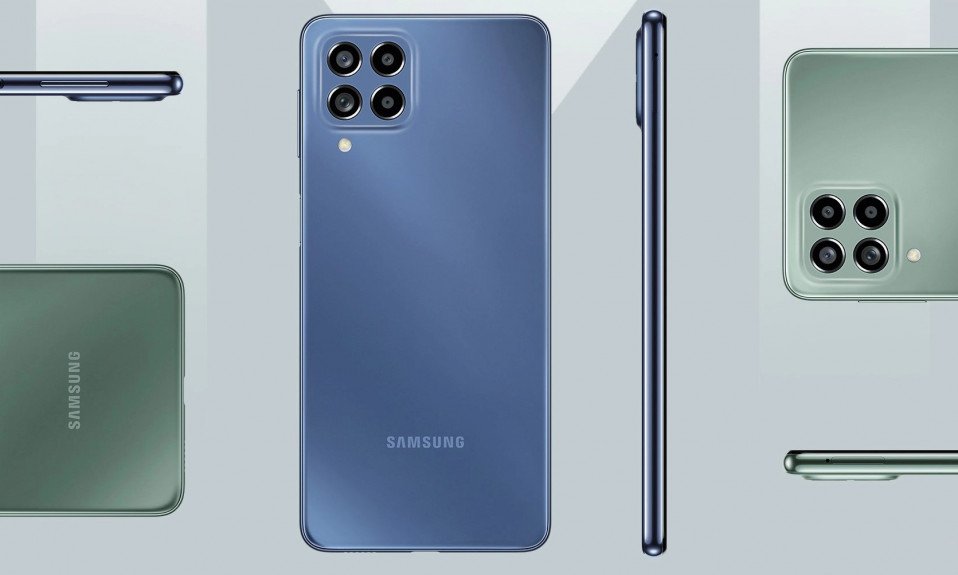