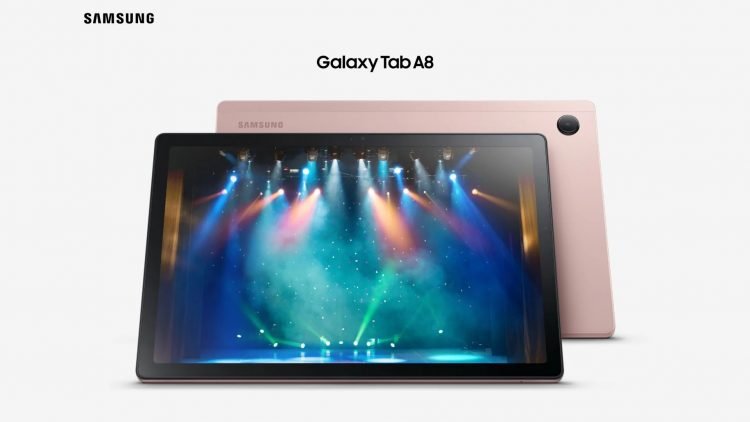 The Samsung Galaxy Tab A8 sports a 10.5-inch WUXGA TFT display with 2000 x 1200 pixels screen resolution. The tablet’s display comes with a 16:10 aspect ratio and an 80 percent screen-to-body ratio.

In addition, the handset comes with up to 3GB of RAM and up to 128GB of internal storage, which can be further expanded up to 1TB via a microSD card slot. The Samsung Galaxy Tab A8 features quad-speakers for the actual surround sound experience with the support of Dolby Atmos and runs on the Android 11 operating system-based OneUI 3 on top.

The Galaxy Tab A8 features an 8MP rear camera with LED flash in terms of imaging and photography. At the front, the tablet features a 5MP selfie shooter for snapping selfies and video chatting. The Samsung Galaxy Tab A8 is backed by a 7040mAh battery with 15W adaptive fast charging.