Samsung’s upcoming Unpacked event got scheduled to take place on August 5. The event will reveal the company’s flagship smartphone, the Galaxy Note series for the year 2020, and the newest edition and sequel for the Galaxy Fold. The manufacturer is teasing the launch event with a copper color scheme as the device may get launched in that color.

The smartphone was found on many leaks and videos recently, which revealed most of the design cues and software versions. The official announcement is coming in a few days, and there is already a lot of information and images that give a clear idea of the Note 20 series. The expected price range gets revealed too, as it’s Samsung’s highest grade flagship series after the Galaxy S-series.

The cases for Galaxy Note 20 Ultra from Samsung have got leaked in three different colors: black, pink, and green. The case has a transparent part that may get used to showing important stuff to the user and can navigate through some of their notifications and smaller actions that can get fitted into that. 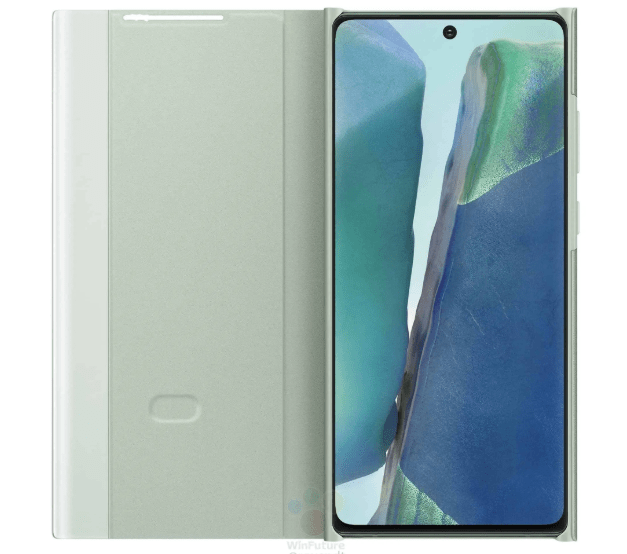 The company has introduced a new segment, which was a lite version of the Note 10 and Galaxy S10 in the market. Now, there is a high probability that this tag will get removed, and the standard Galaxy Note 20 5G variant gets considered as a lite version. This smartphone may miss out on key features such as 120Hz refresh rate display, latest Gorilla Glass protection, microSD expansion, and low-latency S-Pen, which is a bummer for the price.