Samsung Galaxy A22 had debuted in Europe earlier in 4G and 5G models. There were a lot of rumors that a 4G model was on its way to India. Samsung Galaxy A22 4G has been officially added to Samsung India’s website and the smartphone is also available for sale.

The Samsung Galaxy A22 features a 6.4-inch HD+ AMOLED display with a high 90Hz refresh rate along with a 720×1600 resolution. The device is powered by an MediaTek Helio G80 SoC built on a 12 nm fabrication process paired with 6GB RAM and 128GB of internal storage (which is expandable up to 1TB via MicroSD card).

The Samsung Galaxy A22 sports an integrated Mali G52 GPU for better graphic quality. In addition, the device runs on Android 11 with OneUI 3.1 skin out of the box. For security, the device features a side-mounted fingerprint sensor as well.

In terms of optics, the Samsung Galaxy A22 features a Quad-camera setup at the rear which includes a 48MP primary sensor which gets accompanied by an 8MP ultra-wide lens, a 2MP macro lens , and a 2MP depth sensor as well. At front, the handset features a 13-megapixel selfie shooter inside an infinity-U notch for selfie snapping and video chatting. 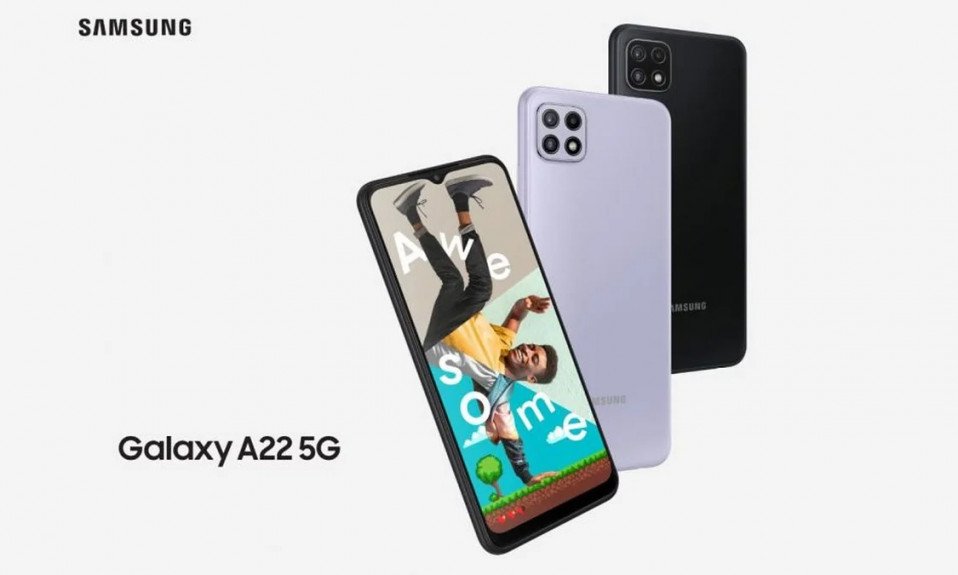