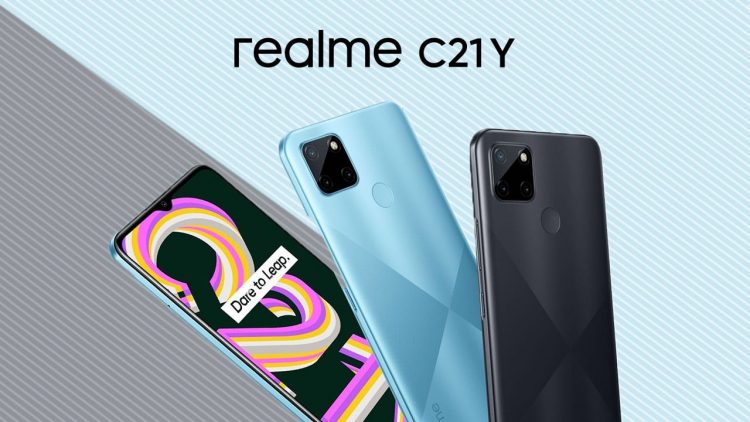 Yet another C series smartphone from Realme showed up today, and it’s no other than the Realme C21Y. Starting at ₹8,999, it offers a triple camera setup, a 5000mAh battery, and more. Also, for the very first time, Realme has used a Unisoc processor instead of their usual MediaTek offerings.

It comes to no one’s surprise that the Realme C21Y will compete against the Micromax IN2b, their own Realme C series smartphones, and a couple of offerings from Redmi, Tecno, and Infinix.

Starting with the display, we get to see the same display that Realme has been putting on every budget smartphone, i.e., a 6.5″ HD+ IPS LCD panel. It doesn’t feature a high refresh rate, and it can reach a maximum brightness of 400 nits. The resolution is capped at 1600 x 720 pixels. The whole body, including the back panel, is made of plastic, which is standard in this price range.

Now for the USP — it houses the Unisoc T610 SoC clocked at 1.8GHz. The processor is based on a 12nm fabrication process, and it has an integrated Mali-G52 GPU. It comes in two variants, the higher one having 4GB LPDDR4X RAM and 64GB of storage. On the software front, the device runs on Realme UI 2.0 based on Android 11.

The rear camera setup includes a 13MP primary camera, a 2MP macro lens, and an additional 2MP B&W lens. It features basic camera modes like Portrait Mode, Timelapse, Panoramic view, Beauty Mode, HDR, etc. On the front, the V-shaped notch accommodates the selfie camera, which is a 5MP sensor. The rear camera can record video in 1080p at 30 fps.

The smartphone packs a 5000mAh battery, which can charge at 10W via Micro-USB. It supports reverse charging, which enables charging other phones using a wire. Connectivity features include 4G VoLTE, Bluetooth 5.0, Wi-Fi, GPS etc. The phone has a rear-mounted fingerprint scanner, 3.5mm headphone jack, and a dedicated SIM-card slot. There’s also a rear-facing single mono speaker.

The Realme C21Y comes in two configurations — 3GB+32GB for ₹8,999 and 4GB+64GB for ₹9,999. Buyers can choose from two colors, namely Cross Blue and Cross Black. The phone will be available from 30th August 2021, at noon via Flipkart, Realme India online store, and select retail outlets.