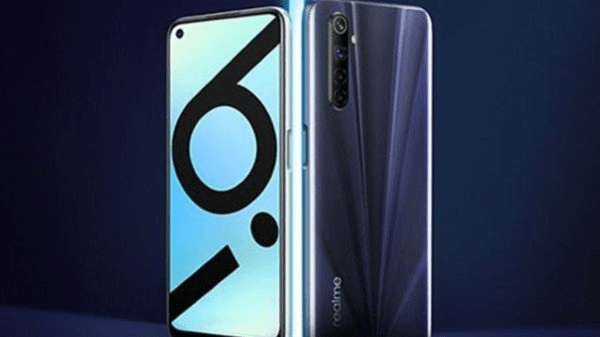 Realme is looking to expand its recently launched Realme 6 series with another model named ‘Realme 6i’ which will be the successor to Realme 5i. Realme 6i may launch in India very soon alongside the Realme C11 on Tuesday, July 14. The company hasn’t provided any official news about the Realme 6i. Still, on Friday, Flipkart revealed the launch details of the new Realme phone through its mobile app in a listing got immediately removed after a few minutes.

The image also carried a text that said, “Realme 6i Flipkart’s Most Powerful Mid-rangers under 15k.” It points out that the new phone will arrive in the country with a price tag of under Rs. 15,000. Furthermore, the image highlighted July 14, 1 PM, as the launch date of the new smartphone.  We expect that the Realme 6i is going to be the rebranded model of the Realme 6s that got launched in Europe in May 2020.

However, last week the Realme 6i rumored poster hinted at its imminent launch in India. That poster also featured an image of the new Realme phone that appeared similar to the one showcased by Flipkart.

Realme hasn’t confirmed any news or specifications about the Realme 6i, but the image listed by Flipkart reveals a little too much about the device. The image states that this smartphone is going to be fueled by a MediaTek Helio G90T. It is likely to feature a 90Hz smooth display, which is a standard refresh rate in many affordable smartphones these days. We can also guess that the Realme 6i could be a rebranded Realme 6s.

If this is going to be accurate, then the Realme 6i will most probably arrive with a 6.5-inch Full HD Display+ LCD Display with a resolution of 2400 x 1080 pixels and a 90Hz refresh rate (this is confirmed). Under its hood, the phone is believed to feature a MediaTek Helio G90T SoC paired with 4GB RAM and 64GB of storage space with an expandable memory space of up to 256GB.

The device will run Android 10 with Realme UI, a quad-camera setup with a 48MP primary sensor with LED flash and EIS, an 8MP secondary sensor with a 119-degree ultra-wide-angle lens, a 2MP tertiary mono sensor, and a 2MP fourth macro sensor. The other aspects of the smartphone are likely to include a 16MP selfie camera, a side-mounted fingerprint sensor, FM Radio, a 3.5mm headphone jack. There’s also Dolby Atmos, standard connectivity aspects, a USB Type-C port, and a massive 4300mAh battery with 30W Flash Charge support, and the device is going to be under a budget of Rs. 15,000.

OnePlus Nord surfaced on GeekBench accompanied with a mysterious device