PUBG brings its first Update of 2020, and it’s the PUBG Mobile 0.16.5 update. The new update brings essential new content, such as the arrival of Domination mode, a new map called City, and the Royale Pass of Season 11 called Operation Tomorrow.

The latest PUBG Mobile update for Android and iOS is now available for download, starting the Season 11 Royale Pass with a ton of new weapon and object appearances, new year-themed objects, rewards, and more. In a recent press release, it has confirmed that update 0.16.5 will begin rolling out starting today without taking the servers offline. The update will require about 0.14GB on Android and 0.17GB on iOS. 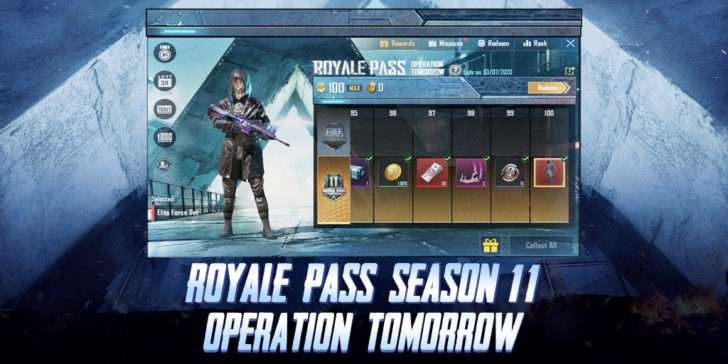 If you update to PUBG Mobile 0.16.5 before January 15th, you’ll receive 20 silver fragments, 2,000 Battle Points (BP), and a Blue Glide Trail. So you should get downloaded before it’s too late. Even though the blue glide trail is temporary, it’s better to use it before expiration. These gifts aren’t great, but they will be an excellent addition to your inventory.

It is another big update considering the journey of PUBG Mobile. The PUBG Mobile 0.16.5 update brought back the most awaited Arena mode, which was pulled back in the 0.16.0 update. With the new Royale Pass Season 11, players are quite happy with the great stuff it brought along. The domination mode with two players divided into four teams fighting to capture the bases seems to be an exciting mode.