Poco M2 Pro is the company’s upcoming smartphone launching for the Indian market. The manufacturer entered India as the sub-brand of Xiaomi and released its successful device Poco F1 which got a lot of acclamation among the customers and reviewers for its value for money and performance.

The company has recently announced a Poco X2 smartphone with mid-range specifications and pricing. The audience is now waiting for a new iteration from Poco for a long time, and the company has announced that it is launching its Poco M2 Pro on July 7 in India through live events.

The smartphone’s internals and benchmark scores get revealed in the GeekBench listing. In the picture, we can see that M2 Pro gets found running the Android 10 Operating System that gets powered by the Snapdragon 720 processor coupled with 6GB of RAM.  The name of the device was “Xiaomi POCO M2 Pro”.

The real deal that Poco is bringing to the Indian masses is a rebranded Redmi Note 9 Pro as M2 Pro. We can assume this as the camera layout in the recent Tweets from Poco India and Flipkart have shown the device back. The specifications and design are quite similar to the Redmi Note 9 Pro. 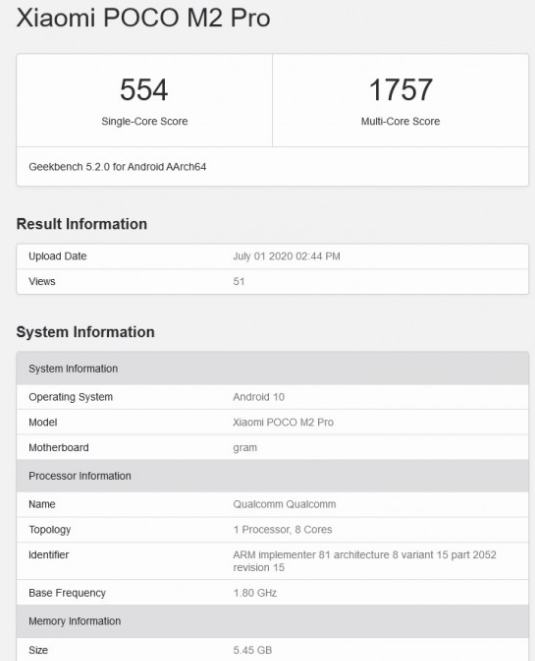 The device will feature a 6.67-inch Full HD+ LCD. The smartphone will run on the Snapdragon 720G processor coupled with 6GB of RAM, which widely gets used in many mid-rangers. The fingerprint sensor is placed on the side along the lock/unlock button, and the battery capacity of this device is a 5,020 mAh cell.

The camera setup used in the Poco M2 Pro is a Quad-lens that has a 64MP primary sensor, 8MP ultrawide, 5MP macro, and 2MP depth sensor. The front has a 16MP sensor. The device gets a 30W fast charging support, and Poco is advertising this feature with a tagline “#Feel the Surge.” More details will get unveiled on July 7. 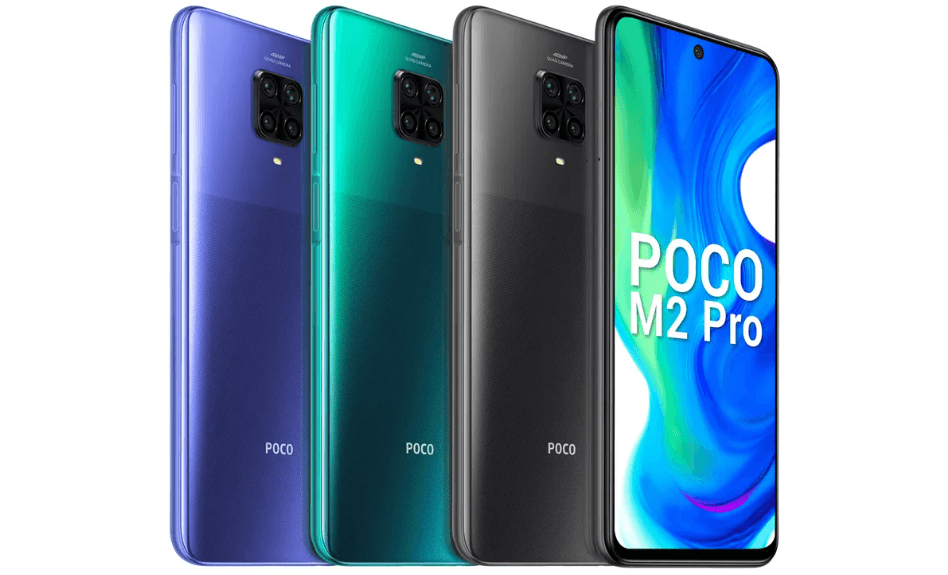