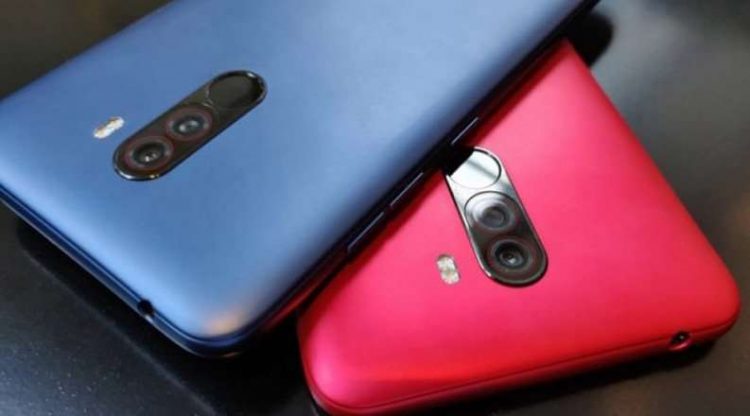 The POCO F2 has been in leaks all the time, but there isn’t a thing to the story yet. POCO F1 was a huge success, but the fans have been waiting for its successor for a long time. There have been many rumors and leaks regarding this phone, but no one is confirmed yet.

Everyone has been anticipating a POCO F2, but the company still doesn’t respond very well to the updates too. In 2020, we are getting some sparks of hope to the flame of the smartphone. Recently, the device got a trademark in China as POCO F2. It didn’t confirm the uprising of the POCO F2, though, but yes, it did spark hopes for the fans.

Recently, a new variant appeared on Geekbench. In addition to the X2 option, there’s been an F2e, and it’s somewhat weird. The X2 was allegedly a fake one as it turned out to be the Redmi K30, which had a change in build prop. 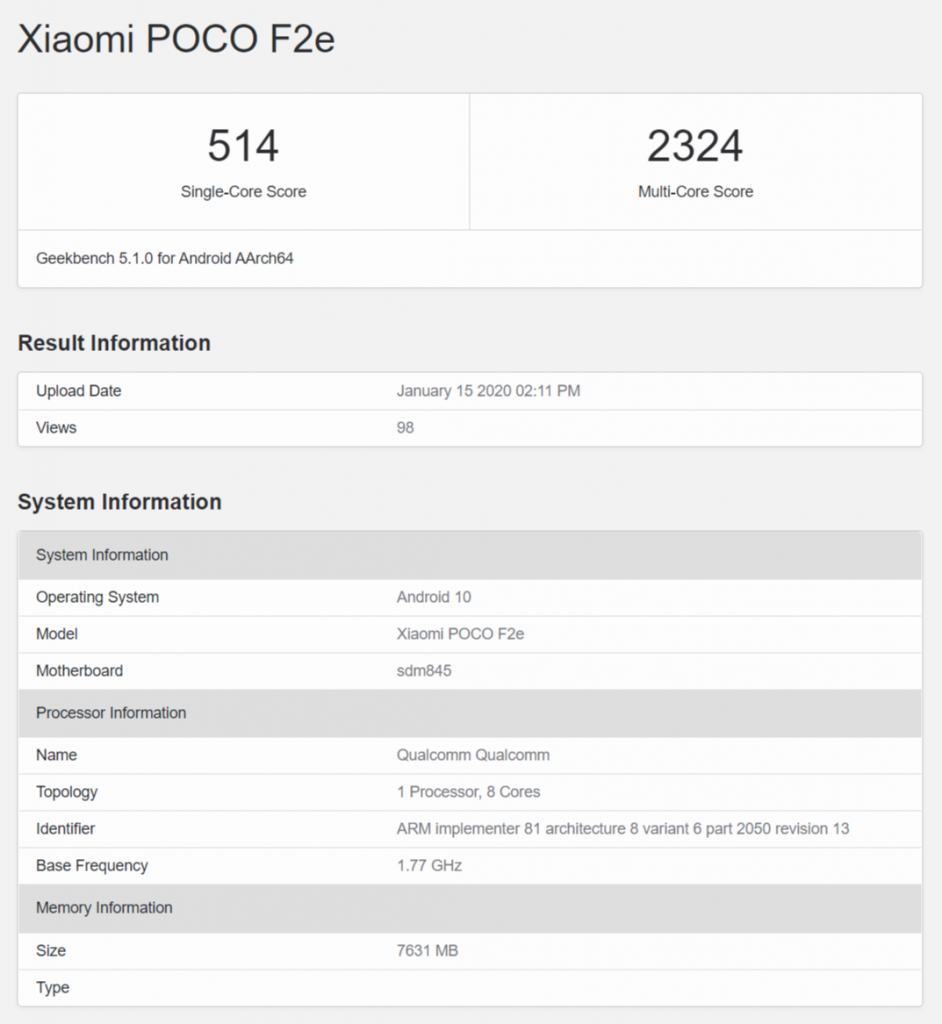 The POCO F2e, which got benchmarked on the GeekBench, but we can’t confirm the leak yet. As we said earlier, anyone can modify the “build.prop” with a text editor. The thing is that it bears the same specifications as the POCO F1. It is most likely to be a fake one.

Interestingly, it bears the Android 10 version and possibly can be a test of an update on the POCO F1. And there’s an 8GB RAM powering it. The results are nearly identical to that of the POCO F1, but there’s no hiding the truth that it may be a fake. The 8GB RAM is an addition, which makes us curious if there’ll be two versions of POCO F2 at the launch.

Although, some tweets shared on Twitter have confirmed that POCO F1 will be receiving the Android10 update very soon, which is quite exhilarating. It keeps everyone to stick with their POCO F1 for a little longer until the POCO F2 comes out in the wild.

So what do you think about this leak? Let us know in the comments below. For further leaks, news, and much more exciting tech stuff, visit us. Also, comment below if you have any questions regarding it. We’ll try to overcome your issues if possible. We’re welcome for any further suggestions as well.

The Amazing Chromium Based Microsoft Edge Browser Has Arrived!

How To Convert FLV to MP4 in Windows and macOS Perfectly