OnePlus Nord is the company’s most awaited mid-range device slated to launch in July 2020. As the launch date is very close, OnePlus have started released a documentary about the company’s Beginning and has revealed the making and design of the upcoming smartphone in the released videos.

The device’s back and front design have got recently revealed in the promotional trailer of the smartphone. The model showed in the trailer features a triple camera setup with the glass back and dual selfie punch-hole cameras on the front. The specifications and design aspects have already got leaked on the internet before.

OnePlus Nord is all set to launch on July 21 in India, which got confirmed by teasers from Amazon India. The page got taken down before they briefly revealed the launch date and AR invites for the launch event. The company is well-known for its unique launch event right from the first OnePlus One event.

OnePlus is going to provide a card type invite, which after getting scanned by the company’s provided app or link, will make the phone get placed on the card, which comes in the size of the regular phone. The physical AR invite can get used to practically experiencing smartphones right in your hand. 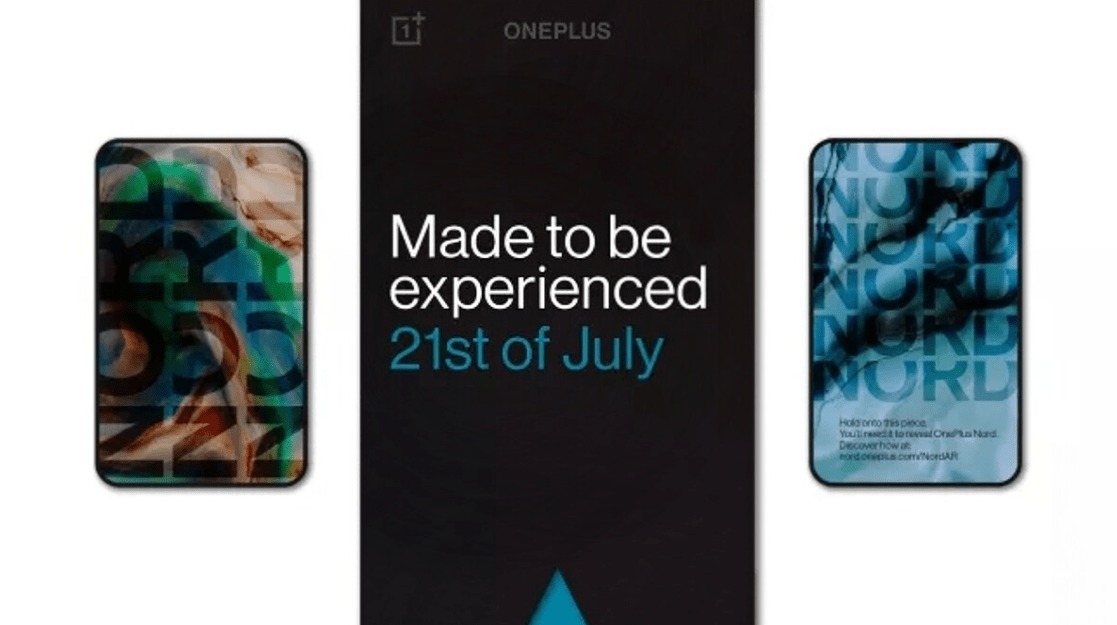 The name of the smartphone was also teased for a long time, as the company’s Instagram page for the Nord was named “onepluszlitethingy,” which led to lots of name speculations around the device. After a lot of wrong names and misleading teasers, the company has revealed the title as Nord.

The OnePlus Nord is confirmed to get powered by the Snapdragon 765G processor, which is a new mid-range 5G processor from Qualcomm. The device is said to come with the pricing of below $500 range, which is where many mid-range segment devices launched. More details will get revealed on the July 21 launch event.