The OnePlus 8 Pro is the most excited phone in 2020. And everyone is expecting a 120 Hz refresh rate with a Snapdragon 865 chipset. Interestingly, the OnePlus 8 Pro leaked on the GeekBench website a while ago. It reveals the key specifications of the OnePlus 8 Pro, including the RAM, benchmark score, processor, OS, model name, and much more.

The listing reveals that the model number of the smartphone will be GALILEI IN2023. Furthermore, we can see 12GB of RAM running on Android 10. Its single-core score is 4296, and the multi-core score is 12531. 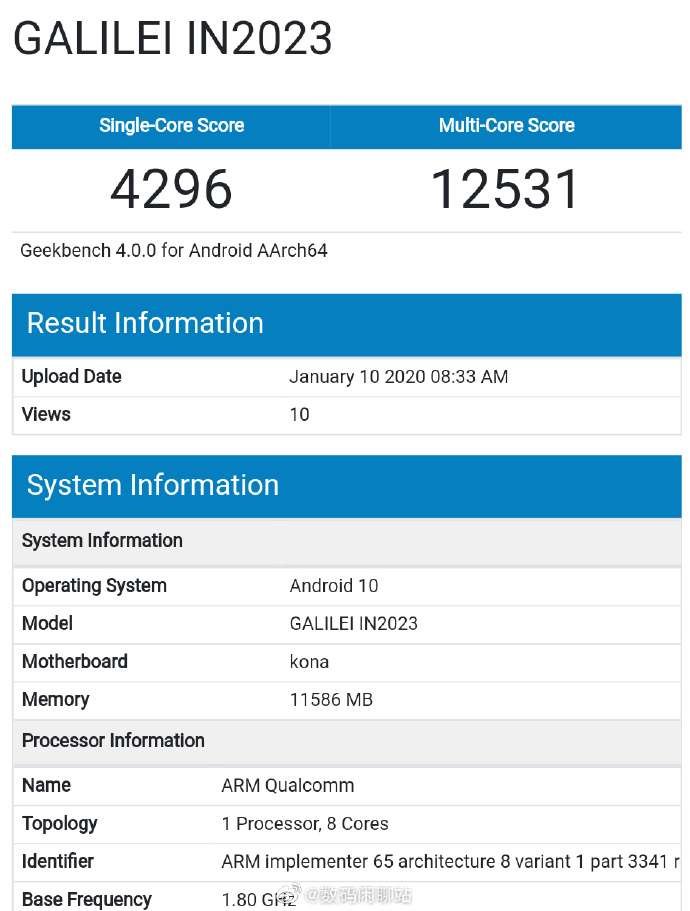 The OnePlus 8 Pro will run Android 10 out of the box with Oxygen OS 10 on top of it. Previous reports revealed that the OnePlus 8 would equip with a 6.44-inch Samsung’s E3 AMOLED display with a resolution of 2400×1080, and a  refresh rate of 90Hz.

The cameras expected to have a triple camera setup, which will include a 60MP, 16MP, and a 12MP camera. And the front camera will be a 32MP selfie camera.

OnePlus 8 Pro, on the other hand, will come with a 6.7-inch Samsung’s E3 AMOLED display with a resolution of 3180×1440 and a refresh rate of 120Hz as expected. It’ll also come with the same triple camera setup and includes a 60MP,  16MP, and a 12MP camera. It’ll sport the same 32MP front camera with an additional ToF lens. 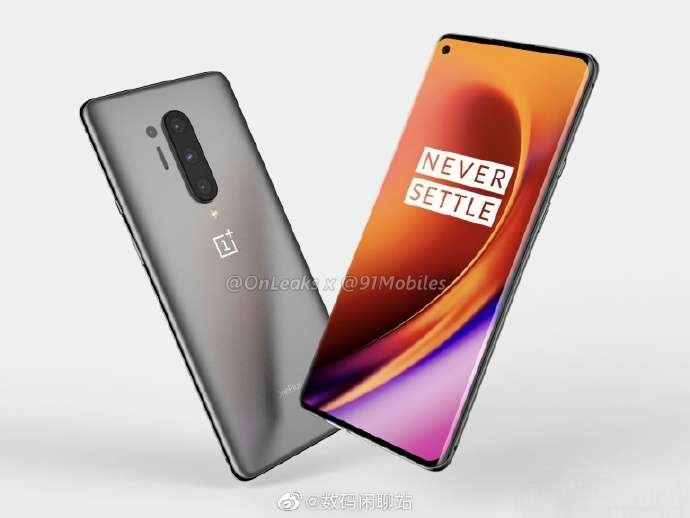 According to Pete Lau, it will be the most beautiful OnePlus phone ever made. He announced this at an event in Beijing on December 23rd. Unofficial renders provided from prominent leakers like OnLeaks in partnership with 91Mobiles. Those leaks revealed the addition of a new sensor at the back, calling it a 3D Time sensor, which will be a sensor for depth sensing.

The OnePlus 8 Pro seems to be a very promising upgrade from OnePlus and maybe a beauty compared to the previous OnePlus devices. Although, we are still waiting for some official leaks for the confirmation of the device renders. We’ll keep you updated if there’s any new information regarding the OnePlus 8 or the OnePlus 8 Pro.

As per some internal talks, the OnePlus 8 Pro expected to be an expensive one. But we still don’t know the exact pricing of the device yet. If we get to know anything, we’ll inform you of an updated post. Interestingly, there’ll be OnePlus 8 Lite to compensate for the pricing of OnePlus 8 Pro. It is said to be much cheaper than the previous OnePlus devices.