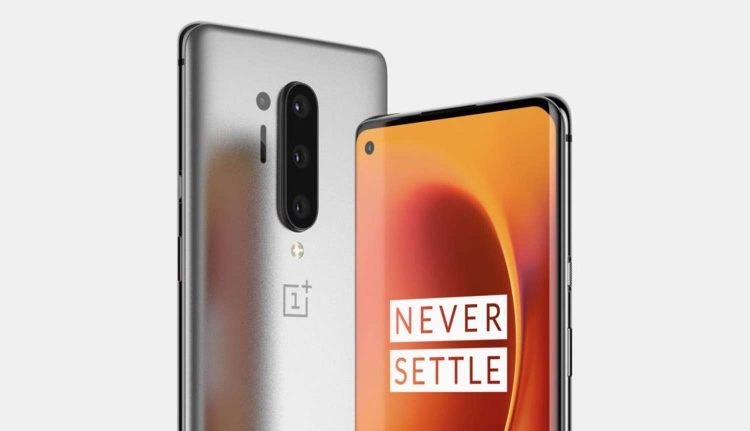 OnePlus 8 and 8 Pro are right around the brink to launch. As April 15 nears, more leaks of the these emerge on the surface. Ove the past months, we’ve seen many leaks regarding these phones. There were leaks regarding the Robert Downey Jr. using the OnePlus 8 Pro, and some other renders and leaks. Some more live images have surfaced on the internet for the upcoming series.

An image was made available on Twitter recently revealing the design of the OnePlus 8. These images give us an overview of how the OnePlus 8 could look from the front and the back. The images exhibit the use of a punch-hole display with a curved glass body design. There’s a single camera on the front in case of the OnePlus 8, while the Pro variant will have two cameras.

Taking a look at the back, we can see the same vertical camera design that we saw on the OnePlus 7T Pro. The OnePlus 7T Pro featured a triple camera setup, and the OnePlus 8 will also feature a triple-camera setup wherein the fourth sensor will be an additional 3D ToF sensor or a macro lens on the Pro variant. Other than those, we see the new OnePlus logo, announced recently.

Earlier today, tipster Ishaan Agarwal unveiled the specs of the OnePlus 8 and 8 Pro specifications. According to his leak, the OnePlus 8 will come with a 6.55-inch Full HD+ Super AMOLED display with a 90Hz refresh rate. The Snapdragon 865 5G chipset power it with 8GB/12GB LPDDR4X RAM and UFS 3.0 internal storage capacity of either 128GB/256GB. It’ll run on Android 10 with Oxygen OS 10 on top of it. 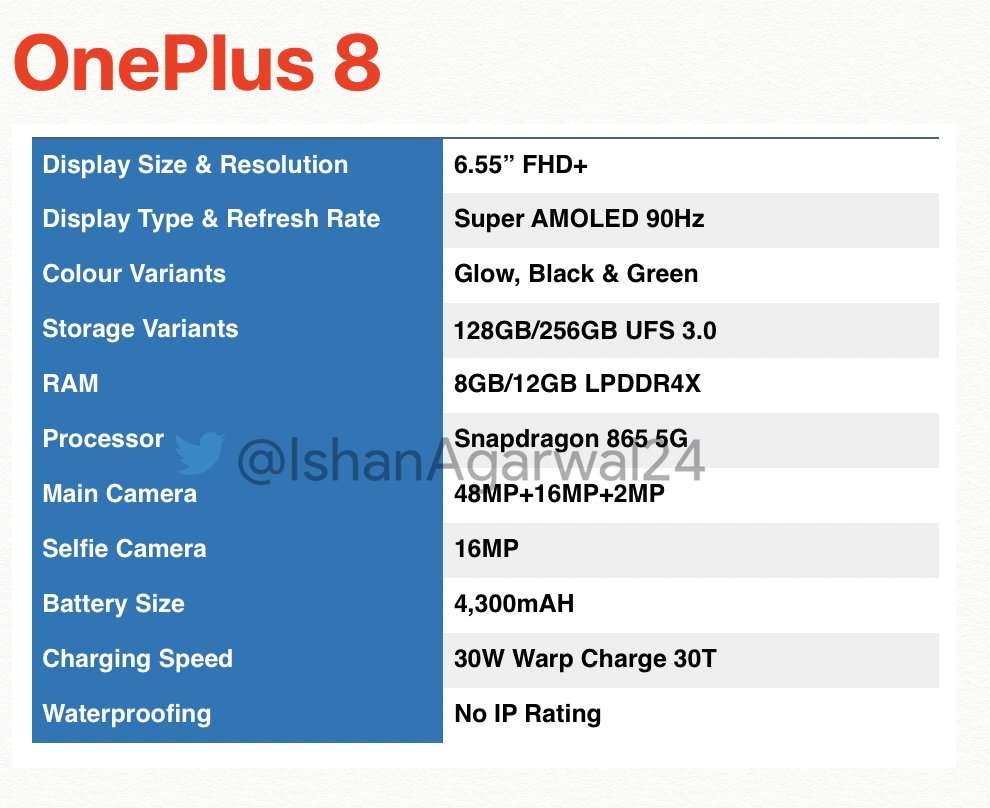 It will feature a triple-camera setup, which will have 48MP+16MP+2MP sensors. The selfie camera is a 16MP one. The battery capacity is said to be 4,300 mAh with 30W Warp Charge 30T and will not have an IP rating. It’ll be available in Green, Black colors along with a new color called Glow. It’s interesting to see what OnePlus is planning. 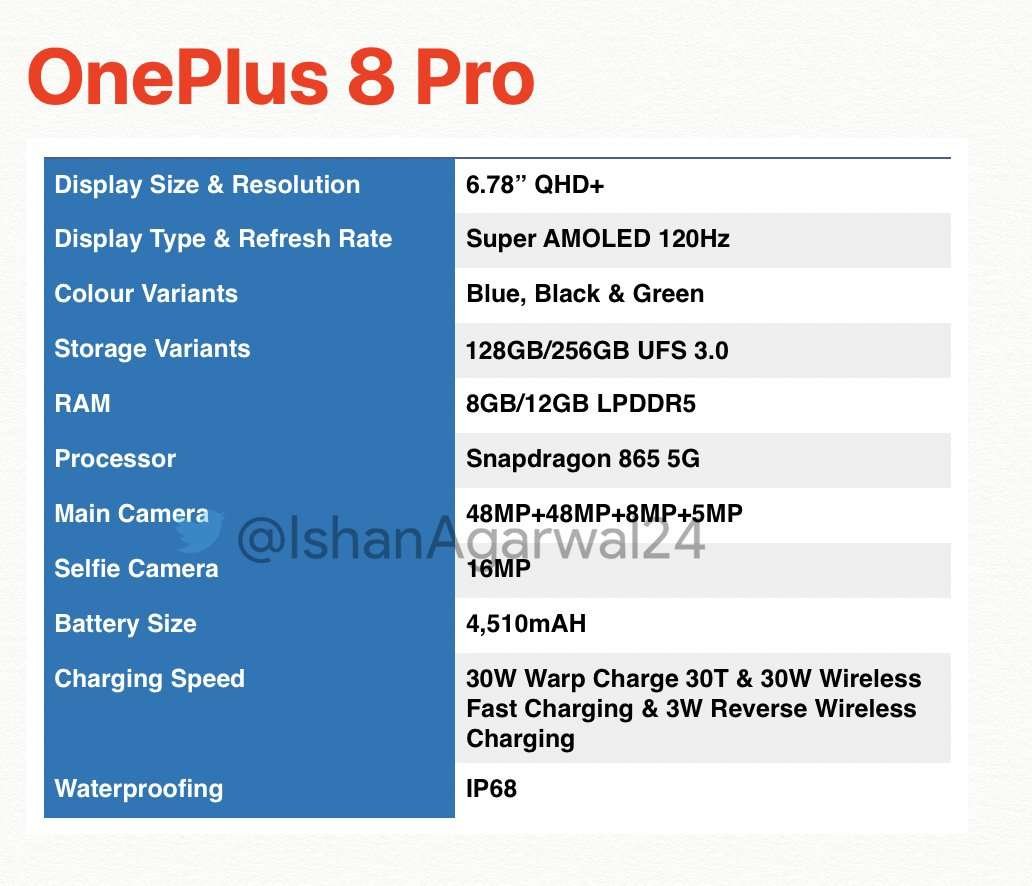 The 8 Pro will feature a quad-camera setup—48MP+ 48MP+8MP+5MP sensors. The selfie camera will be the same 16MP though we may see another front camera in the case of 8 Pro. It’ll have a 4,510 mAh battery where it’ll support 30W Warp Charge 30T along with 30W wireless charging.

Interestingly, it’ll also support 3W reverse charging, which is something new. Unlike the OnePlus 8, the 8 Pro will come with an IP rating of IP68. This because there is no pop-up selfie mechanism on the 8 Pro now. The 8 Pro will be available in three colors—Blue, Black, and Green. Weirdly, we don’t see any Glow color option here. We will get to know in the end anyways.

The OnePlus 8 series is going to launch on April 15 as an unofficial confirmation. But due to the COVID-19 Coronavirus lockdown going on in different parts of the world, it might be delayed accordingly. OnePlus haven’t made any confirmation regarding the official date yet. The launch date will likely shift to the end of April or the first week of May.

What do you think of the OnePlus 8? Are you excited about it? Let us know in the comments, and feel free to leave any suggestions as well.
For the latest tech news and reviews, follow TechBaked on Twitter, Facebook, Instagram, and join our Telegram Channel for daily tech news in your inbox.