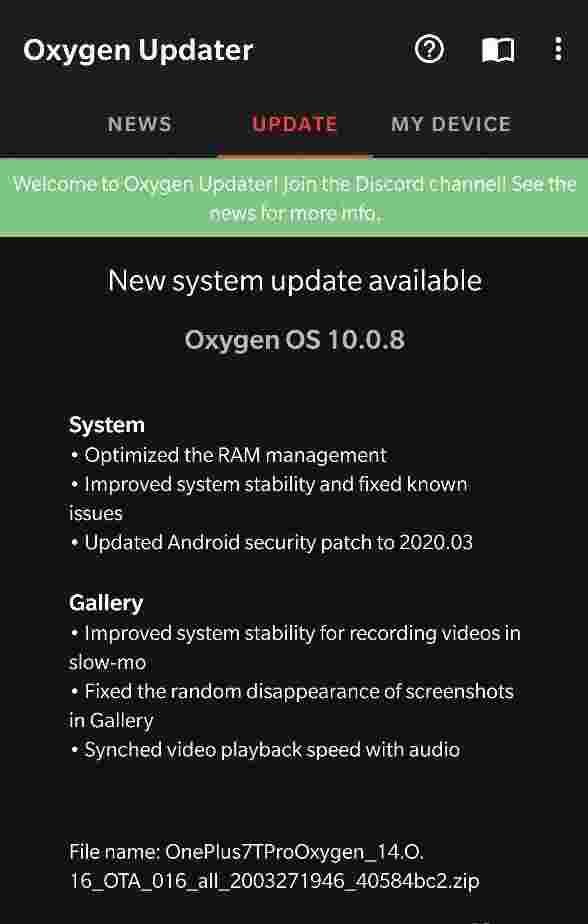 The update brings in the March 2020 Android Security Patch just like the 7 and 7 Pro. In addition to these, optimizations to the RAM management and slow-motion has been done. Sadly, we’re not seeing any signs of Instant Translation feature in this update while we saw them on Beta builds.

The complete changelog for OxygenOS March 2020 stable update is given below. Although, we don’t see much of a difference between the 7 and its T versions.

OnePlus said that this update will be a staged rollout for now, which means the update will be available for a limited number of users only. If the company doesn’t find any major bugs, they’ll start the wide rollout accordingly. Additionally, OnePlus mentioned that there’ll be no use of using VPNs as it might not result in availing the rollout for your device.

If you want to manually update to the same update, you can find the links to the Incremental and the Full OTA builds mentioned below.

There are no links for Europe builds for now. it seems they’ve merged it into the Global builds. If we find any links, we’ll update it here later.
For the latest tech news and reviews, follow TechBaked on Twitter, Facebook, Instagram, and join our Telegram Channel for daily tech news in your inbox.