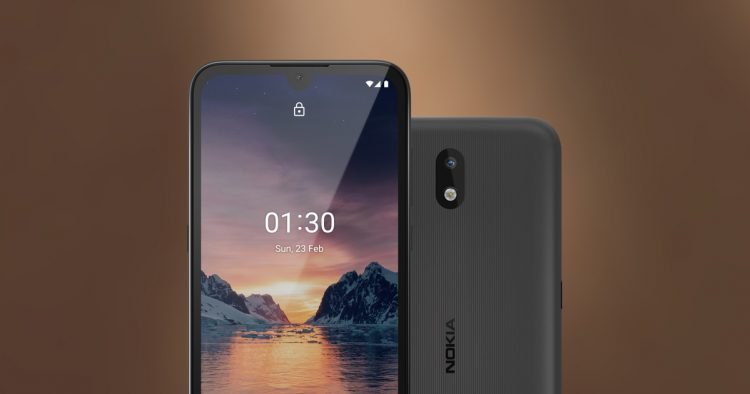 Nokia 1.4 is the upcoming low-budget smartphone from HMD Global and is the successor for the last year launched Nokia 1.3 smartphone that ran on the Android’s Go version. The entire specifications of this budget-oriented device have leaked which revealed major details of the device before the launch.

Nokia 1.4 as per the leaked specification list features a 6.5-inch HD+ LCD screen. The smartphone is powered by a 1.3 GHz Quad-Core Processor which can also translate to a Qualcomm QM215 platform chipset that mostly gets used by the affordable and budget smartphone range.

The smartphone packs in with 1GB of RAM and 16GB of internal storage as this range of smartphones from HMD Global for Nokia are in the low-end budget category. They haven’t compromised in the battery and camera department of the Nokia 1.4 which are rumored with a 4000mAh cell and a dual-camera setup on the rear.

The battery is a massive upgrade and even the camera-setup looks decent at the price range that HMD Global is bringing this smartphone. The cameras on the rear feature an 8MP Primary Sensor and a 2MP secondary sensor accompanied with a LED Flash. The front camera of the device comes with a 5MP sensor.

The upcoming Nokia 1.4 supports 4G LTE with Dual Sim option, Bluetooth 4.2, and WiFi 2.4. But, this device doesn’t support Dual 4G which is a surprise because every other phone at this price point has it. Instead, the smartphone has support for 4G signal on the primary sim slot and the second slot supports 2G.

The device has an expandable storage option and can support up to 128GB with a MicroSD card as we get only 16GB internal storage which is kind-off disappointing at this time as we get better storage options even at lower price ranges from different manufacturers.

Not so disappointing to learn is that this budget offering is said to feature a fingerprint scanner which is a good update. This affordable smartphone from HMD Global with Nokia branding is priced under €100 and may get launched in the month of March as the predecessor was launched at the same time period of the last year.