The world has gone entirely into the lockdown mode due to the Coronavirus COVID-19 pandemic. Due to this outbreak, you might start feeling bored at home. We’ve already made a list of best games to play at home while quarantined. If you’re good with games, here are some of the best movies to watch at home while isolated.

This list compromises of a variety of movies from Amazon Prime and Netflix. If you have got any of those subscriptions, you are already having a great day, then. If you’re looking to spend your day watching movies with your loved ones, you’ve come to the right post.

The rating for IMDb and Rotten Tomatoes mentioned along with the Amazon/Netflix links for the mentioned movies. So without any further delay, let’s get started with this list of the best movies to watch at home.

Best Movies To Watch At Home 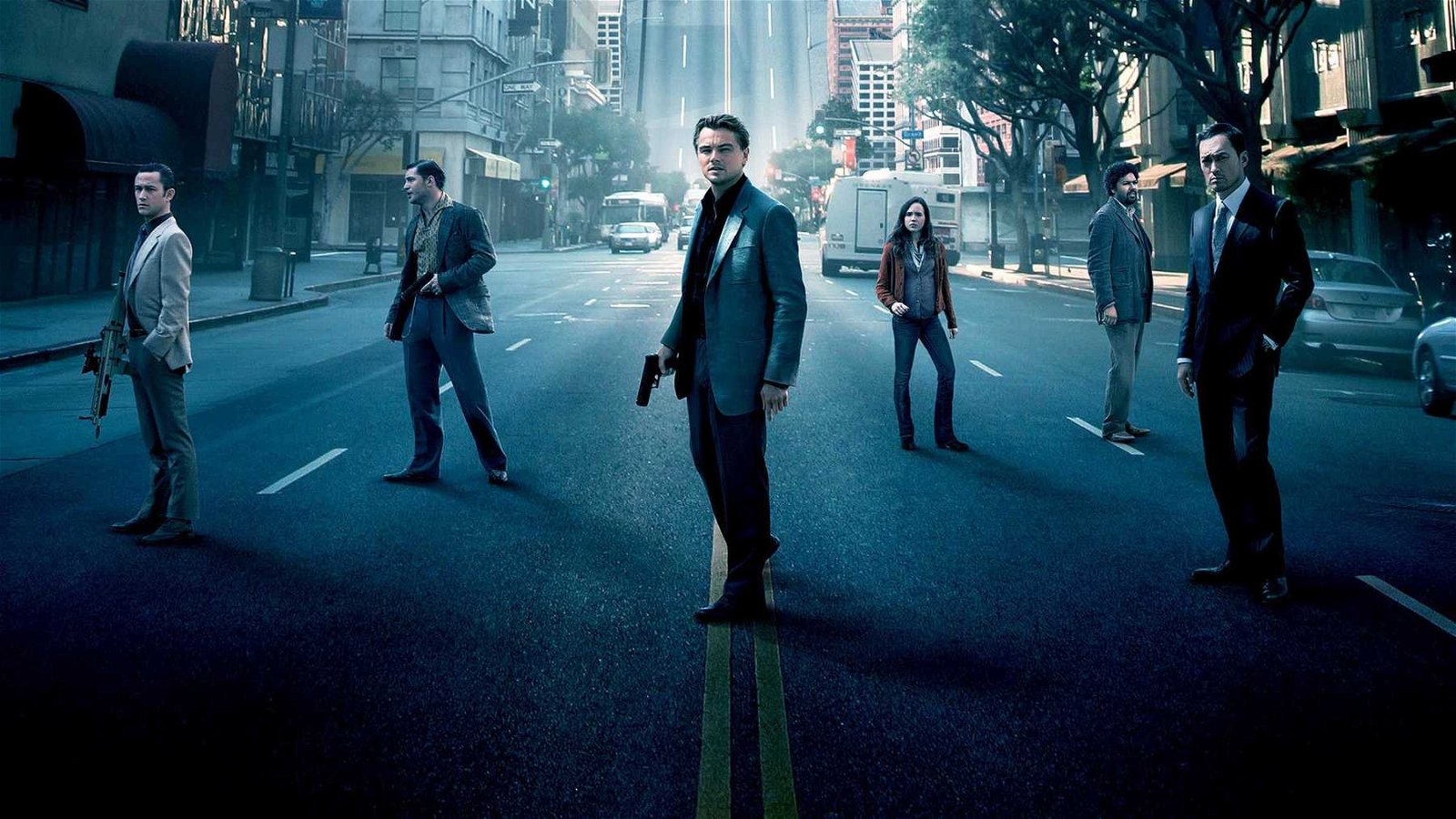 Inception is a great movie if you are a fan of science-fiction and thriller movies. Being a movie by Christopher Nolan, this movie bends your mind completely. You would be in a completely different reality. The film is all about dreams and reality, reality inside dreams, unrealistic dreams, and there’s more to them. Leonardo DiCaprio’s incredible acting skills brings life into the character. He enters dreams inside a dream, and I know it feels confusing, but you’ll love it if you understand it for sure. It is one of those best movies to watch at home while quarantined. 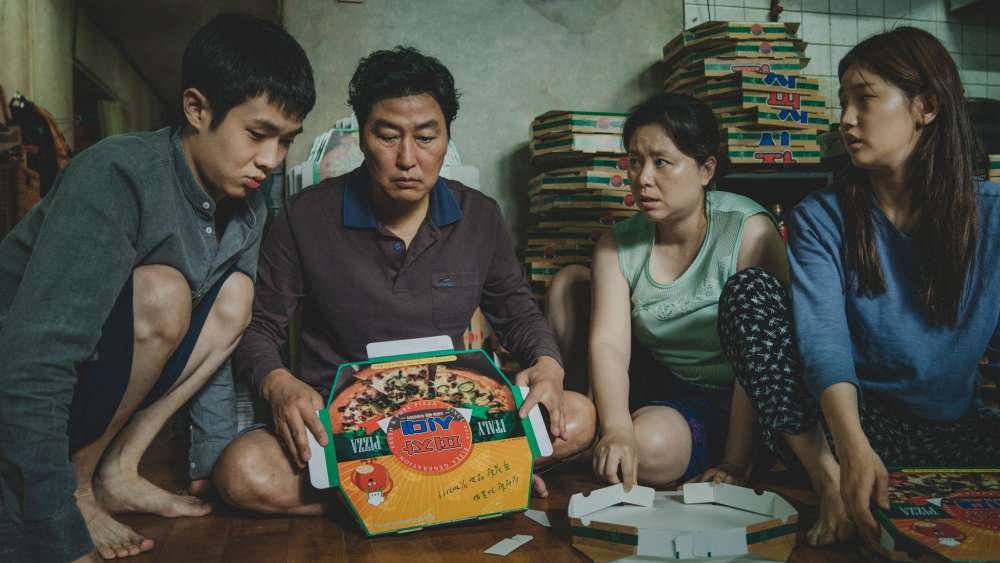 The Parasite is one of those many Academy Award-winning movies. Several critics praised the Korean film for its great screenplay and direction. Directed by Bong Joon-Ho, this movie is a masterpiece in its kind. It’s available on Amazon Prime Video now in English subbed, and Hindi dubbed versions for now. Rated 99% on Rotten Tomatoes, it’s very much recommended if you want to have a great start. It is one of the best movies to watch at home while quarantined.

3. Spider-Man: Into The Spider-Verse (Action/Comedy)

We’ve seen various versions of Spider-Man movies already from the original classic to the MCU’s one. But this reboot of the Spider-Man is a little different. It brings the best of different animation styles and the reality of an existing multi-verse. It is a fun movie to watch with kids, and it doesn’t need you to watch dozens of parts before this one. Just watch it, and you’ll enjoy it. The soundtrack and screenplay make it one of the best movies to watch at home.

4. The Wolf of Wall Street (Drama/Comedy) 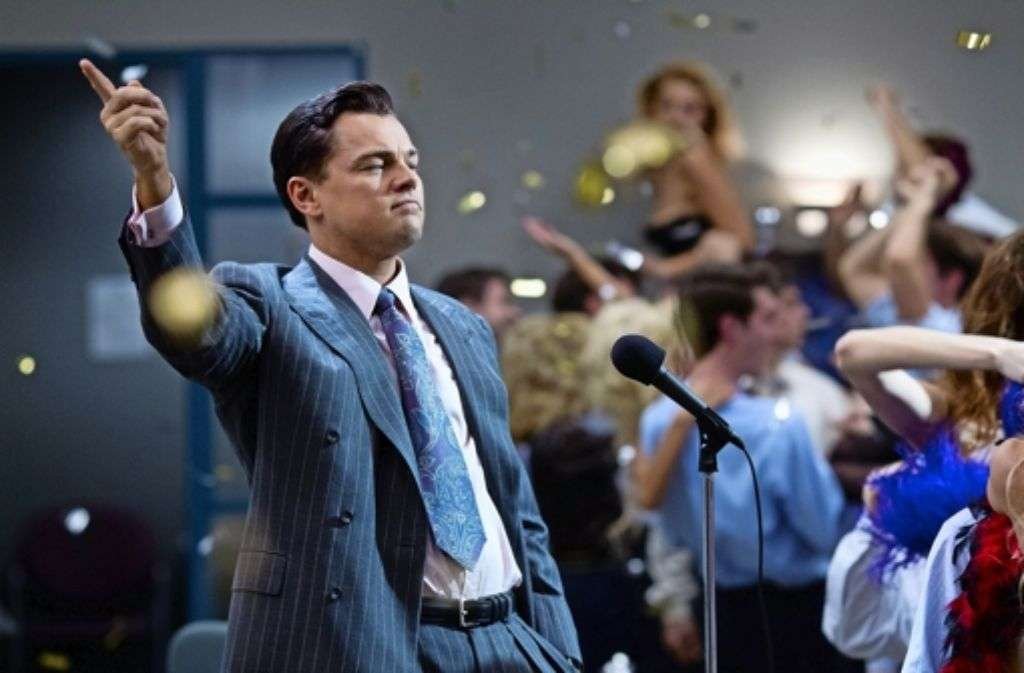 Another Leanardo DiCaprio film on this list, but The Wolf of Wall Street is on the best movies to watch at home. This movie involves a stockbroker who is committed to earning money through scamming people. He starts his firm, and you’ll be interested to know what happens in the end. Even though it’s not a movie to watch with kids, but it’s a fantastic movie to watch. 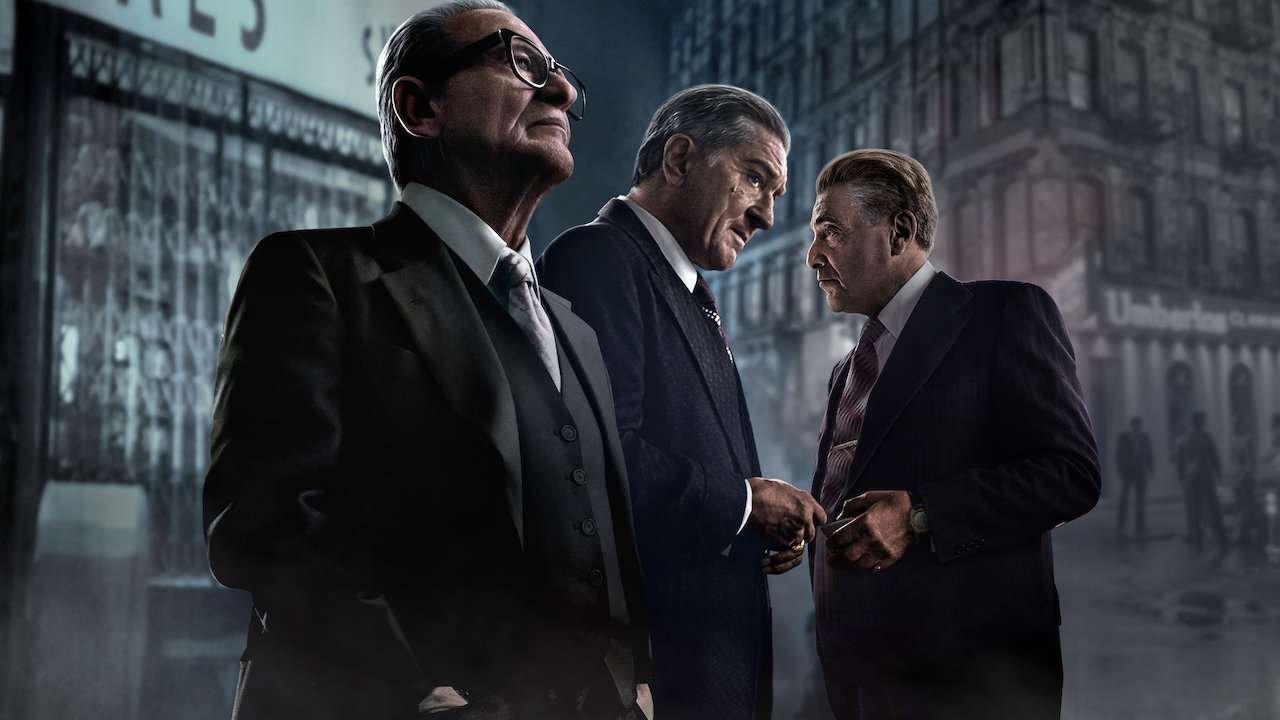 The Irishman is an epic crime story and revolves around a truck driver who gets involved with a crook. The film stars some iconic actors like Al Pacino, Robert De Niro, and Joe Pesci. Called a haunting masterpiece by critics, The Irishman is a masterpiece from Scorsese. The film might feel too long because of its runtime, but it’s not dull. The epic crime nostalgia with the 50s and 60s vibe brings this movie to our list of movies to watch at home. 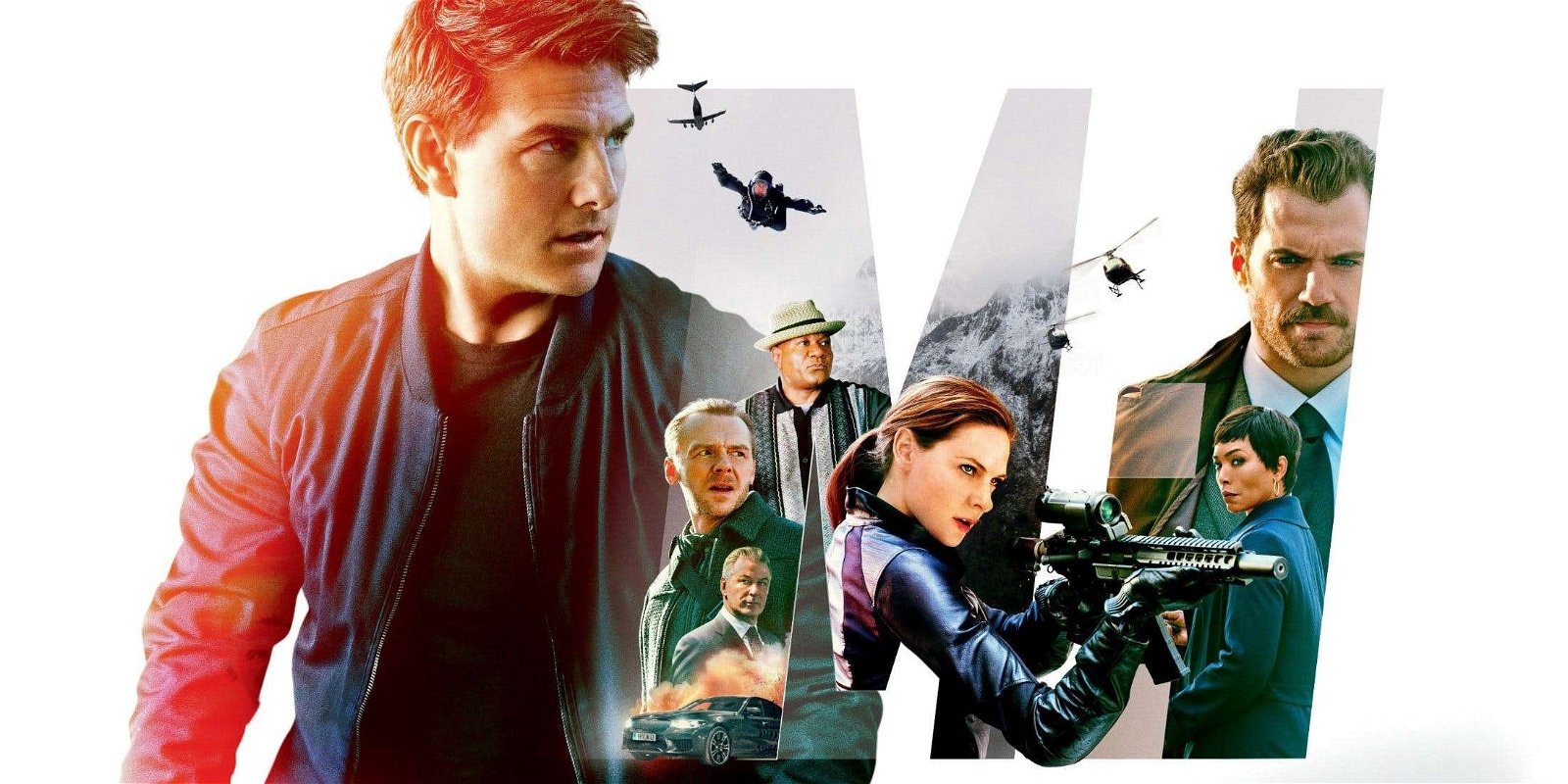 If you are fond of spy-action movies, you must have heard of the Mission Impossible franchise. If not, Mission Impossible stars Tom Cruise as Ethan Hunt, who is a spy. His job is to save the world with his team from nearly impossible missions. Fallout is an addition to the franchise where the movie continues after two years from Rogue Nation. Ethan Hunt, as always, performs terrific stunts in this one, and thus it comes to our list of the best movies to watch at home. 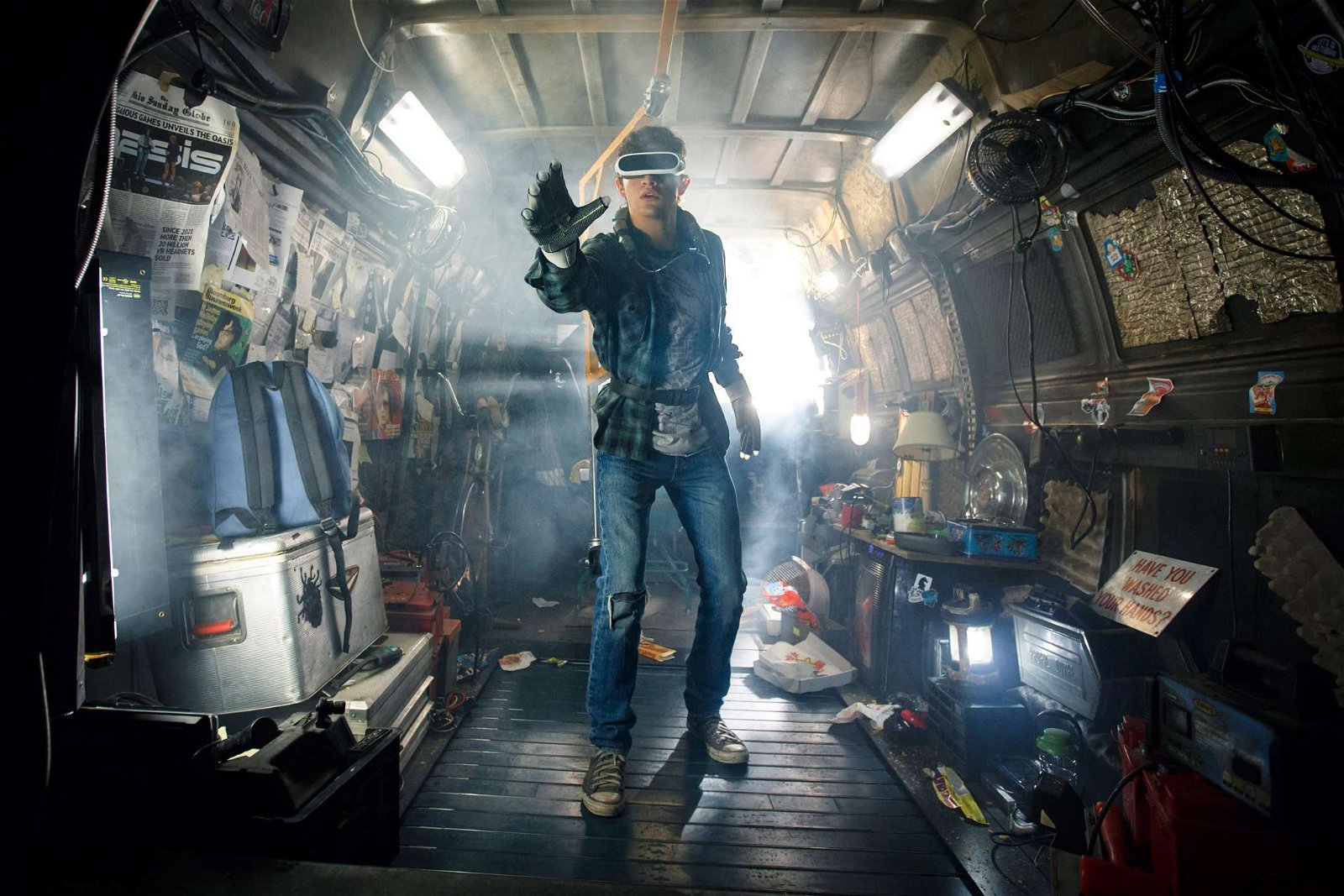 if you love Science-Fiction movies with a little twist of adventures and action, Ready Player One is one of the best movies to watch at home. This movie brings in some 80s vibe to it while being set in the future. The film is all about a Virtual Reality game called OASIS, where the players fight to gain ownership of the game after the creator dies. The visual graphics and the soundtracks take you to a different world, and you’ll have an immersive experience. Give it a try, and thank me later.

8. To All The Boys I’ve Loved Before (Romance/Comedy) 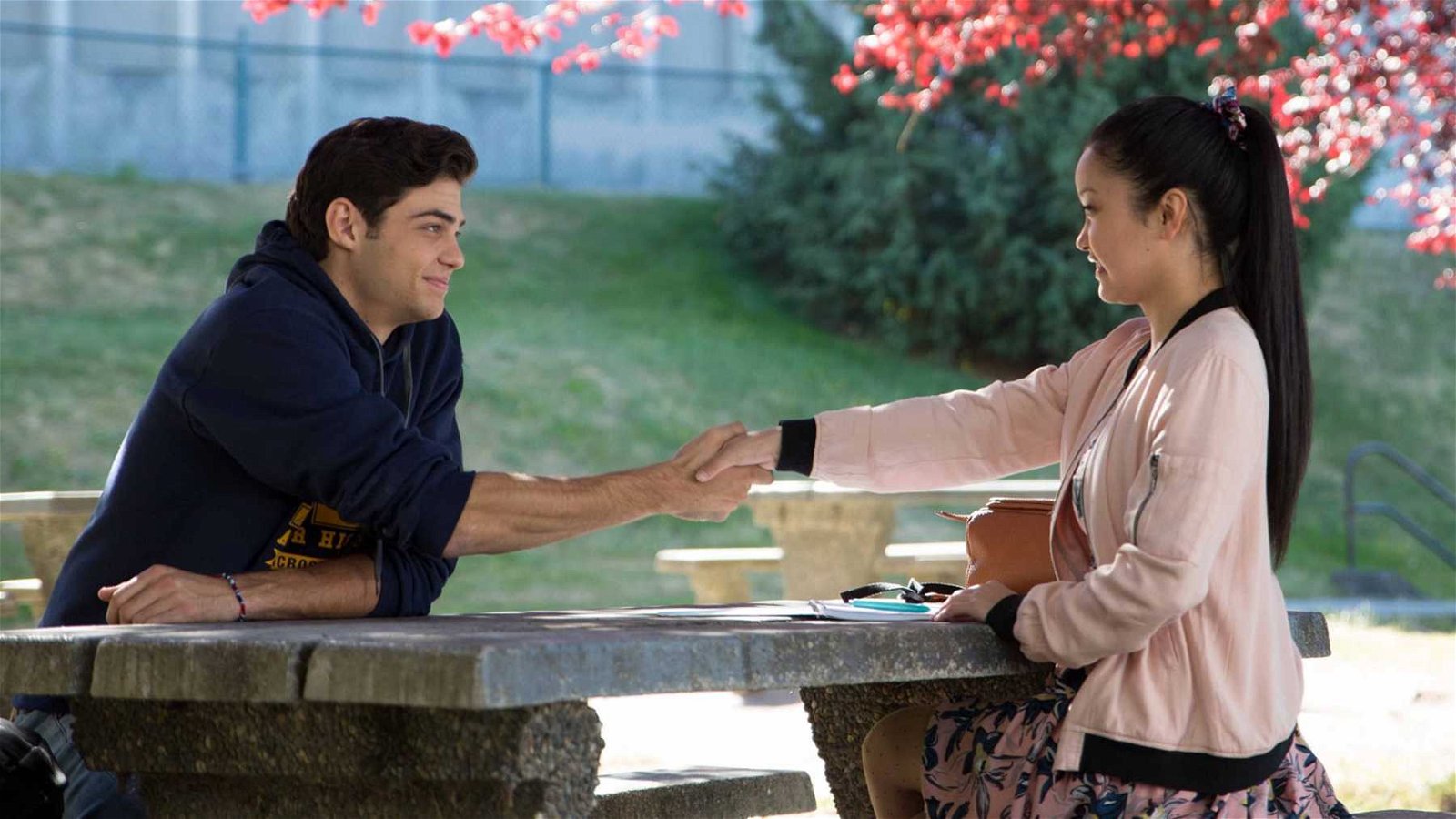 In hard times like these, some good romantic movies to calm our minds are a good thing. It is a Netflix Original, which combines both romance and comedy. Critics gave it the title of the best teen romance of this decade. If you haven’t watched it yet, you better do it. Thus we brought it to the best movies to watch at home. 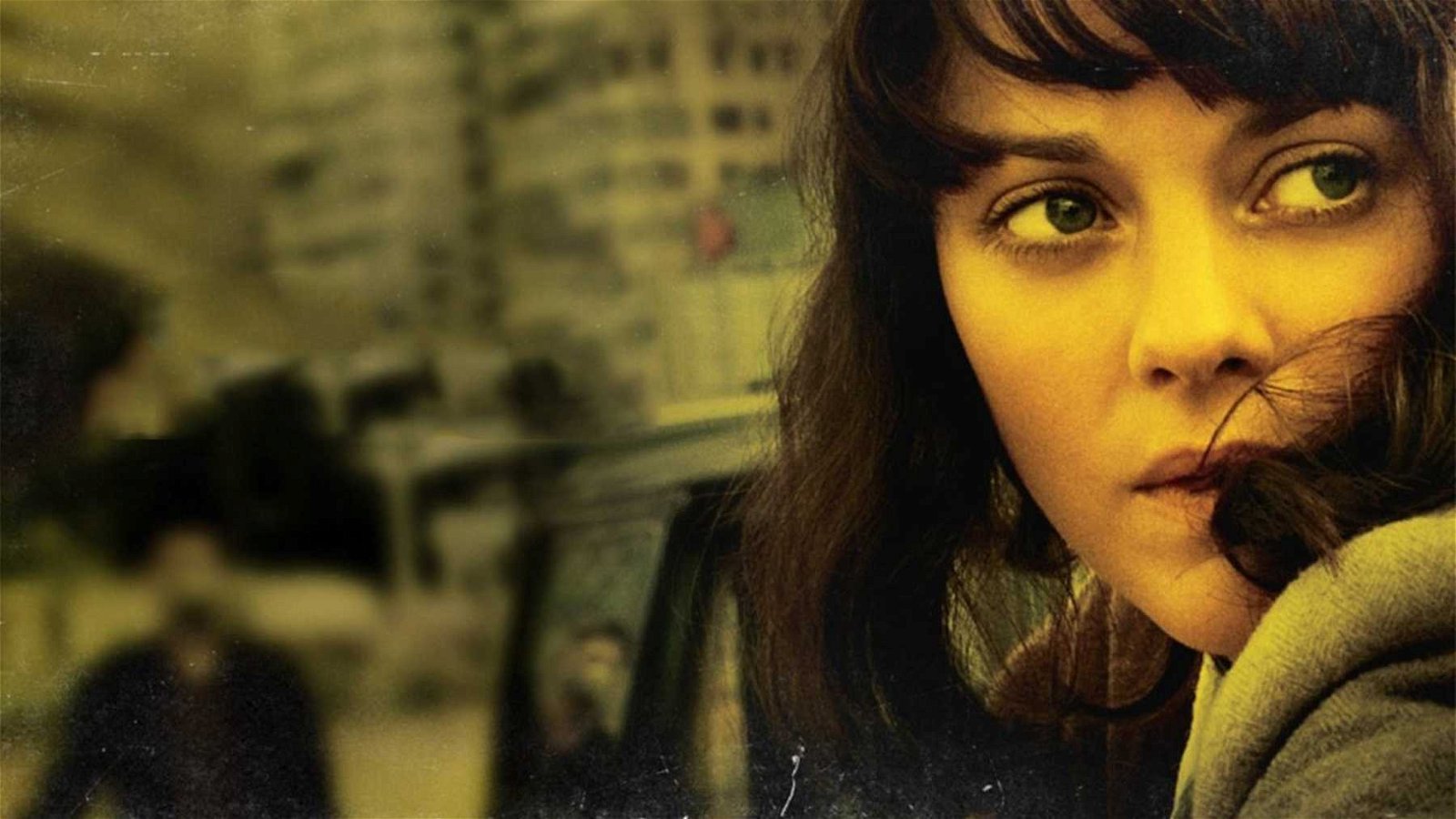 Given the situation going on because of the COVID-19 pandemic, Contagion is a relatable movie. Well received by the audience and critics too, this movie deserves to be on the list of best movies to watch at home. Contagion is a movie that has a plot where the medical team urges to find a cure for the epidemic going on. You’ll be more related to it. 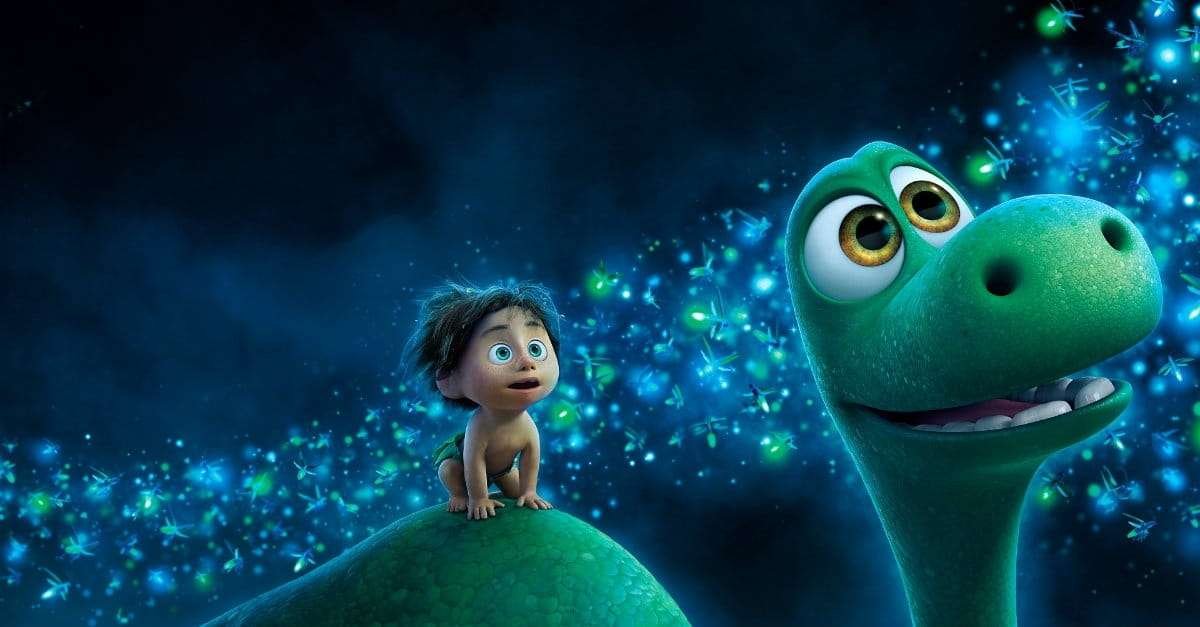 The Good Dinosaur is a movie that you can watch with kids. It sets in an era where humans live along with dinosaurs. The story is about a young dinosaur who struggles to find his way home with the help of a kid. On their way, the kid and the dinosaur experience some fantastic adventures. With some great plot twists and screenplay, this movie is one of the best movies to watch at home during the lockdown period. 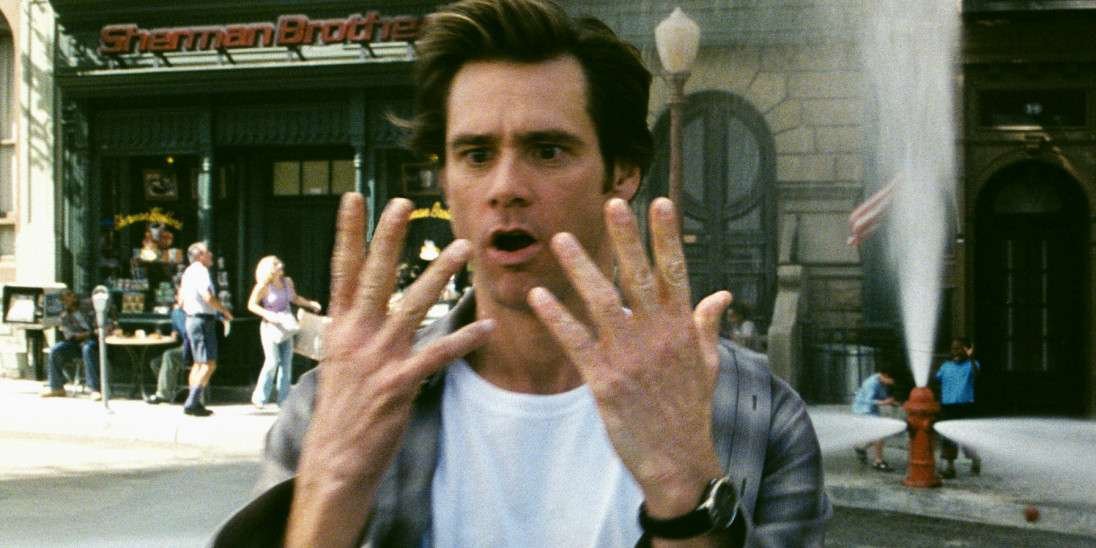 Bruce Almighty is a movie you can watch with your family, but it makes you feel grateful to be human with a comedic twist. The story revolves around Bruce Nolan, who loses his job and complains God for his deeds. When God grants him his powers, he feels the value of being a human, and there’s nothing called fate. During this, his journey involves many adventures, which are quite funny. If you want to have a fun time, then Bruce Almighty is one of the movies to watch at home. 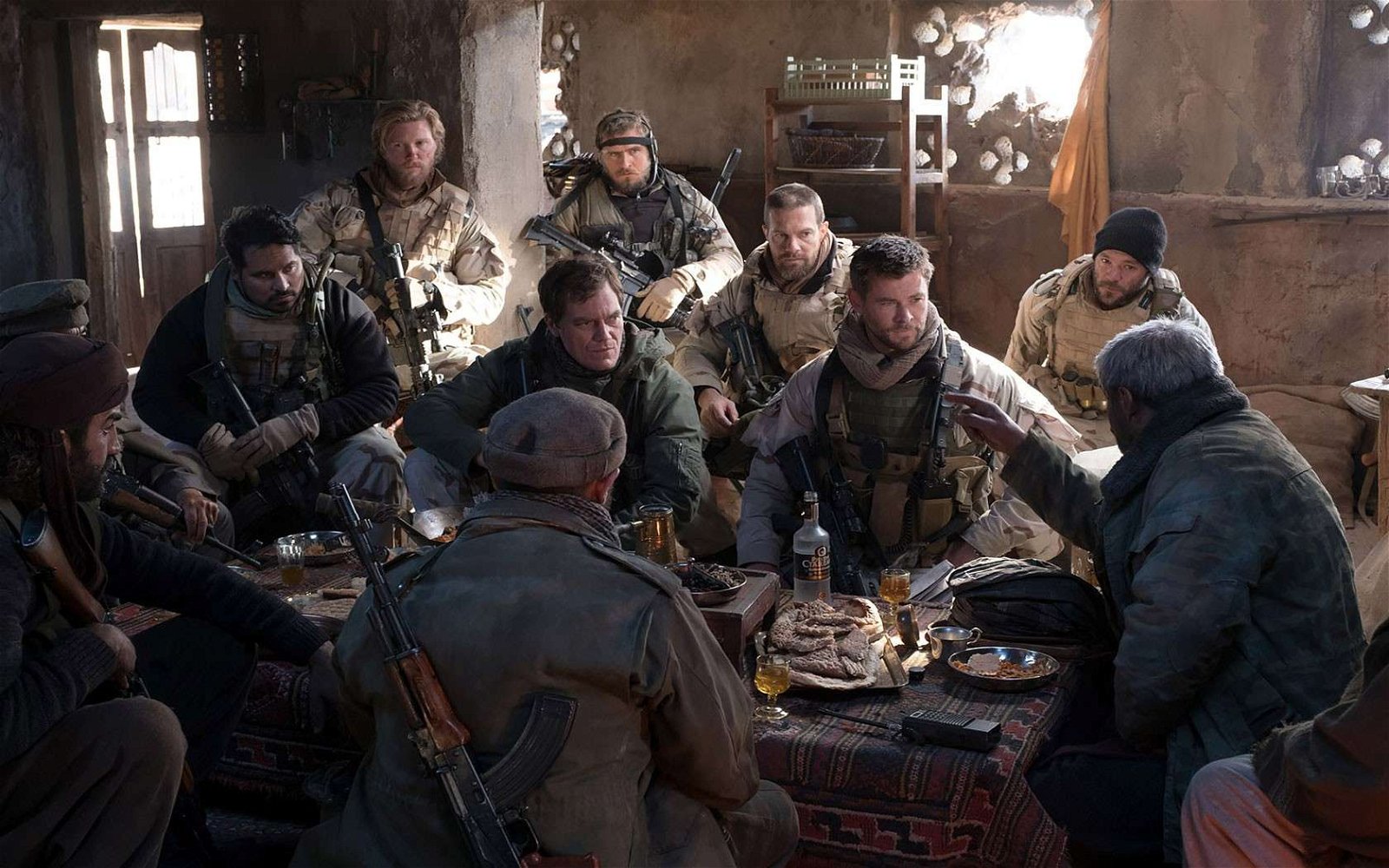 12 Strong is base on a true story. Starring Chris Hemsworth, the movie sets the plot for the first US army unit to take down the Taliban. This unit is known as Task Force Dagger consists of 12 soldiers, and thus the name, 12 Strong. If you love a lot of action scenes, you’ll love this movie as it is one of the best action movies to watch at home.

We hope you’re going to love these movies and will have a great time watching them while you are in quarantine. What do you think of the movies mentioned in this list? Let us know which movie are you going to watch in the comments. We also hope you’re safe at home during the COVID-19 pandemic and taking safety precautions too. 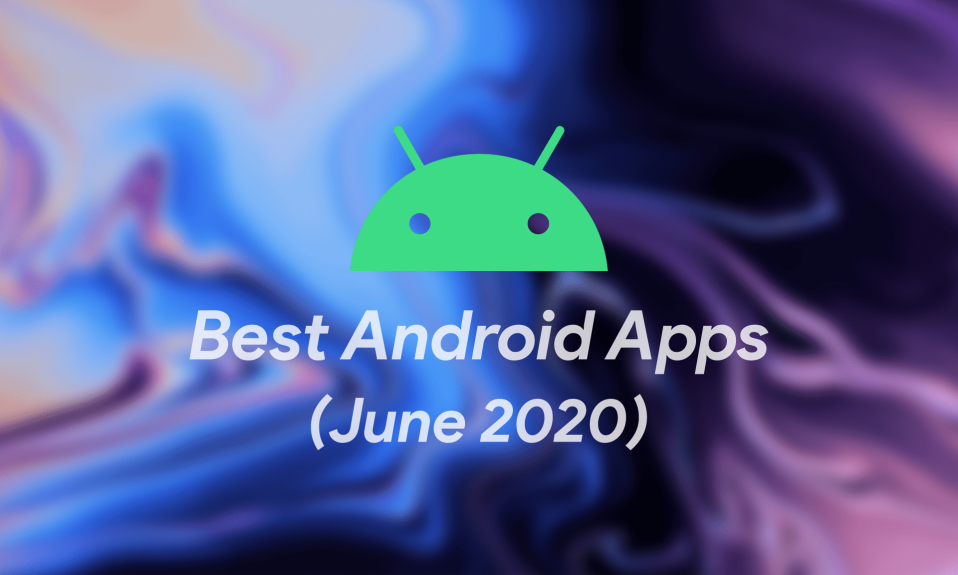 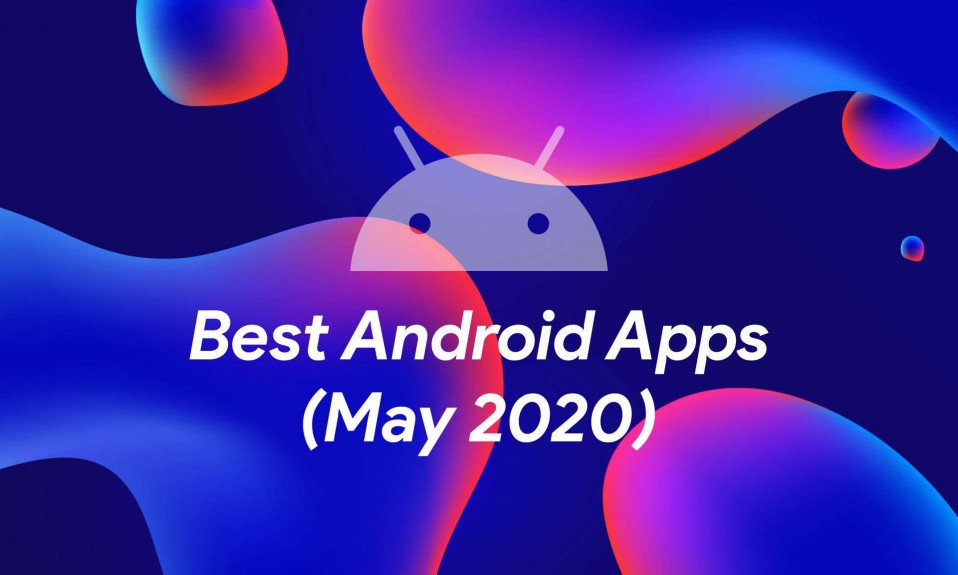