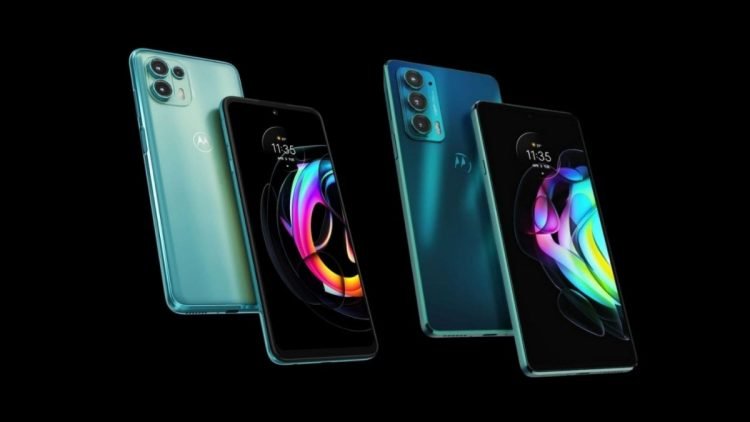 Motorola India refreshed its Edge lineup today with two new handsets — Edge 20 and Edge 20 Fusion. Sadly, both are mid-range/premium mid-range offerings, which means there will be no flagship from Motorola this time around, like the last year’s Moto Edge. Still, both phones come with excellent specifications; the same will be elaborated upon later in this news article.

The Motorola Edge 20 Fusion features a 6.7″ AMOLED Display with a 90Hz fast refresh rate. On top of all, the panel can showcase over a billion colours, or in short, it’s a 10-Bit display. In addition, it supports HDR10+ playback, and the selfie camera resides in a centrally placed punch-hole cutout.

Under the hood, the Moto Edge 20 Fusion accommodates the MediaTek Dimensity 800U 5G processor, with 6GB or 8GB RAM, coupled with 128GB storage. Unlike other phones, the Moto Edge 20 Fusion supports a whopping thirteen 5G bands in total apart from other connectivity features like 4G VoLTE, Bluetooth 5.0, Dual-SIM 5G and NFC. On the software front, the device runs on Stock Android 11.

The Moto Edge 20 Fusion packs in a 5000mAh battery, and thankfully, they ditched the 20W TurboPower charger for a 30W TurboPower charger. The phone comes with a nifty little feature called ‘Ready For’ that allows the user to connect their Edge 20 Fusion to a bigger screen, including Laptops, Desktops and TV’s, and perform various functions like Video Conferencing, Gaming, etc.

The handset comes with Motorola’s proprietary ThinkShield security for Mobile. In addition, there’s a side-mounted fingerprint scanner and an AI-based face unlocking system. Other characteristics include a 3.5mm headphone jack, a hybrid sim-tray, IP52 water resistance, and a single mono speaker unit.

The Moto Edge 20 features a 6.7″ AMOLED Display with two class-leading highlights. Those two include a jaw-dropping 144Hz fast refresh rate and up to 576Hz touch sampling rate in Game Time Mode. It, too, is a 10-Bit panel that can show over a billion colours, in addition to HDR10+ playback certification. The handset boasts an aluminium frame and a plastic back. Gorilla Glass 3 on the front protects the display.

The rear camera setup on the Edge 20 includes a 108MP primary camera, a 16MP ultra-wide sensor and an 8MP 3X Telephoto lens. The 16MP selfie camera doubles up as a macro camera, and the 8MP telephoto lens supports OIS whilst having the ability to zoom in 30 times digitally. On the front end, the Edge 20 sports a 32MP selfie snapper.

It has a 4000mAh battery onboard coupled with 30W TurboPower charging — the same as the Moto Edge 20 Fusion. And indeed, the Edge 20 also comes with the same ‘Ready For’ feature that allows the user to connect their Edge 20 to a bigger screen, including Laptops, Desktops and TV’s, and perform various functions like Video Conferencing, Gaming, etc.

As said earlier, the Edge 20 has an aluminium frame, and above all, at 6.99mm thickness, Motorola claims it to be the slimmest 5G phone in India. Yes, even the Edge 20 comes with Motorola’s proprietary ThinkShield security for Mobile. In addition, there’s a side-mounted fingerprint scanner and an AI-based face unlocking system. Other attributes include IP52 water resistance, dual-nano sim-tray, a single mono speaker unit tuned by Waves Maxx Audio Mobile, three microphones and no headphone jack.

In contrast, the Motorola Edge 20 will be available in a single configuration of 8GB+128GB, costing ₹29,999. Buyers can choose from two colour options, namely — Frosted Emerald and Frosted Pearl.

Both smartphones will be available to purchase from Flipkart and leading retail stores. The Edge 20 goes on sale from 24th August 2021, at noon. In contrast, the Edge 20 Fusion will be purchasable from 27th August 2021.