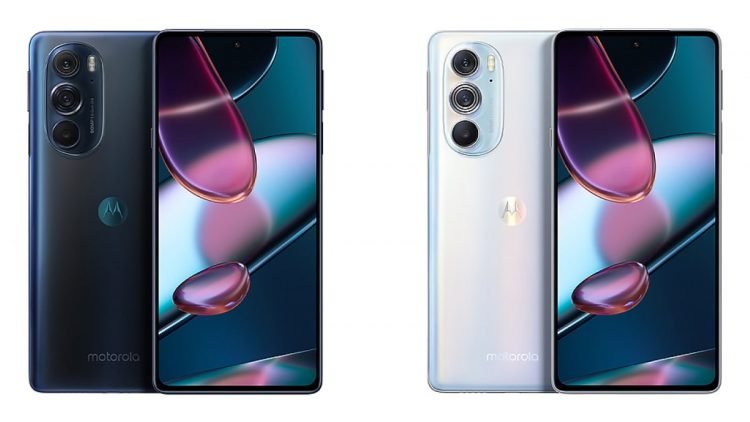 The smartphone features two variants, with the X30 Special Edition sporting a trendy under-display selfie camera with a punch-hole cutout. Let’s have a detailed look at the Motorola Edge X30’s specifications, pricing, and availability.

The Motorola Edge X30 sports a 6.7-inch FullHD+ POLED display with a 2400 × 1080 pixel resolution and a 700nits peak brightness. The smartphone also features a 10-bit display panel that refreshes up to 144 times and seconds and supports a 576Hz touch sampling rate with an HDR10+ certification making it better for gaming and content playback.

The Motorola Edge X30 is powered by the all-new octa-core Qualcomm Snapdragon 8 Gen 1 mobile processor built on Samsung’s 4nm fabrication process. It is based on ARM v9 architecture paired with up to 12GB of LPDDR5 RAM and up to 256GB UFS 3.1 storage. The Motorola Edge X30 runs Android 12 with MyUI 3.0 on top.

In terms of graphics, the Motorola edge X30 features an integrated Adreno 730 GPU and an X65 5G modem with a Cortex X2 based Kryo Prime core clocked at 3.0GHz, 3x A710 based Kryo performance cores clocked at 2.50GHz, and 4x A510 based Kryo efficiency cores clocked at 1.80GHz for enhanced graphics. The device also features a side-mounted fingerprint scanner for security and biometric authentication.

In terms of optics, the Motorola Edge X30 features a triple camera setup at the rear comprising a primary 50MP sensor accompanied by a 50MP ISOCELL S5KGM1 ultrawide shooter and a 2MP depth lens. In addition, the smartphone’s camera also features Optical Image Stabilization and an LED flash. At the front, the device features a 60MP selfie shooter for snapping selfies and video chatting.

How To Remove YouTube Ads on Android [No Root]