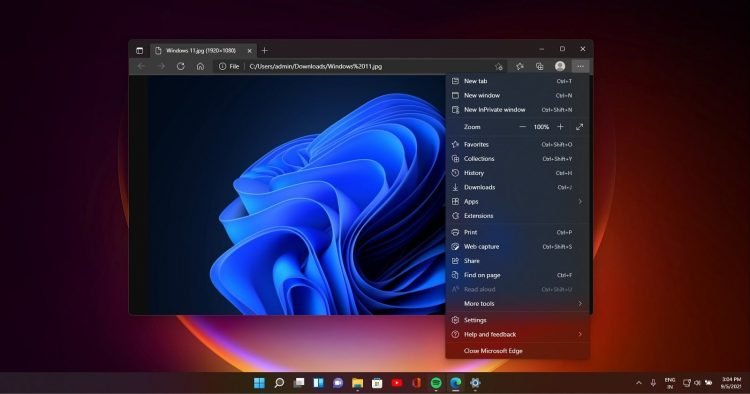 The Microsoft Edge 93 stable version is launched and will bring several new features and improvements to enhance user’s experience on Microsoft’s browser. Microsoft Edge 93 has been released with support for two experimental features.

The two experimental features include revamped menu design and modern scrollbars to align the browser’s interface with the Windows 11 operating system’s revamped design language and features improvements to enhance the user’s experience on Microsoft’s browser.

Microsoft has made a lot of changes and also added a lot of improvements to its Edge browser. Microsoft Edge is getting support for tab groups with version 93 of the browser and many more. Let’s have a detailed look at the Microsoft Edge 93’s new features and improvements.

Microsoft has added support for Tab Groups that allows users to add related tabs in a tab group, and users can access all of them at a time. This feature makes it possible for users to categorize tabs into user-defined groups.

Users will be able to switch between multiple tabs and can easily manage their work. Microsoft Edge 93 also involves Picture-in-Picture mode. Users will see a toolbar that allows them to view the same video in a picture-in-picture window whenever they move their cursor over the supported video.

Currently, this feature is only available to Microsoft Edge users on macOS. Microsoft Edge 93 also includes support for pick up where you left off mode for the PDF documents.

By checking, users will be able to find the option to hide the title bar. Microsoft Edge now also supports a limited number of Master Preferences which is now known as Initial Preferences.

Admins will have access to deploy these settings to their users as default settings. The browser now also enables Fluent Design’s acrylic effect. There are also some minor changes to the font, which mainly focuses on maximize, minimize and close options.

JioPhone Next 4G to Launch This Week in India: Here's What You Need to Know About the Affordable 4G Phone