Xiaomi India officially announces mi Notebook series, the most awaited laptop series. The Mi fans and tech enthusiasts from over the country were curious and waiting for the launch of the Notebook series from Xiaomi in India. The company announced the Notebooks in two variants and those divided into different versions.

The keynote event of Mi for the launch of the Notebook series involved a lot of its features and detailed talk on the components and internals used on these new laptops. These new laptops come equipped with Intel’s 10th Generation processors.

Mi Notebook 14 Horizon Edition is the premium model of the laptops launched by Xiaomi India. The model numbers for the specific notebooks are 1904-AR and 1904-AF. The 1904-AR is a device that is powered by the 10th Generation Intel Core i5 processor. The 1904-AF is the higher version, which comes equipped with the 10th Gen Intel Core i7 processor. 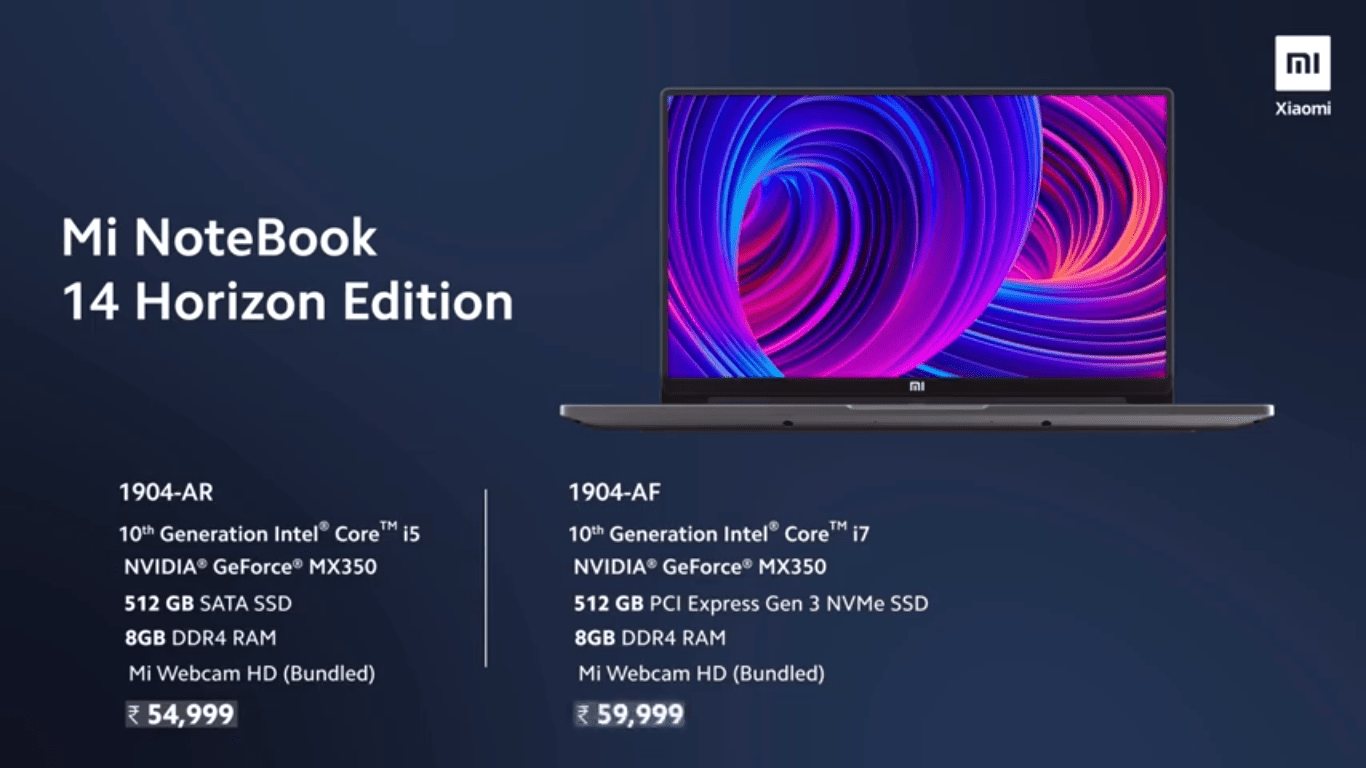 The Horizon Edition is an expensive deal compared to other models and comes with an 8GB of DDR4 RAM coupled with 512GB of NVMe SSD for faster read and write speeds. The laptop has lighter weight compared to other models, which are 1.35KG. A dedicated GPU gets used in the Horizon Notebook, which is the Nvidia MX350 Series and is the first laptop to come equipped with it in the world.

The regular version of the Notebook is a lesser priced variant, because of the users in India that ask sturdy and long-lasting devices at a reasonable price. The official laptop department at Xiaomi India said that these laptops especially made to satisfy the content creators, casual gamers, and primary office work users. According to Xiaomi, this would be the best deal for the quoted price and components. 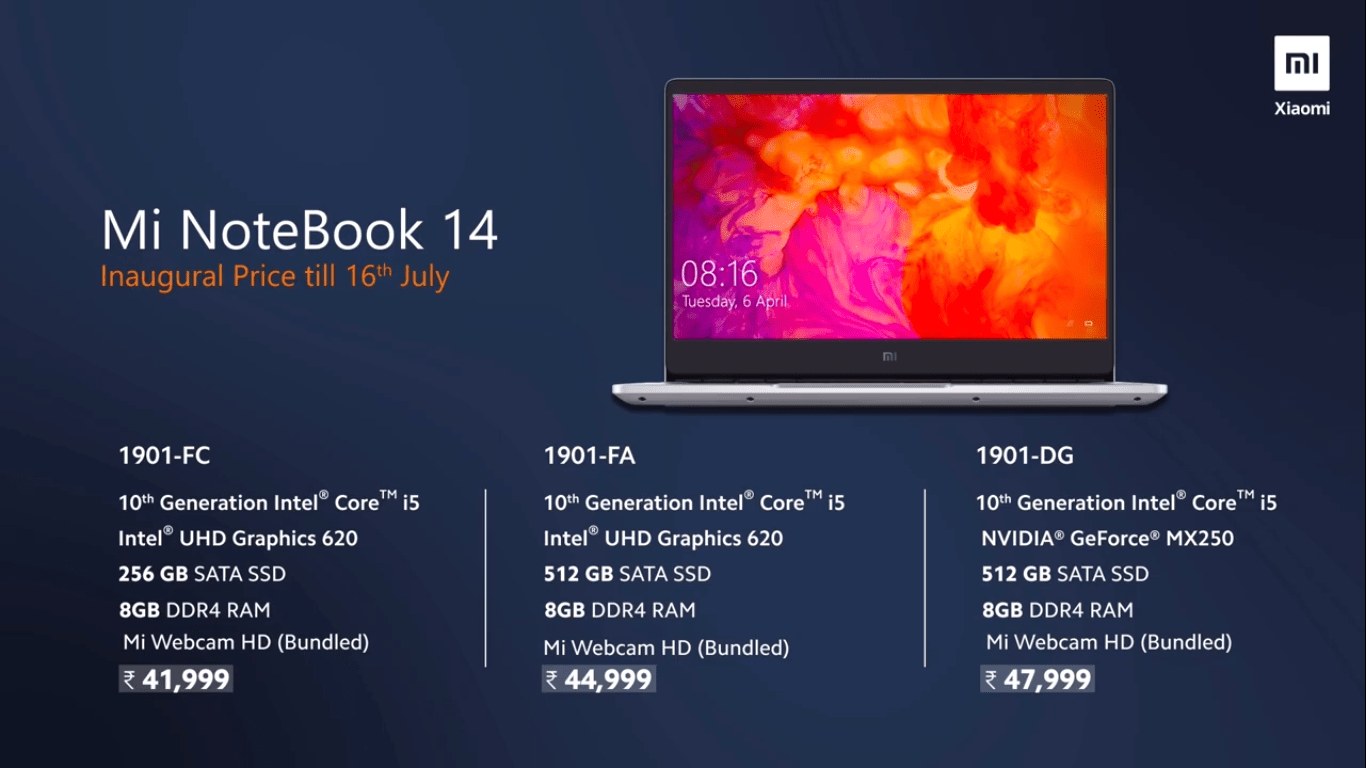 The Mi Notebook 14 series features a 14-inches FHD Horizon display that has an anti-glare coating on it. The screen has a 91% screen-to-body ratio with minimal 3mm thin bezels on either side of the panel for an immersive experience. The viewing angle of the display set to 177 degrees which would help in lossless wide-viewing experience from any angles that the viewer is watching the screen.

The manufacturer has addressed that the design used on the Mi Notebook series is an Aluminum grade metal. The keyboard used in the laptops is a Scissors-Switch Mechanism type, which is said to used to help in typing. The trackpad used is a Multi-touch version which is bigger and spacious for a seamless experience. Even after accommodating a large trackpad, the sides have an ample spacing for palms to rest while typing.

The Mi Notebooks is said to feature a battery that would last 10 hours. Mi is providing a 65W fast charger that can charge the battery to 50% in just 35 minutes. The laptop features all the needed ports a user would prefer, which are a USB Type-C, 2 USB 3.1’s, an HDMI, a USB 2.0, a 3.5mm Headphone Jack, and a charging port. The device also features heat outlet indents on the side for the cooling process.

The Mi Notebook 14 starts at Rs. 41,999 and goes up to a price of Rs, 47,999 for the highest buffed version. The Horizon Edition is the premium version of the series priced at Rs. 54,999 and a higher version at Rs. 59,999. The Notebooks are to go on sale with their inaugural prices from 17th June on platforms like Mi’s Official website, Amazon, and in offline at Mi Home and Mi Studio. The users can avail an Rs. 2000 off by using HDFC credit card. 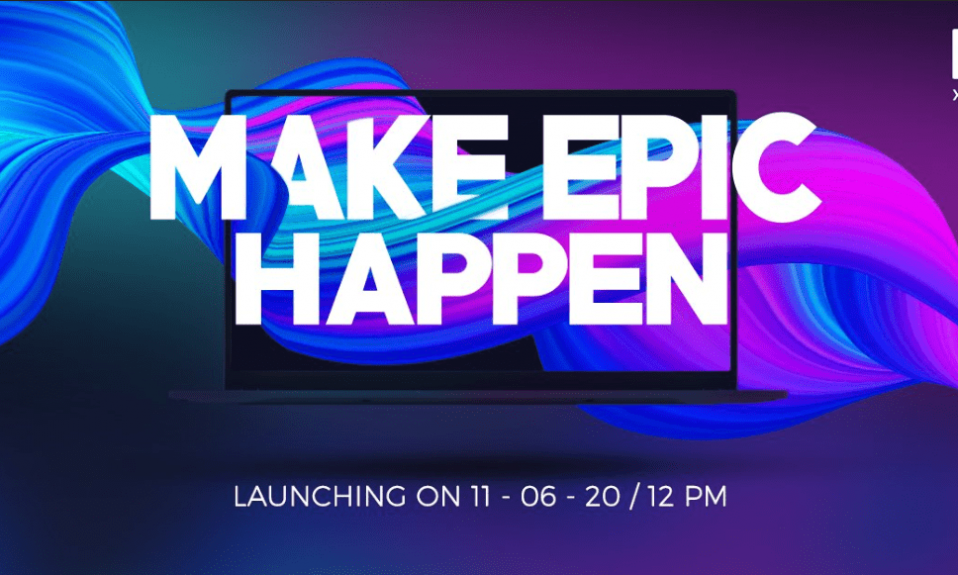