LG Stylo 6 renders surfaced, which have been posted by renowned leaker Evan Blass. Recently, LG has been in the news for it’s newly launched LG Velvet smartphone series. The Velvet smartphone has grabbed everyone’s attention for its eccentric design language. It is also in talks that the LG Stylo 6, the successor of Stylo 5, will reveal soon as these renders suggest.

LG’s Stylo 5 was unveiled in June last year, the successor is also flaunted in the same budget segment but with some tweaks in design language and overall specifications. Speculations are roaming around the web that Stylo 6 is all set to be revealed by the manufacturer. The renders posted by Evan Blass display the successor, showing its looks. 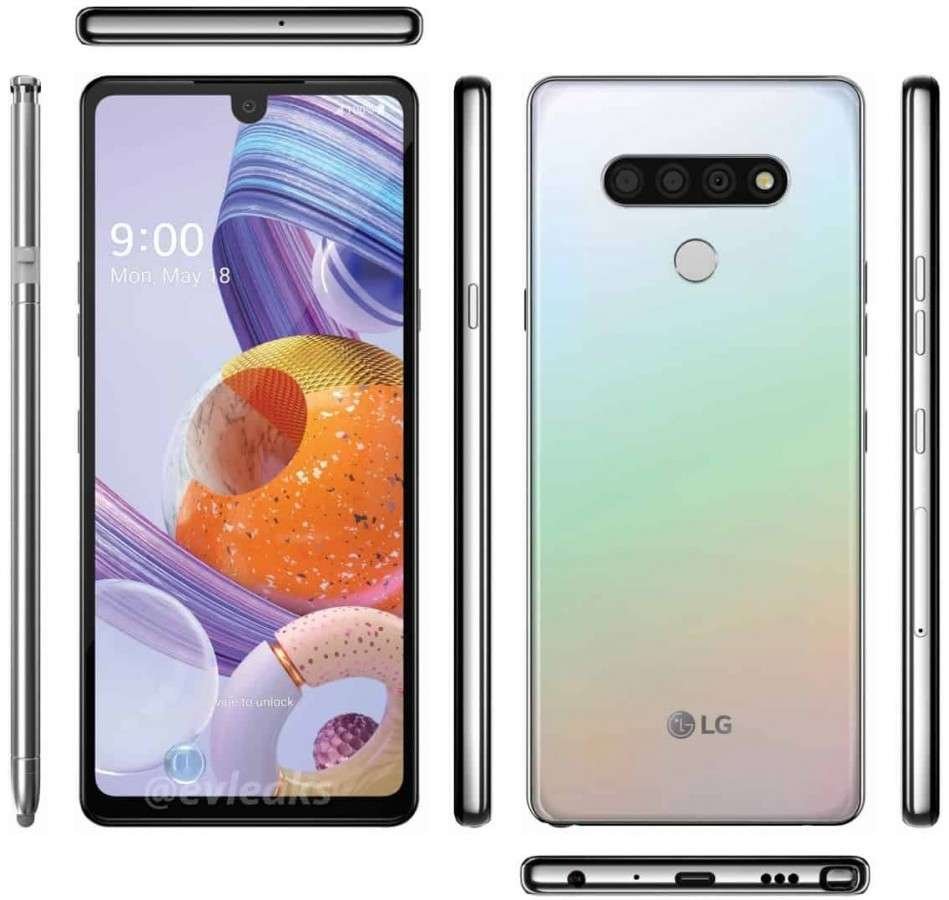 The LG Stylo 6, if juxtaposed, will have many features that got updated from its previous version. The display on the successor is a punch-hole screen compared to the thick bezels on the Stylo 5. The rear fingerprint sensor is still on the same spot, but the cameras have updated from a single camera to triple sensors on the upcoming smartphone.

This upcoming smartphone also features the usual set of buttons on the right, which are power and volume rockers on the left. Even the sim card tray placement is on the left, and below it, there is a dedicated button that can most likely get used in activating Google Assistant. The secondary noise-cancellation microphone, which we can see on the top part of the device.

The LG Stylo 6 renders also reveals the USB Type-C port, 3.5mm Headphone Jack, and the primary microphone on the bottom. The speaker and the stylus are also placed right around the corner at the bottom. There’s no official announcement date from LG, but if we look keenly in the renders-the display shows May 18. If we take it as a consideration or hint, we can expect the smartphone on that date.