Jio has rolled out their latest offers to the public after teasing it on the internet and their app. The company has announced two different plans or vouchers that would pack in a one-year subscription of Disney+ Hotstar VIP for all the prepaid users.

The rivalry telecom brand like Airtel has already introduced a similar plan that also giveaway the user with a one-year subscription of the Disney+ Hotstar VIP subscription. Now, after less than two months, The telecom operator has launched the same offer but also introduced two other suggestions for the customers.

The plan details of the Jio starts at Rs. 401 and goes up to Rs. Rs. 2,599. The Disney+ Hotstar VIP subscription begins at Rs. 499, which is quite similar to the price the user will be paying to the telecom operator, except the user now can enjoy a subscription with data and calls as well in the same plan.

The users should be aware of the information that the subscription of Disney+ Hotstar with the plan recharge is a VIP version and not a Premium version. The VIP version of the subscription comes with only the dubbed versions of Marvel, Star Wars, Pixar, and Disney movies. It also includes Hotstar Specials, kids content, and live sports. 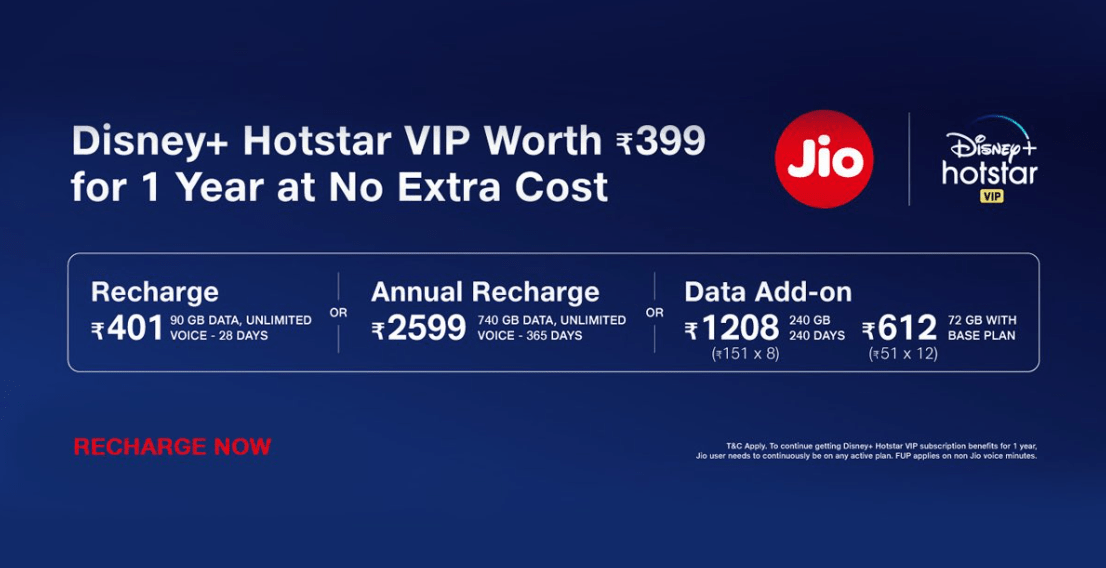 The details of the telecom operator plans are Rs. 401 program features 3GB of high-speed data per day, 6GB of additional high-speed data, Jio-to-Jio unlimited calls, to unlimited landline calls, 1000 minutes to-other mobile, and 100 SMS per day. The validity of the plan is 28 days.

The plan for the Rs. 2,588 recharge plan from Jio comes with 2GB high-speed data per day, 10GB of additional high-speed data, Jio-to-Jio unlimited calls, to unlimited landline calls, 1000 minutes to-other mobile, and 100 SMS per day. The validity of this plan is 365 days.

The data vouchers from the telecom operator feature new data plans for the users. These plans can get used as extra data for the users that exhausted their daily quota. The two data vouchers are Rs. 612 and Rs. 1208 from the company that comes with 72GB of total high-speed data and 6000 minutes for Jio-to-other mobile calling.

The higher-priced voucher features with 240GB of total high-speed data, and it is valid for 240 days. These are the overall plans that got introduced from the company that includes the subscription. The plans also feature Jio’s app subscription that comes with Music, Movies and Live TV, and many more for the users. 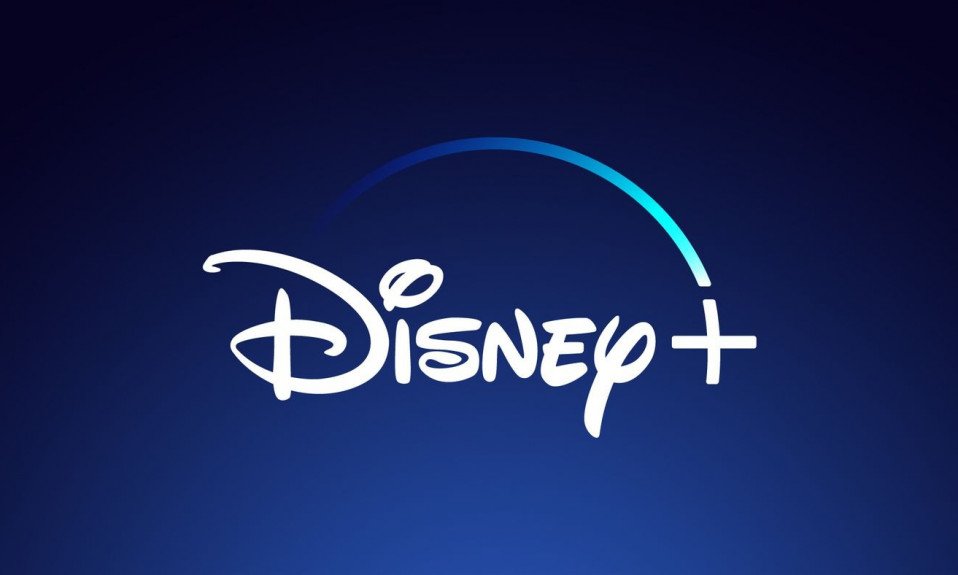 Disney Plus is Here and a Lot of Titles Come Along With it! 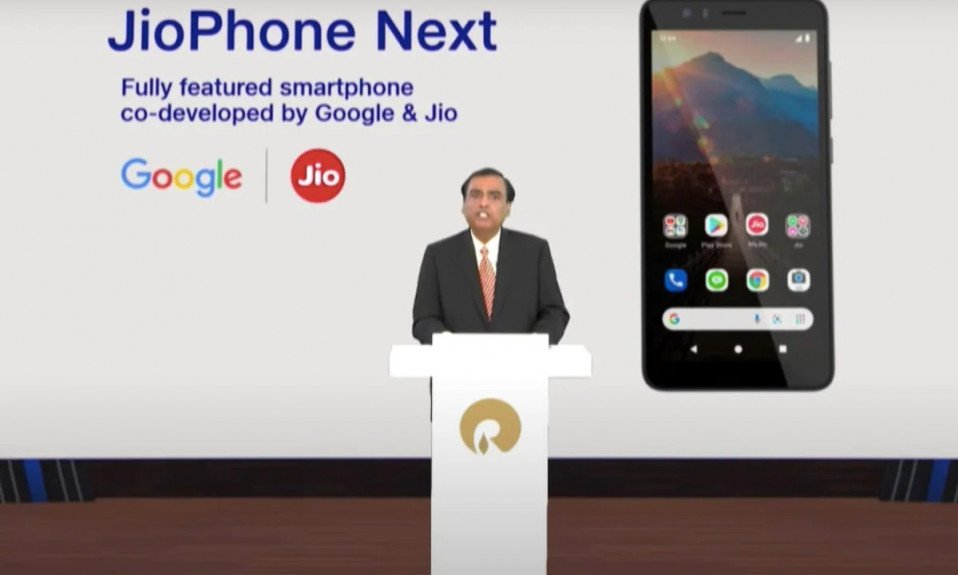 JioPhone Next 4G to Launch This Week in India: Here’s What You Need to Know About the Affordable 4G Phone