iPhone 13: Here’s Everything You Need to Know Before the Big Reveal! 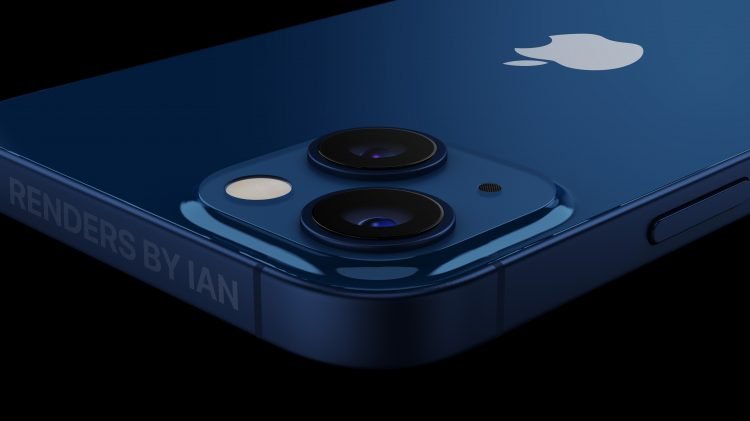 Finally, the time has come, and the Apple Event is just weeks away from reality. Just like every time, the next-generation iPhone’s have started showing up on the internet, even before their official reveal. This article will disclose everything we know so far about the iPhone 13 series, so stay tuned till the end.

First and foremost, the new iPhone will be called the iPhone 13 and not the iPhone 12S, as leaked by a Weibo post shared on Twitter via DuanRui. iPhones always inherit a legacy, especially in terms of their design. So, call them sharp or weird, but the flat edges are hope-worthy to make an appearance again on the iPhone 13. And indeed, new color options are expected to show up this time. We don’t know what fancy names will Apple come up with, but the iPhone 13 Pro series will sport a new burgundy/rose gold color, whereas the standard iPhone 13’s will wear a unique orange color.

With that, the whole lineup will also sport MagSafe, and thus the iPhone 13 series is expected to arrive with numerous MagSafe accessories to go along. Believe it or not, the signature Apple Notch will finally shrink in size, at least as per the leaks. On top of all, the glossy glass back on the non-Pro lineup and the matte finish on the Pro lineup will remain intact, including the aluminum chassis on the standard iPhone 13’s and stainless steel frame on the Pro variants.

Before jumping on to the specifications, the sizes of the displays on the iPhone 13 series will likely remain similar to last year’s iPhone 12 series. The whole lineup will use the same OLED technology as last year. On the bright side, this year’s Pro lineup will finally switch to Pro Motion Displays, or in simple terms, the iPhone 13 Pro and the iPhone 13 Pro Max will feature 120Hz screens. Standard features aside, the phones are also likely to come with Always-On-Display support.

iPhones generally remain a year ahead of Android phones in terms of performance, and like every year, the gap will get broader. The 5nm Apple A15 Bionic chipset will make its first appearance in the iPhone 13 series. And as per Apple Hub, for the very first time, the iPhone 13 Pro and iPhone 13 Pro Max will be available in 1TB variants. The iPhone 13 series will come out of the box with the stable version of iOS 15; nothing surprising.

Battery capacities inside the iPhone 13 Mini and iPhone 13 will remain more or less the same, but that’s not the case with the Pro lineup. Since the battery has to handle 120Hz displays, the capacity ought to see an increment. The iPhone 13 series might support 25W fast charging via the lightning port, as per our month-old post. In addition, the iPhone 13 series will support wireless and reverse wireless charging, as speculated by MacRumors.

The camera specs won’t see much of an upgrade except the new layout on the iPhone 13 and 13 Mini. Apple will supposedly use the same 12MP wide and ultra-wide sensors, in addition to a tertiary 12MP telephoto lens in the Pro lineup. According to leaks, every iPhone in the iPhone 13 series will sport a LiDAR scanner this year. Apple is also expected to bring sensor-shift stabilization both on the iPhone 13 Pro and Pro Max, unlike last year where it was exclusive to the iPhone 12 Pro Max.

Standard camera modes like portrait mode, slo-mo, pro mode, HDR, etc., aren’t going anywhere this time around. Instead, new modes like Portrait Video mode, ProRes for videos, Advanced AI filters, etc., are hoped to be introduced as part of new camera features. The same 12MP selfie camera remains precisely the same according to leaks. As speculated by FrontPageTech, the Face-ID sensors will now be able to scan your face behind face masks, foggy spectacles, or both.

In contrast, features like IP68 rating, Face-ID, Dolby Atmos stereo-speakers, latest generation Wi-Fi and Bluetooth, mm-wave 5G connectivity in more countries, etc., are things that are sure to be present in the iPhone 13 series. As per Apple Hub on Twitter, In-Display Touch-ID will probably have to wait another year to see the light of the day.

As shared on Twitter by Apple Hub, DIGITIMES has to say that TSMC — Apple’s chip supplier is increasing chip production costs by up to 20%, which means that iPhone 13 series will be an expensive offering from Apple, even more than the last one. And as per Tom’s Guide, Foxconn — the responsible agency behind manufacturing iPhones, is quickly trying to hire around 200,000 more workers in its Zhengzhou factory to gear up the production to meet the demands.