Google Pixel 5, the unannounced upcoming smartphone from the manufacturer got spotted on renders that showcased design aspects of the smartphone. The manufacturer has launched its mid-range contender Pixel 4a which was priced impressively for the offered features and camera on the device.

The launch event from Google had also teased their upcoming Pixel 5 and Pixel 4a 5G models. The devices are likely to get launched very soon which may take place on September 30 as per some of the rumors from the sources. The other sources have revealed the upcoming Google smartphone’s internal specifications.

The device is expected to get powered by the Snapdragon 765G SoC coupled with 8GB of RAM and 128GB of internal storage. These details were leaked way back on GeekBench testing sites that have revealed the internals of the smartphone. The newer render details have showcased the design and display of the smartphone. 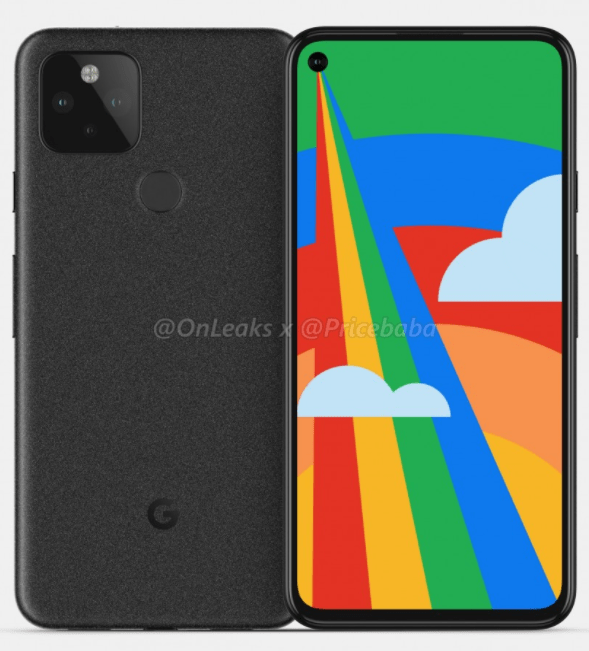 The Pixel 5 is rumored to flaunt in a 6-inches sized 90Hz OLED screen with FullHD+ resolution. The 4a 5G version can also come with a similar display size but a tad bit bigger than the regular Pixel 5. The company has taken some new decisions in the camera department for the higher devices which is an attractive upgrade for previous owners.

The device will sport a dual-camera setup on the rear that will feature a regular lens and ultrawide angle cameras which is a new addition as the company never used an ultra-wide lens on their smartphones. Google’s new device is rumored to pack in a 3,080 mAh battery with support to 15W Qi wireless charging and 5W reverse wireless charging. There are no price details of the Pixel 5 but the 4a 5G device will get priced around $499.