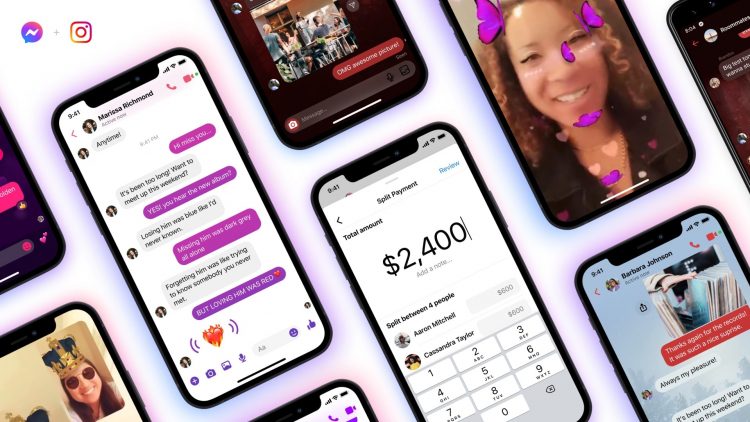 Facebook has introduced a new Split Payments feature in Facebook Messenger. The new Facebook Messenger feature will allow users to calculate and split expenses, like a restaurant bill, with others right from messaging platform. The messaging app is reportedly going to feature a bill-split function shortly.

This in-app feature will be helpful for groups to split the bill at many use cases like at restaurants or Netlfix’s subscription.

Meta will add this feature of sending or receiving money within the Messenger application. Meta announced the new Split Payment feature on their official Messenger blog. According to the company, the feature is still in beta and will be rolling out for users in the US this week.

The company shared a post stating, “we’re starting to test Split Payments, a free and fast way to share the cost of bills and expenses. The feature might be rolled out for both iOS and Android users starting with the US.”

To access the new Split Payments feature, click the “Get Started” button in a group chat or the Payments Hub in Messenger. Users can then split the bill evenly or modify the contribution amount per individual.

After entering a personalized message and confirming their Facebook Pay details, users requests will be sent in the group chat thread.

Facebook has also released sound emojis and additional group effects. Using the group effect, users can get a better video calling with fun AR experiences for everyone in the group.

According to reports, Facebook has also joined hands with four creators to bring custom new effects in groups for the users while using Messenger and Instagram video calls.

The feature could be helpful in situations like for up a restaurant bill with your friends or splitting a bill with roommates. Users can ask for money from people right in a group chat and see who has paid their portion of the request.