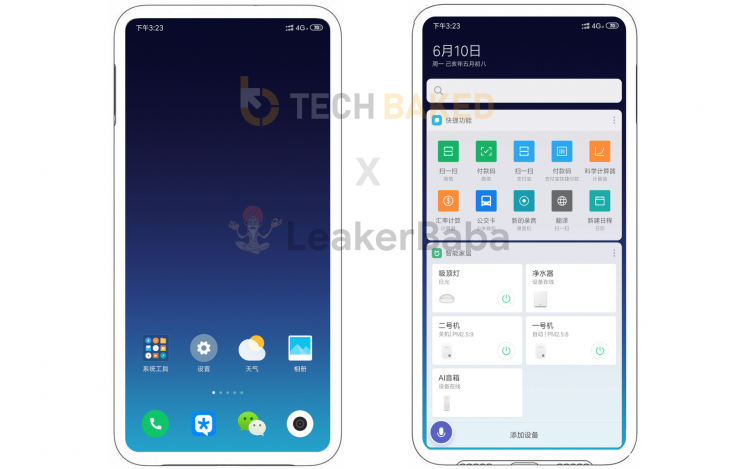 We’ve been seeing Xiaomi moving towards innovations more and more. With new innovative technology, Xiaomi wants to take on the smartphone market. Similarly, Xiaomi is working on an In-Display Camera smartphone. If you heard it for the first time, an In-Display Camera is a camera that hides behind the display of the smartphone. This technology means to get rid of the notch displays and provide a full-screen experience.

It’s been a year since Xiaomi and Oppo displayed their In-Display Camera prototypes. In September 2019, a report from LetsGoDigital told us that Xiaomi patented a smartphone with dual in-display cameras, which hide when not in use. An exclusive report from LeakerBaba to Tech Baked revealed Xiaomi’s patent sketches of the upcoming devices.

Xiaomi has applied for multiple patents, that show off the placement of the In-Display Camera placements. Each patent sketch shows off Camera placements at different positions. Additionally, the Patent Sketches reveal devices with both single and dual front camera setup. These patents show us that the company is trying to get rid of the notches sometime shortly. Let’s take a look at the patents closely.

If you see the Patent Sketches above, you’ll see that there are two images of the Display setups. These two images show the difference in the display when the camera is closed/opened. So the camera setups in these images are placed in left, right, and center. It looks like Xiaomi is experimenting with the placement of these cameras. That said, the center placement also applies to the dual front-facing camera setup. It seems a little weird if you look at it. 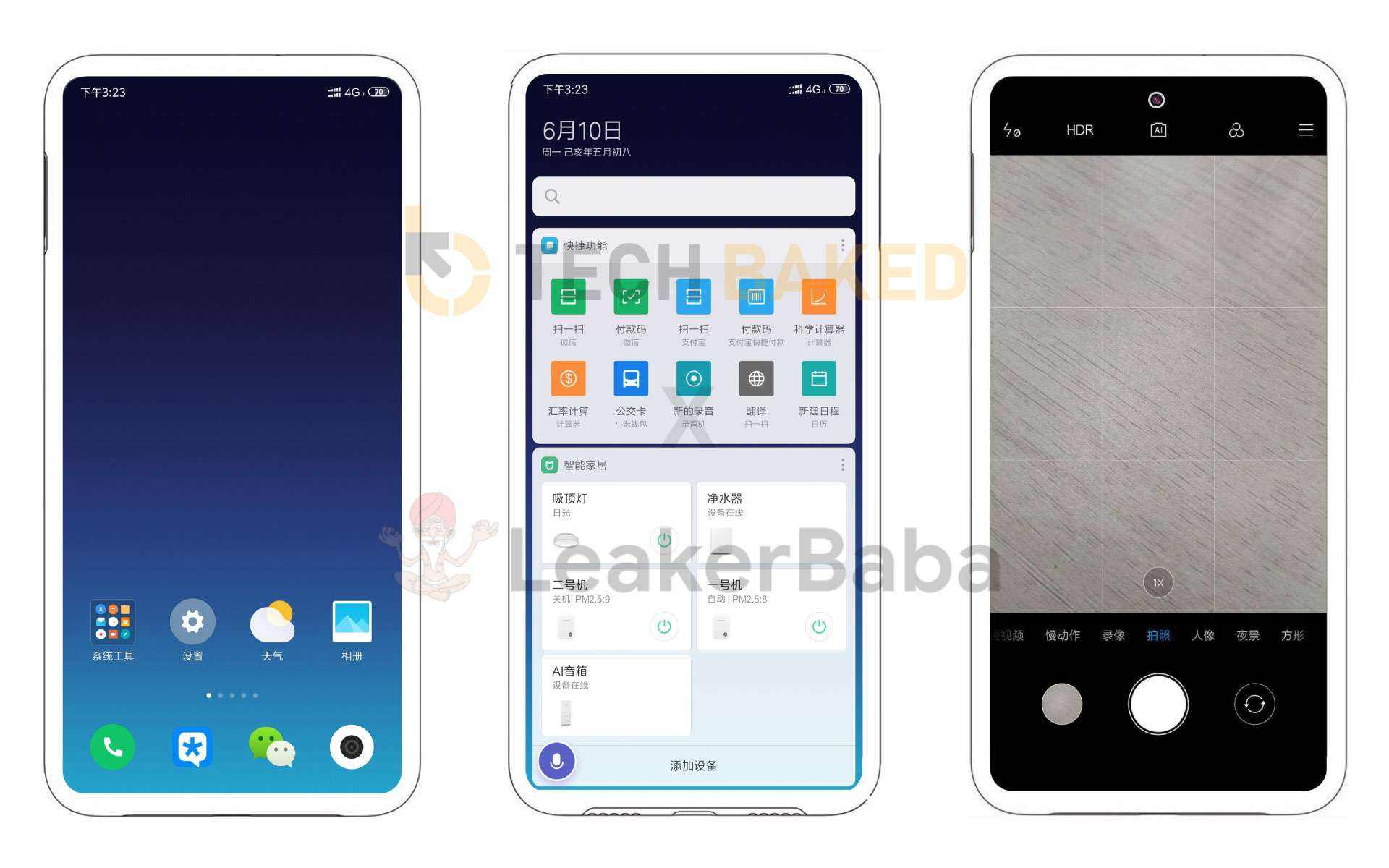 These cameras will show up only when required. It would open up when you use face unlock or the camera app. There are also images with MIUI running on them, and they show no sign of notch display as well. With this technology, Xiaomi seems trying to eradicate the notch displays forever and is in the race to be the first one to do it. However, we don’t know what Xiaomi will use to achieve this technology.

As a result, these are patents, and we can’t take these for granted. It seems like Oppo and Huawei are also in the same race. But in the end, we have to see who gets the finish line first.

What do you think of the Xiaomi’s In-Display Camera? Are you excited about them? Let us know in the comments below.
For the latest tech news and reviews, follow TechBaked on Twitter, Facebook, Instagram, and join our Telegram Channel for daily tech news in your inbox. Also, follow LeakerBaba on Telegram for more tech leaks.