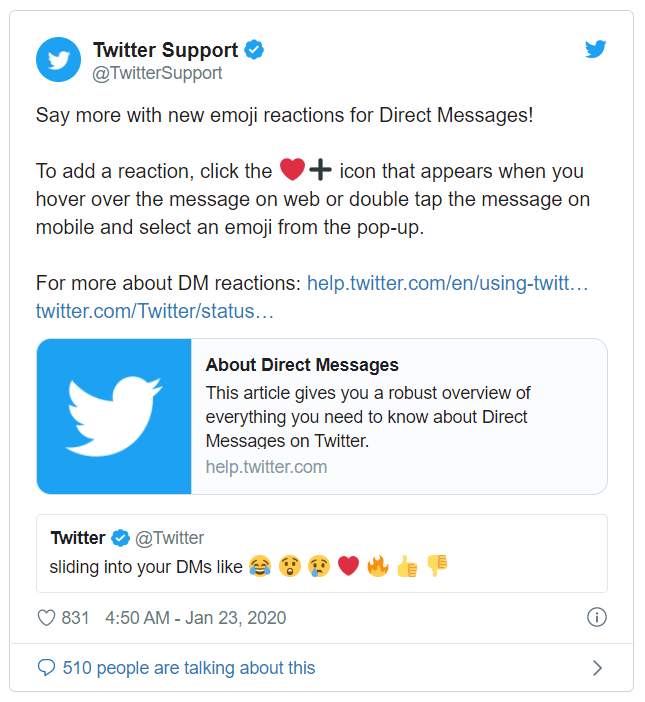 The Twitter community uses it more to Tweet than to chat via DMs. To make DMs more fun and exciting, twitter has now added emojis to react on messages similar to “Faceb” *cough *cough other social media. 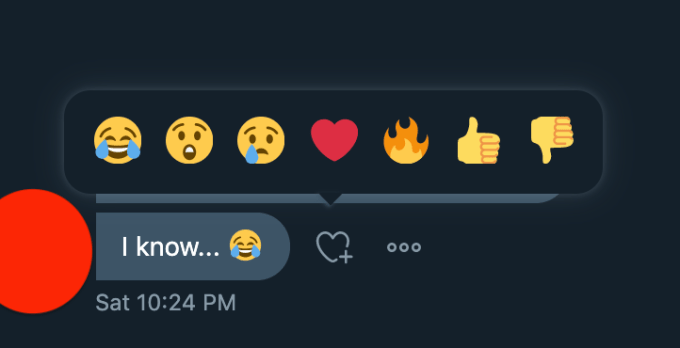 Clicking the Heart+ button will display a list of emojis which includes a Crying Laughter,  Surprised Face, Crying Fave, Heart, Fire, Thumbs up and Thumbs down emojis. It was surprising to see the absence of “Clapping” emoji as the tweets from twitter always seem to have at least one of them.

Social Media exists for people to express and share their emotions, and while there was a like button for tweets, we always felt the lack of emojis. Also, other platforms have had emojis for years, and now, its good to see our favourite platform has it.

Yes, your notification bar will be spammed for that one hilarious tweet of yours, which is quite annoying. Hope Twitter fixes this in future versions.

However, users who have not received the update yet will be able to see the reactions but strangely. 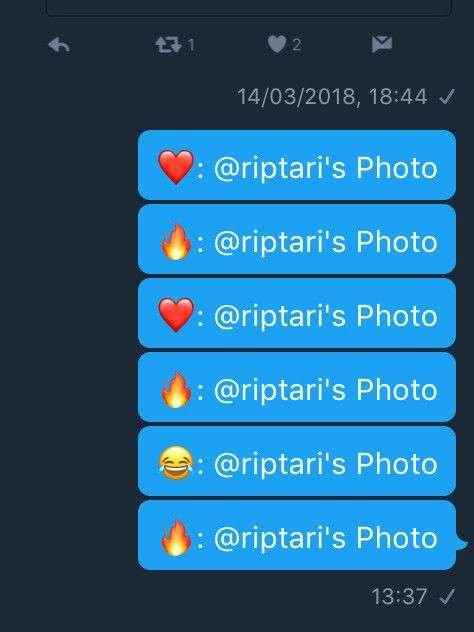 You can adjust the notification settings. Clicking on other emojis will replace it with the previous one which again sends the notification, and you ask the use of it? It might help you annoy people (JK). The updated app is now available to download from the Play Store.

It is good to see Twitter is improving with each update, and we hope that they don’t clutter the experience by loading features that nobody even cares to use. Minimalism has always been the key to get the attention of people, and twitter does it extremely well.