It’s a tough job looking for the best phones under 15000 in India. Comparing a lot of phones and deciding the perfect one for you is a tiresome work. The companies are just launching a lot of phones over time. It just creates more confusion in the customer’s perspective. 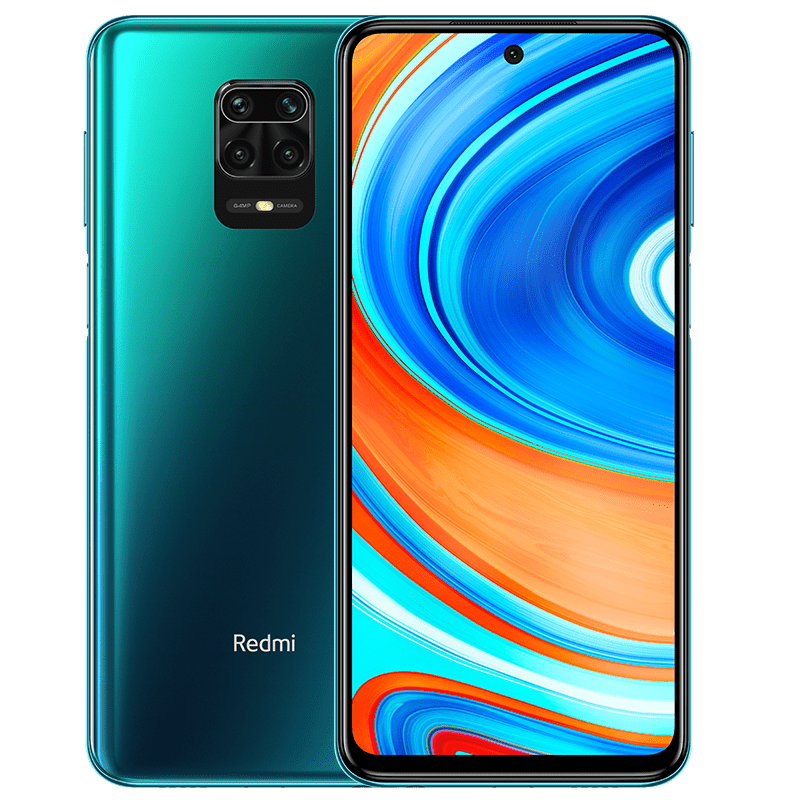 Xiaomi has been a renowned brand in the Chinese smartphone industry. Not only in the smartphone’s department but also in other electronic goods. But, keeping those things apart, Xiaomi has entered the Indian market and has achieved its position as most selling brands in the smartphone category.

The Redmi has been a go-to brand for mid-range smartphone buyers. Now that Redmi has become an individual sub-brand of Xiaomi, they have been focussing on bringing devices at great pricing and features, and Redmi Note 9 Pro is no exception. That’s why the Xiaomi Redmi Note 9 Pro is on our list of the best phones under 15000 in India. 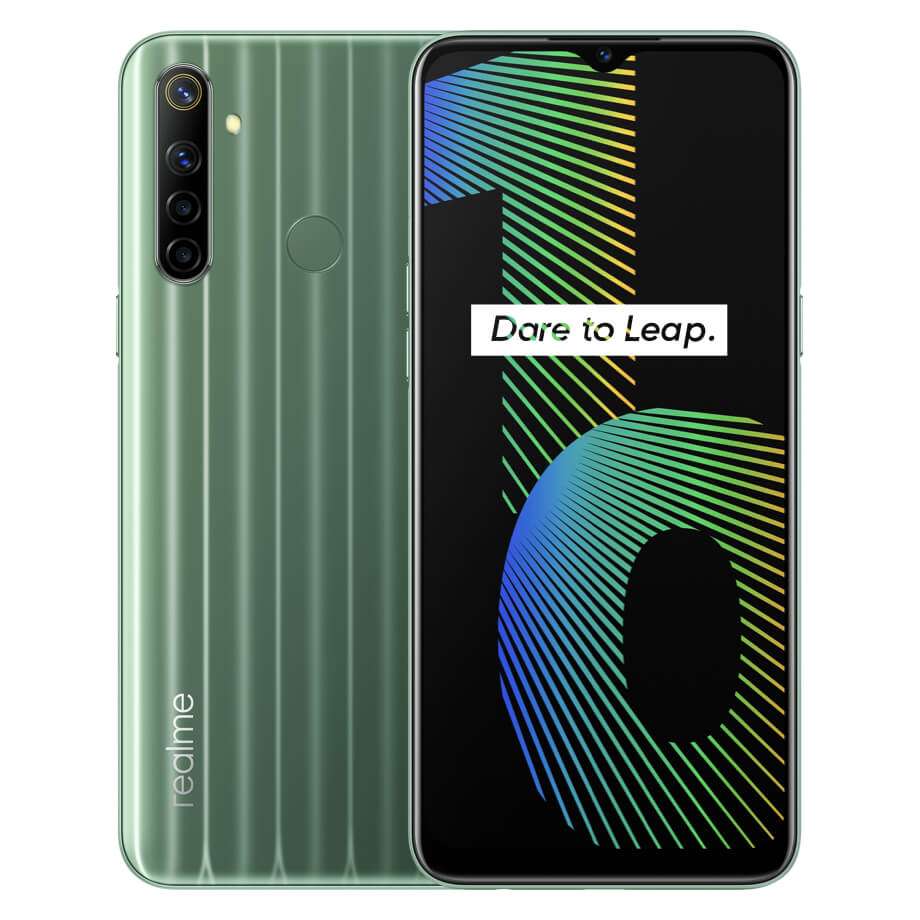 Realme has announced its Narzo series recently in India. There’s no price segment where Realme doesn’t get it hands-on. The 15000 is no exception to that as well. Realme already has a good reputation when it comes to the market share in India.

Realme Narzo 10 targets the youth of India primarily. Thus, you get to see a powerful chipset at transcendent pricing. It comes with a Heli G80 CPU from the house of MediaTek, which works perfect gamers. Since the primary target is Indian youth, gaming shouldn’t be an exception. That’s what makes it the best phone under 15000 in India for PUBG.

It comes with a 4GB RAM and 128GB storage to keep you equipped with your needs. The camera at a price is nice; however, it could have done better in low-light too. Some bloatware might still annoy you but can be uninstalled. Given the specifications and its pricing, it’s a steal deal. It is the best phone in India under 15000. 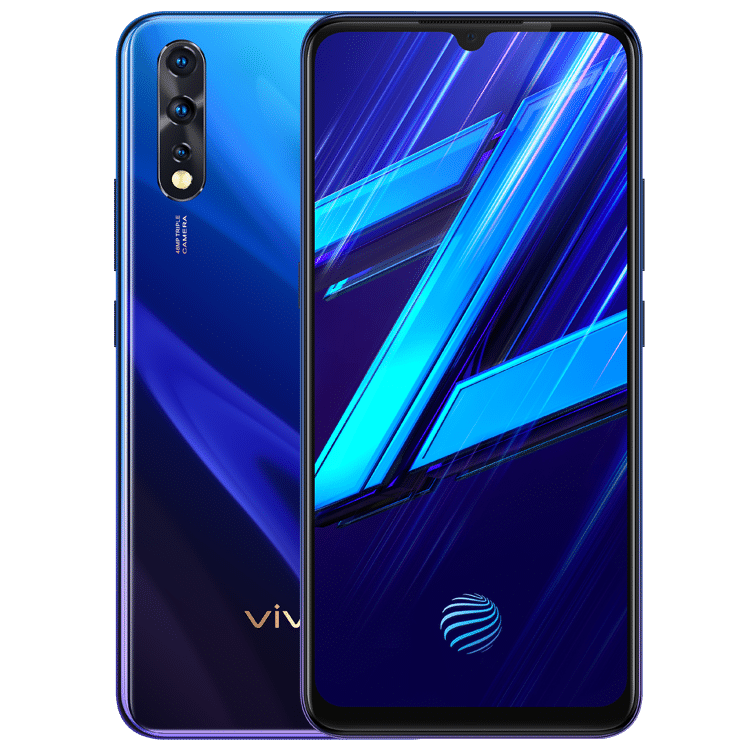 The Vivo Z1x comes with a Super AMOLED display, Snapdragon 712 at its heart. Funtouch OS might take some to get used to, but it sure can be over time. It thus becomes ideal for gaming, which brings it to the best phones under 15000 for PUBG. The camera and everything is good at the given pricing of the phone.

It is quite ideal for a user who is looking for a massive charge on their smartphones. If you are looking for an AMOLED display with good camera quality and can forgo the bulkiness of this smartphone, you can sure get hands-on the Vivo Z1x. 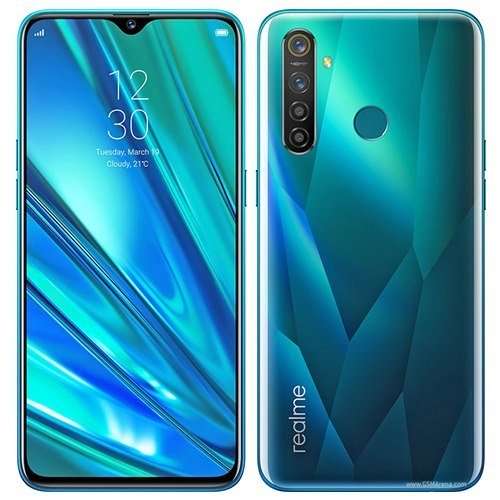 The Realme 5 has kept brand reputation after Oppo subsidized it. It’s a significant upgrade from the Realme 3. It’s a great phone with a strong overall performance with impressive photography capabilities.

It comes with the excellent build quality and design. The lightweight design is easy to handle for anyone. It’s selling point is the tremendous quad-camera setup. It comes with a better life compared to the Realme 5.

Although the Realme 5 has one variant which stretches over the given budget, it should be taken into consideration if you can extend your budget a little. The above reasons do add up to the smartphone being one of the best phones under 15000 in India. 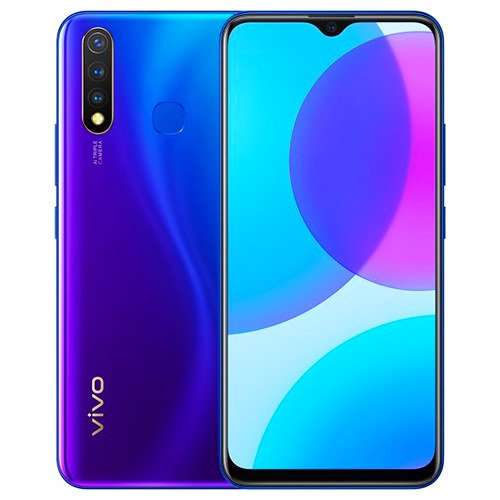 Vivo always took the stand in the budget segment of the Indian market. And focusing on selfie cameras and good music has always been their thing. With the Vivo U20, the company’s focus was on the design and build quality along with camera quality as always.

The Vivo U20 comes with a great design and build quality at the same time. The performance wasn’t quite that anyone could expect from Vivo. With excellent performance, the camera does a fantastic job of keeping it up. There’s a massive 5,000 mAh battery to juice it up.

Overall, the Vivo U20 is a decent phone with an excellent display and design quality. It doesn’t compromise the processor, camera, and battery at the same time. All of this comes at a very affordable budget making it one of the best phones under 15000 in India. 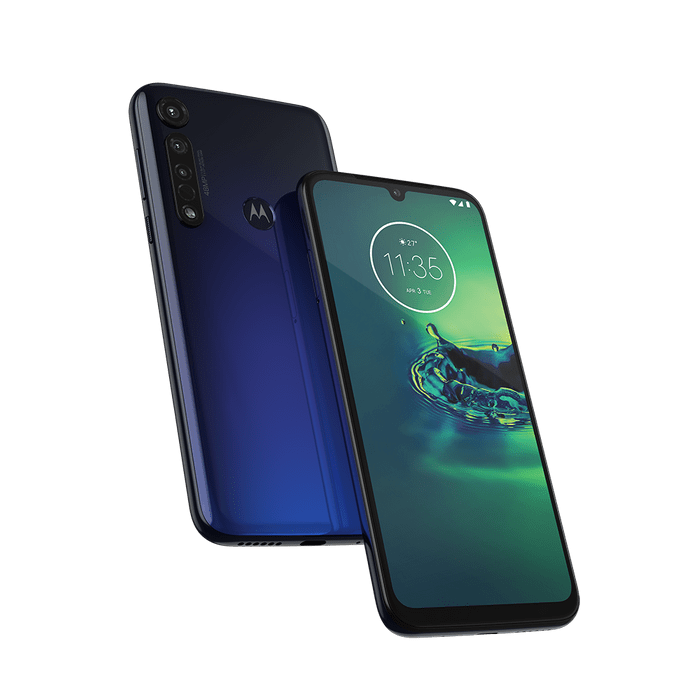 Motorola got acquired by Google a few years ago and later by Lenovo. Lenovo ‘s smartphone series didn’t do any good for the company. Thus, the saga continues with Motorola, or simply Moto. Moto introduced the G8 Plus in October 2019.

Moto G8 Plus packs a decent amount of features at a price tag of just Rs.15000. Interestingly, it comes with the best in class stock Android experience running under a crispy 1080p display. In addition to that, we get good stereo speakers and outstanding battery life. The processor is slightly better compared to other models offered by Moto residing at the same price range. If you ask me it’s better to go with the Moto G8 Plus.

If you love stock Android and want a good display with stereo speakers, then this one is for you. The Moto G8 Plus falls a little behind after the Xiaomi Redmi Note 8 Pro marking it #2 on our list of best phones under 15000 in India. 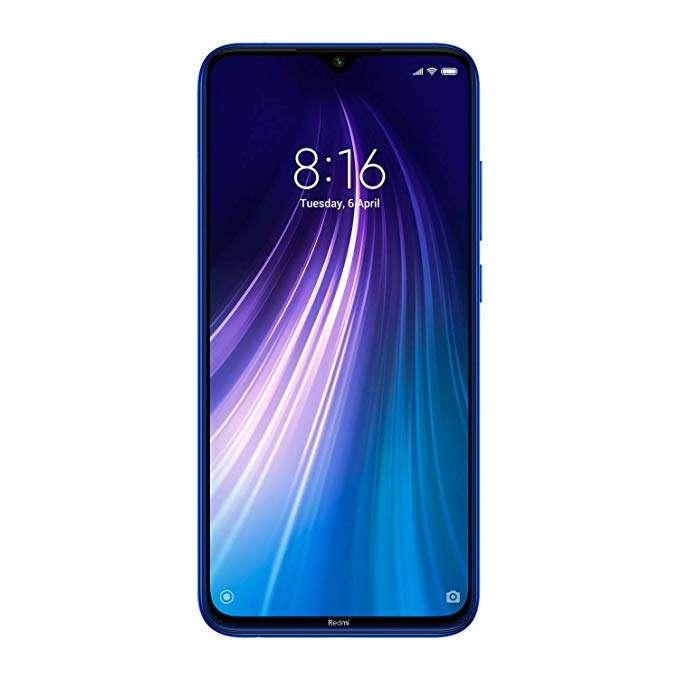 Redmi has taken over the Indian market by storm, and the credit goes to the Note series. The Redmi Note 8 is the younger sibling to the Redmi Note 8 Pro. The overall package contains all the essentials you would need in a budget smartphone.

The Redmi Note 8 packs the right amount of power to run through your day to day tasks with ease. It comes with a great display and a fantastic battery. Don’t expect too much for it to perform substantially. It is due to a lower-end processor, but this isn’t a phone with a high-end budget.

The camera does a fair amount of job at capturing photos given conditions are favorable. But if you take the pricing into account, you would feel its worth the given price. Thus it made to the #3 on our list of the best phones under 15000 in India. 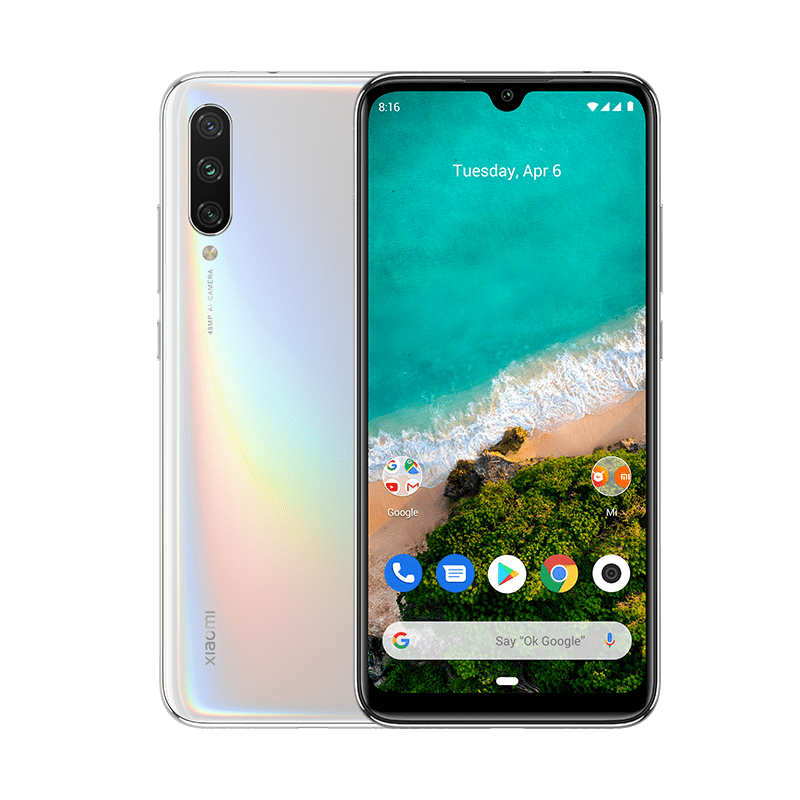 Xiaomi is the device of choice for many people under a given budget. But there’s one thing that keeps people away from Xiaomi still, the MIUI. For those who hate the MIUI 11 but even want to get the best of stock, Android can go for Mi A3.

Android One OS from Google powers the Mi A3. It packs the same processing power, great OLED display, and a fantastic battery. It doesn’t fall behind the build quality, which is quite superior to what we used to get in the Mi A2. The only thing that disappoints us at this price range is the 720p display, which was a little unexpected — making it one of the best phones under 15000 for PUBG.

The Mi A3 is for the people who would love to get on the stock Android track to achieve timely updates without delays. Also, for those who are looking for a gaming and camera phone. Just remember that the screen is 720p before you make your choice of compromisation. And these are the reasons why it is one of the best phones under 15000 in India. The Realme 5s is another refreshed version of the Realme 5. As Realme tends to keep its budget segment full of these updated models, it gets quite confusing. The Realme 5s delivers what lacked in the Realme 5. Just one thing that makes us considerate is the pricing. Priced the same as Realme 5 makes it a great value.

It comes with a splendid design and battery to compensate. The processor does a fair amount of job for the phone, but you shouldn’t expect it to be a gaming phone.

As an upgrade to the Realme 5, you get a fair deal at the same pricing. So it’s better not to complain. Thus, it made on our list of the best phones under 15000 in India.

The phones mentioned in the list are curate over extensive research. This list will be updated every month whenever there is a change. If you are looking for a perfect smartphone, it might not be available according to your needs. So you need to choose your preferred attributes over a single feature.

Before buying any phone, make sure that you do a little research before you buy any smartphone. And also it is always recommended to prefer the latest phones over the old ones. There are several factors to consider purchasing a phone. That includes display, processor, OS, cameras, and battery.

These days phones are launching like hell. So make sure to look out for the factors mentioned. If you have a good sense of the above factors, you’ll know the ideal phone for your needs. Thus, make sure that you check every available option before buying any smartphone.

A 22-year-old Tech Enthusiast who is into tech more than you. New tech excites him moreover anything else. Apart from tech, he does Graphic Designing as well. He's well known for his Vector Avatar made for MKBHD.

Huawei Mate X2 Launched: Everything You Need to Know

Microsoft confirms sleep problems and other issues in Windows 10 KB4535996