Apple is making all the bells and whistles to bring its new Neckband earphones to the market. Recently, they launched its iPhone SE (2020) after a lot of speculations the announcement took place without any noticeable media coverage where the Apple officials posted an article on their Newsroom about the new iPhone’s specification and typical features.

There’s a new patent filed by the company that showcases their plans to bring an affordable yet sound rich earphone to the market. The copyright file features some sketches of the upcoming neckband with a dedicated volume control switches as well as a mic. The design is a bit similar to the wired EarPods. In essence, these patent images get sourced by a Twitter user named Gadgetsdata(Debayan Roy).

Apple’s Airpod 1st and 2nd generation turned to be an excellent deal for the users, as it blends in perfectly with their eco-system overall. We can say it works so efficiently by one key feature where the AirPods if connected to a single Apple device, can also be synchronized with different Apple products hassle-free. It helps when using Airpods and switching from one device to another without needing to connect them every time. 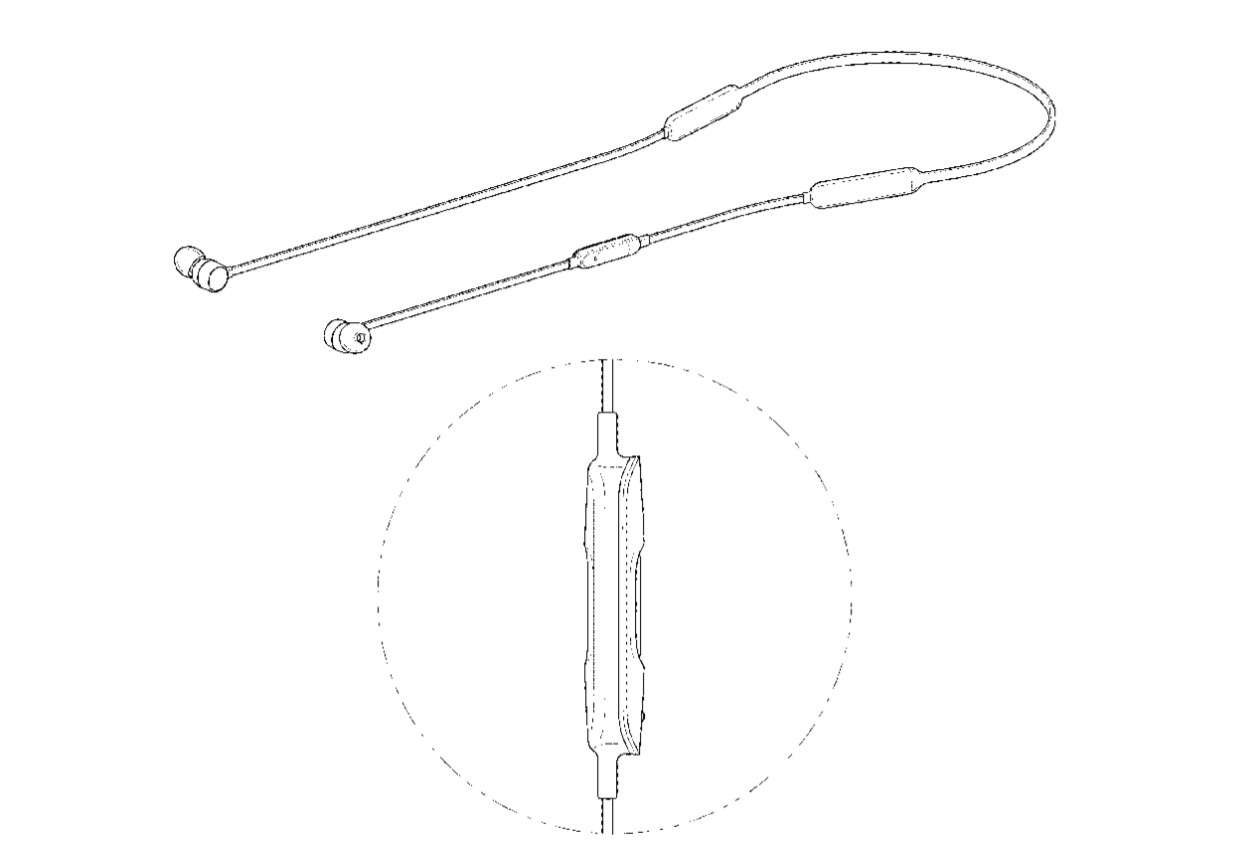 The other essential feature discussions about the Airpods and the unreleased Neckband earphones is the Noise insolation. In the second generation of Airpods, the manufacturer has introduced an option for noise cancellation by pinching the earpiece. This feature took the AirPods usability to the next level and also helped to cope up with sales for Apple.

This same feature can also found in these upcoming Neckband earphones from Apple. Compared to other Bluetooth Headsets found in the market, Airpods comes under an expensive deal. But, if these new Patents are to take into consideration, the wireless neckband earphones should be more affordable as they can draw more consumer base in countries like India.