Apple Maps’ redesigned app has now arrived for users in the US and will also be available in Europe pretty soon. Apple claims that the redesign aims at providing accurate and faster navigation, and a comprehensive Google Street View like experience. 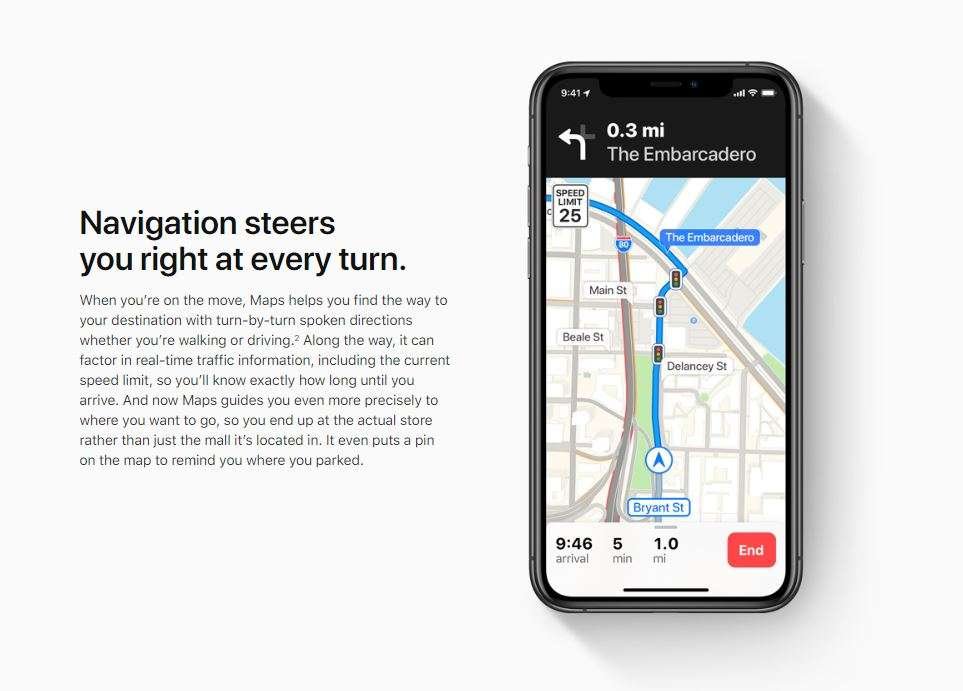 It looks like this time, Apple has put a lot of effort and is aiming to make users shift to Apple maps from Google maps (That’s what it looks like). New Apple Maps now cover an area of over 6 million miles.

In an interview, Eddy Cue, Apple’s vice president of internet software and services, said, “We set out to create the best and most private maps app on the planet that is reflective of how people explore the world today,” which is a quite bold statement.

Real-time transit will also be available in Miami starting Friday, in time for the upcoming Super Bowl, along with the new Maps apps.

The first version of Apple’s Maps did get released in 2012, and it was supposed to be a replacement for Google’s Maps. It did launch alongside iOS 6, which was quite exciting back then. But, eventually, users started complaining about the navigation being inaccurate and pathetically slow. Apple later apologized by firing the “head of software” and promised about a better version in the future, which is here now.

Apple has been regularly pushing updates and has added many features such as real-time transit information, flight status updates, indoor maps for airports and malls, and a flyover feature to give 3D views of certain cities since Maps’ launch.

Apple also revealed more details about Maps at its developer conference last year, where it promised the newer version to start rolling out at the end of 2019 or 2020 and has delivered its promise.

iOS 13 also brought major “Google’s Street View” like feature, which helps you explore cities in more detail. Apple also added features where users can now add the places that they frequently visit, in their collections, and navigating from home to work and vice-versa.

Maps wouldn’t require users to log-in via Apple ID, as it helps safeguard personal information.  Google Play Services tend to collect location history, which allows the maps to identify users’ daily commute. Apple Maps, on the other hand, is said to be using the “On-device” intelligence to do things like suggesting a departure time to make your appointment.

As far as the users shifting to Apple maps is concerned, it’s going to be tough for Apple to convince users. Google Maps on the App Store has 2.9 million ratings with 4.7 stars, which is impressive.

Found this article interesting? Make sure to follow us across Social media for exciting tech news